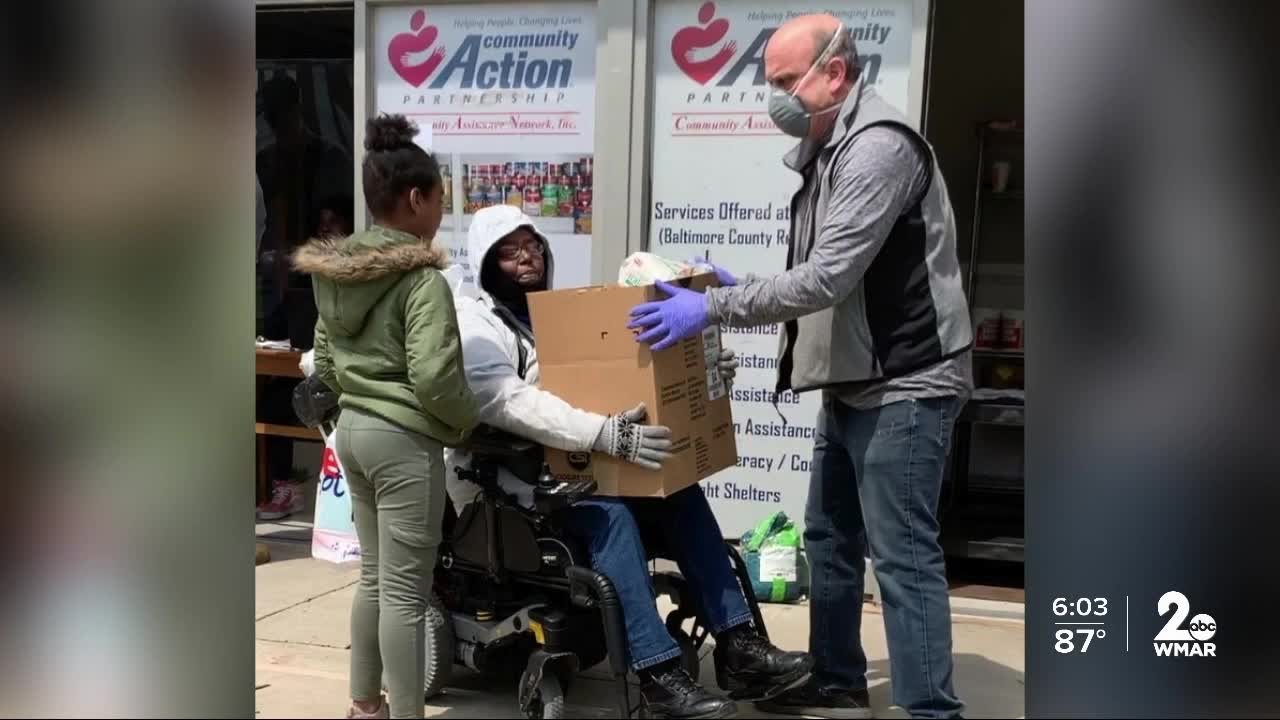 The coronavirus pandemic has caused many people to lose their jobs. Even before COVID-19, people have been struggling.

The coronavirus pandemic has caused many people to lose their jobs. Even before COVID-19, people have been struggling.

The Community Assistance Network (CAN) saw an increase of people in need right before the virus hit.

CAN is a non-profit organization that focuses on helping people get back on their feet, like Montressa Sampson who struggled when she lost her job earlier this year.

"I was homeless going through the struggle of being a single mom," said Montressa Sampson. "Once I found the people at the family resource center, these people really care. They’re the most wonderful people that I ever met. They’re very resourceful which is why they picked the perfect name for it."

CAN found her a house and helped her apply for jobs.

"About a week later I get a phone call, I thought it was telemarketers. The lady called she said this is fed ex we want you to do the on the phone interview, I almost dropped my cell phone," said Sampson. She got the job and said things are looking up.

Sampson is one of 63 people CAN has been able to put in independent permanent housing since the beginning of the pandemic. Typically in the same time period they are able to house about 45 people. In March, their shelter had to stop taking new clients and the most at risk clients were put up in a hotel.

"It allowed us to focus on the most difficult chronically homeless cases and really give them the kind of intensive support that they needed in order to make that big step," said Mitchell Posner, the Executive Director for CAN in Baltimore County.

Posner said the food pantry they run has had 40 percent more people since the beginning of March, 30 percent of them first timers. He said they're "people you wouldn't have expected to have seen prior to being laid off or unemployed."

They've been able to handle the influx of people because of their hardworking staff. However, Posner is worried about the second half of the year. He's worried more people will need their support since the unemployment benefits are ending soon and the 24 week payroll protection program is running out.

Plus, the eviction moratorium will end soon too.

"People who have been previously behind or landlords that aren’t cooperative have been calling us in need of help to stay up with their payment so when the moratorium ends and courts reopen they won’t be that far behind," said Posner. "A little bit of a bandaid approach but it’s helping avoid homelessness."

CAN has applied for state and federal funding but if you'd like to help them, click here.

"I would encourage them to donate because their money or their resources it wouldn’t be wasted," said Montressa.

She said CAN put her faith back in people and organizations since they helped her immediately with all aspects of her life.