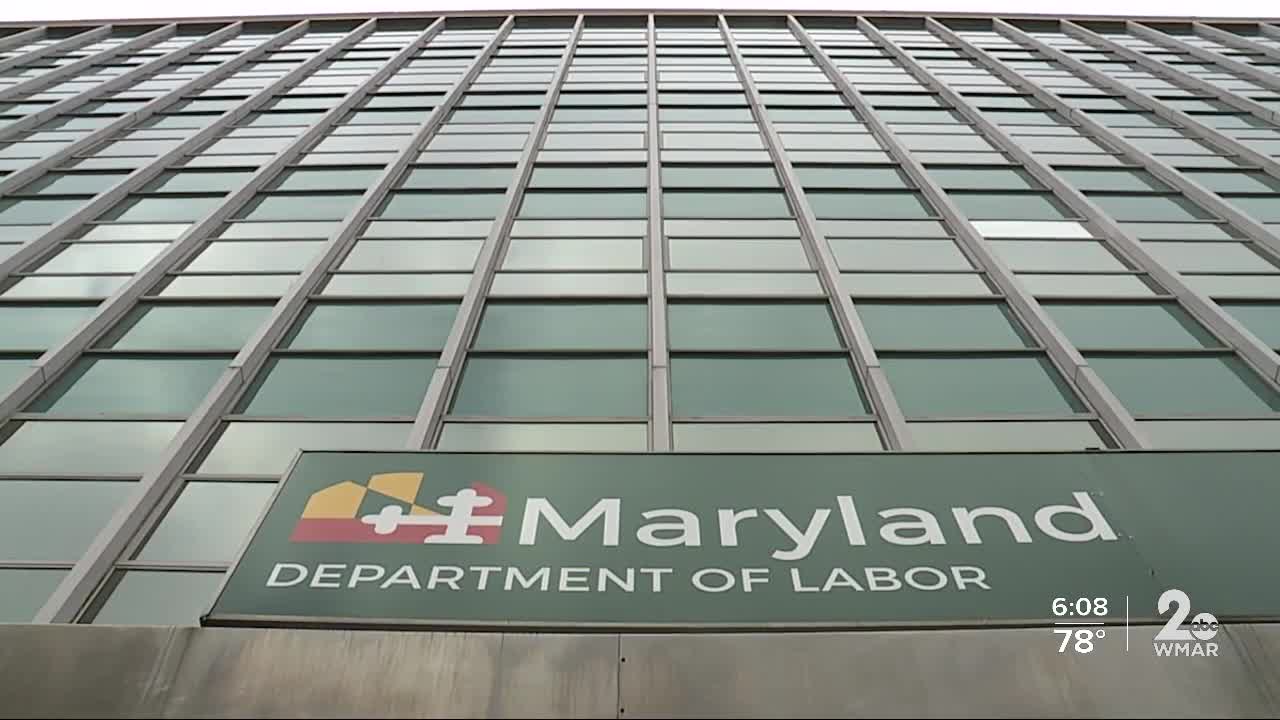 The Maryland Department of Labor has received over 660,000 new unemployment claims since March 8, which is more than triple what the agency received in all of 2019. 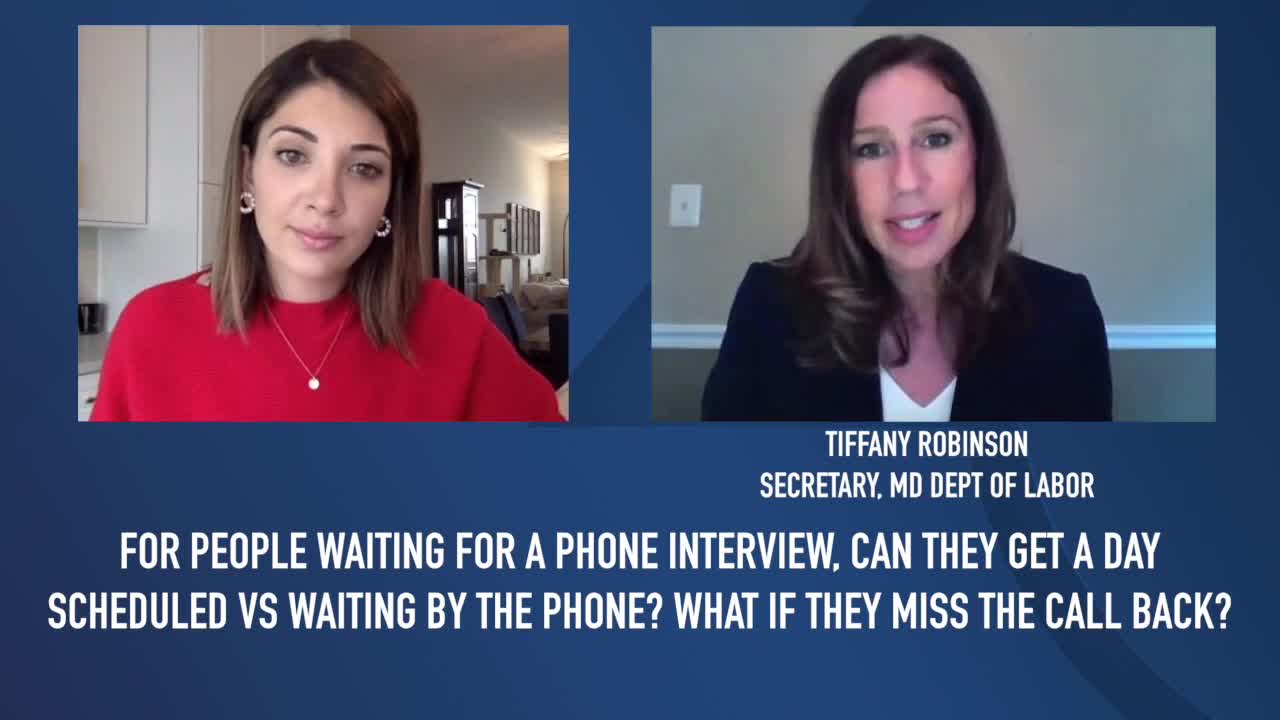 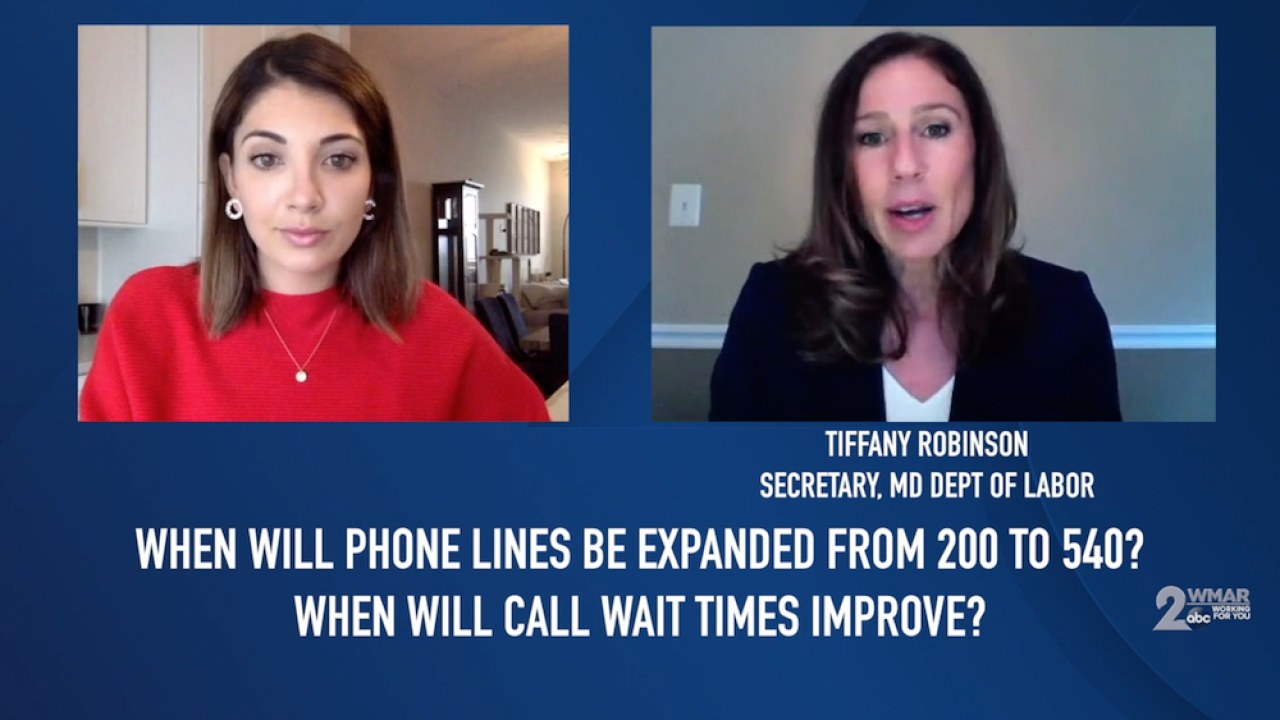 BALTIMORE — The Maryland Department of Labor has received over 660,000 new unemployment claims since March 8, which is more than triple what the agency received in all of 2019.

While hundreds of thousands of claims have been paid, Secretary of Labor Tiffany Robinson said in an interview with WMAR-2 News Mallory Sofastaii on Thursday that less than 100,000 claims are still pending adjudication.

"We are looking to triage the oldest claims so we can get everything cleared from March and April and show people we are working forward," said Secretary Robinson.

Phone lines have been an issue with many trying hundreds of times to speak with someone at the claims center, but unable to get through.

Robinson said wait times should improve with the launch of their new Interactive Voice Response (IVR) system, which will expand the number of phone lines from 200 to 540. The system will have additional functionalities for filing weekly certifications and resetting PINs.

"They’re running some additional testing on that today, I’ll have an additional update probably tomorrow when that’s going to go live. They’re in the final testing phases. Obviously, I don’t want to launch something that we’re not 100 percent sure is ready to go," said Robinson.

Another issue many claimants have run into is waiting weeks, even months for a phone interview. Robinson said they're experiencing a backlog but are prioritizing claims dating back to March and early April.

"We had one case that took no less than 20 calls back and forth between the employer and employee and the employer was contesting the case, so sometimes it’s not only that someone misses a phone call, sometimes it takes that much back and forth from one agent following up asking for additional documents and questions. It’s an insurance program, so just like if you were in a car accident, the claimant’s information comes in and then you have to go and get the other details involved in the case and get the police report and make sure the data is syncing up. And our job is to do everything in our power to try and get our Maryland claimant the benefits that are entitled to them," said Robinson.

When asked how the agency plans to communicate more frequently and effectively with claimants, Robinson said they are looking at finding a better way to do this within the BEACON portal. She also added that she has "not declined even one request from any legislator for a phone call, for a briefing, for an update, for a hearing."

Meanwhile, claimants grow more desperate having gone months without any income and no clear answer as to when they'll receive what they're entitled to.

"I am promised a call back and nothing. If this were happening to any of you, you would understand what a gut wrenching, helpless, hopeless feeling this is. I am a lifelong Marylander who loves his state. But the feeling I have at this point is my state has turned its back on me," wrote Jason MacWilliams in an email to Secretary Robinson and the Department of Labor on Thursday.