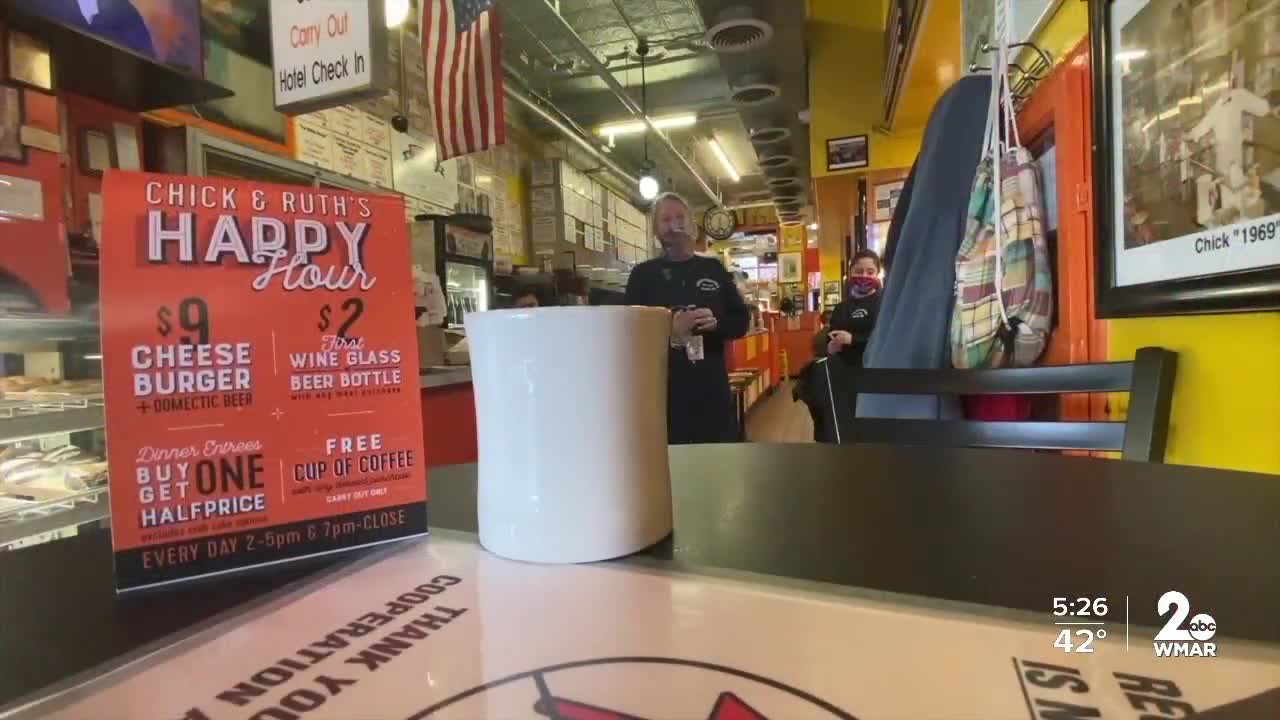 ANNAPOLIS, Md. — Chick and Ruth's Delly has seen more dinners than any restaurant in Annapolis. They were full morning, noon and night.

"There was a line out the door, packed everywhere. It's just so weird, we had 8 servers inside, now we have two," said Shelly McFadyen, a manager at Chick and Ruth's, talking about before the pandemic. Now staffing is much different.

Working at 25 percent occupancy makes it tough to even turn a profit and now they have to spend more money as they bring in less.

"We have paper menu's, you have to revise our menus. As far as the kitchen staff goes, the staff is now doing carry outs," McFadyen said.

With less business, they are taking this time to upgrade their rooms they have upstairs. The Scoutlar Inn will now be called, The Inn on Main.

Before all the changes here at Chick and Ruth's they had bus-boys, cooks, waiters and waitresses, now everybody does everything.

"We have no bussers, we do have one dishwasher, we do have a few cooks, more prep in the morning, usually two servers doing carryout and inside. So everything has been reduced and so everybody is doing pretty much everything," said McFadyen.

They use DoorDash and GrubHub for delivery, but that has an extra charge. To save some money you can go on their website an order through Mobile Eats to save a little money.

"You can place your order on line off the menu, come in and pick it up," she explaimed.