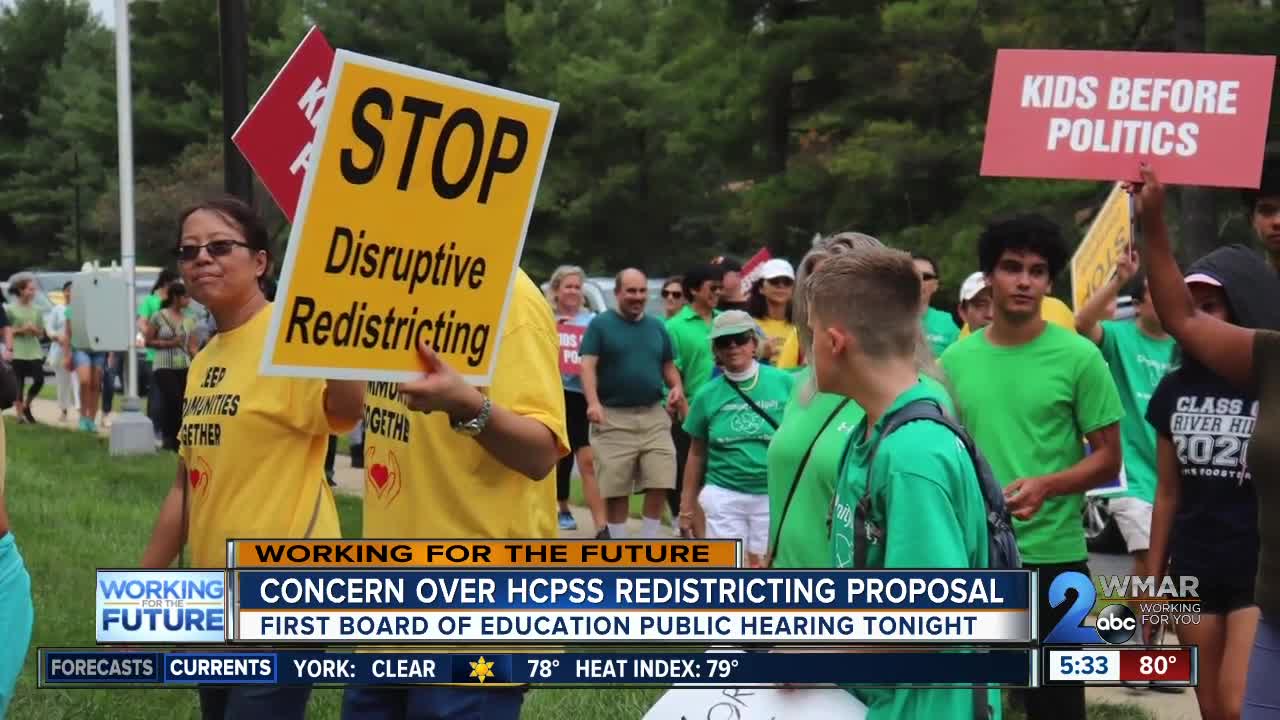 The Howard County Board of Education will hold the first of three public hearings on the Superintendent's redistricting proposal Tuesday night.

ELLICOTT CITY, Md. — The future of where nearly 7,400 Howard County students go to school could be changing if the Board of Education votes to accept the superintendent's redistricting proposal. Dr. Michael Martirano said by reassigning the students, they could alleviate overcrowding and address inequities in the distribution of students affected by poverty.

But some parents are concerned about uprooting students.

"It appears that there may be marginal improvements in terms of percentages, perhaps in overcrowding and equity but I think the real question we need to ask is what are the benefits to the children," said parent Christi Snyder.

The superintendent's recommendations come after a review found nearly half of the county's schools are either underutilized or over capacity and there's an uneven distribution of students in the Free and Reduced-Price Meal program.

Some, like Howard County Indivisible, are in favor of it.

“Howard county really needs to do some redistricting to balance that,” said Laurie Chin with Howard County Indivisible. “Some of the things that have been proposed are looking at equity and fairness across schools. Looking at balancing some of the socioeconomic factors while we do the redistricting, which we would be doing anyway.”

But a coalition Snyder is part of, called HoCo Families for Education Improvement (FEI), is organizing against the proposal.

"We absolutely believe that there needs to be redistricting in terms of overcrowding and we believe that every child deserves a good education. We don't believe that just moving the children from one school to the next will do that," said Snyder.

MORE: Board of Education looking at redistricting Howard County schools

They cite a recent publication by Sarah Cordes, PhD at Georgetown University, saying that research today is not conclusive on if socioeconomic integration alone would produce the hoped-for gains on the academic side of the integration equation.

They think that the redistricting will actually cause more harm than good for the most vulnerable students.

"Students would have to be transported much longer, sometimes their commutes would be 2 to 3 times as long. It's very important that children are also not ripped form their social circles," said Snyder.

The coalition wants to see a price tag for how much the redistricting would cost, as well as more time to analyze solutions that directly address the achievement gap.