Mt. Hebron High School gets closer to six million stamps for its "Stamp Out Intolerance" project 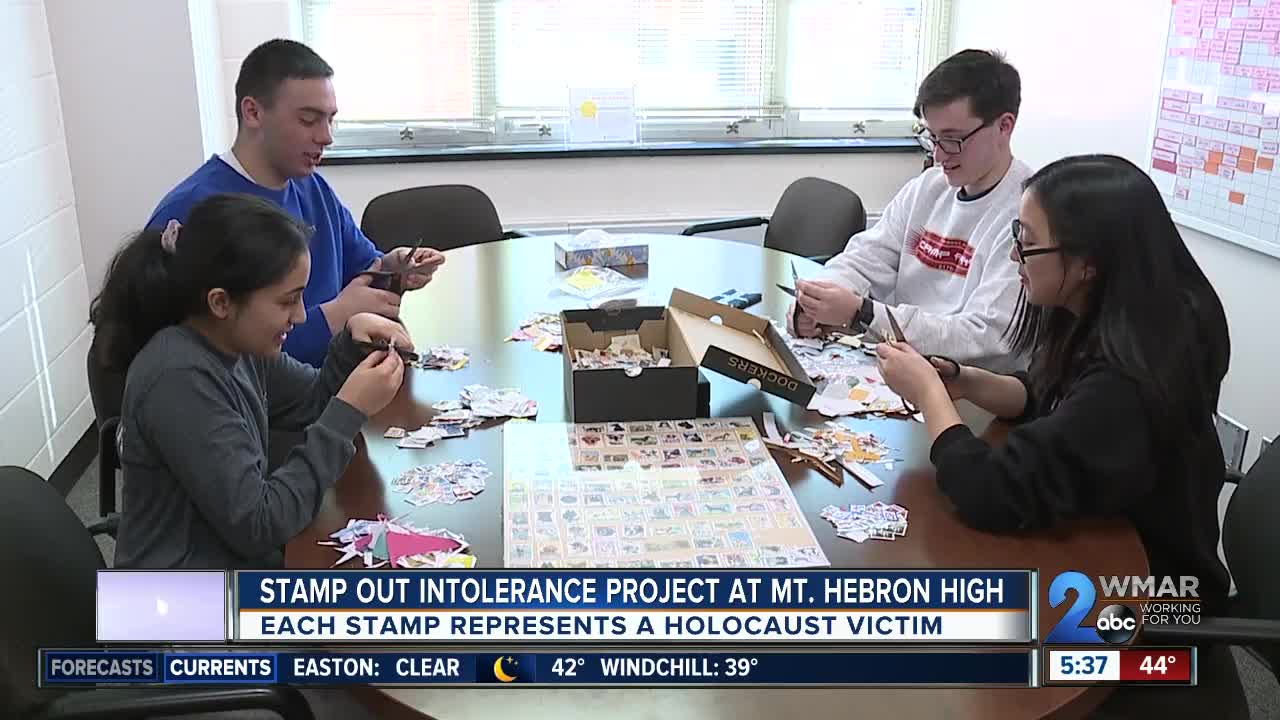 Students at Mt. Hebron High School in Ellicott City are collecting six million stamps to remember the victims of the Holocaust and promote tolerance. 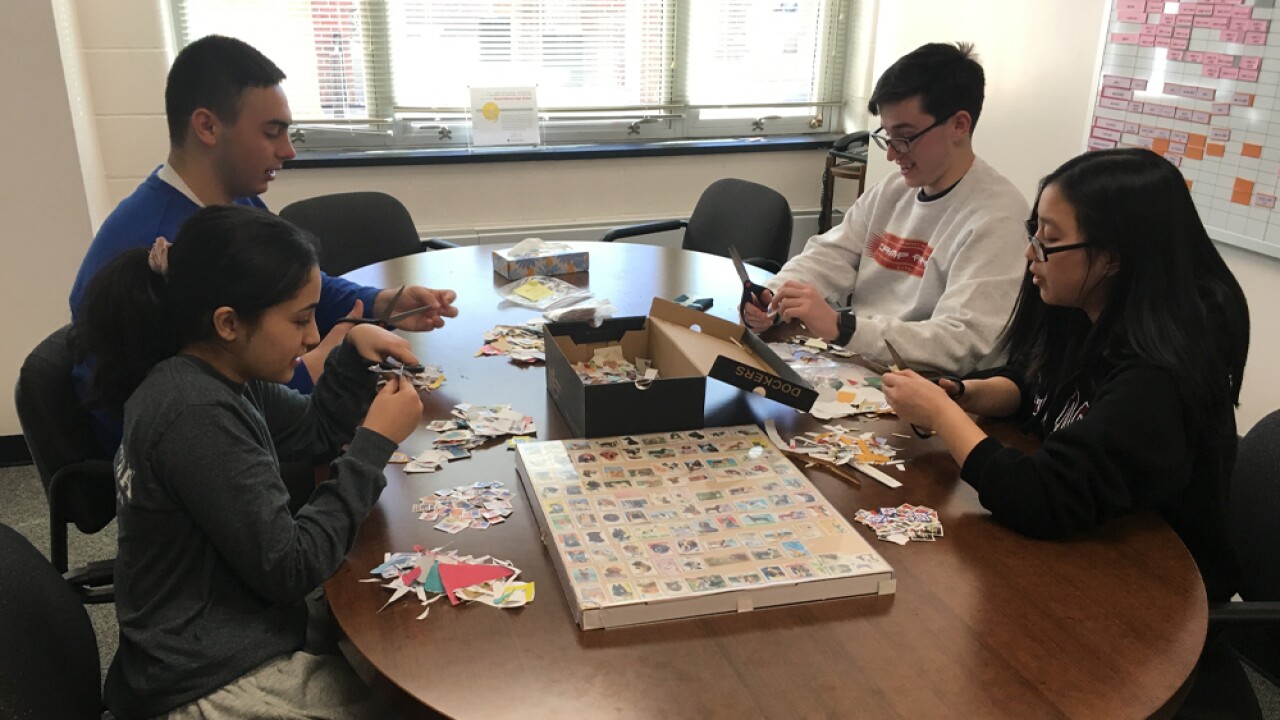 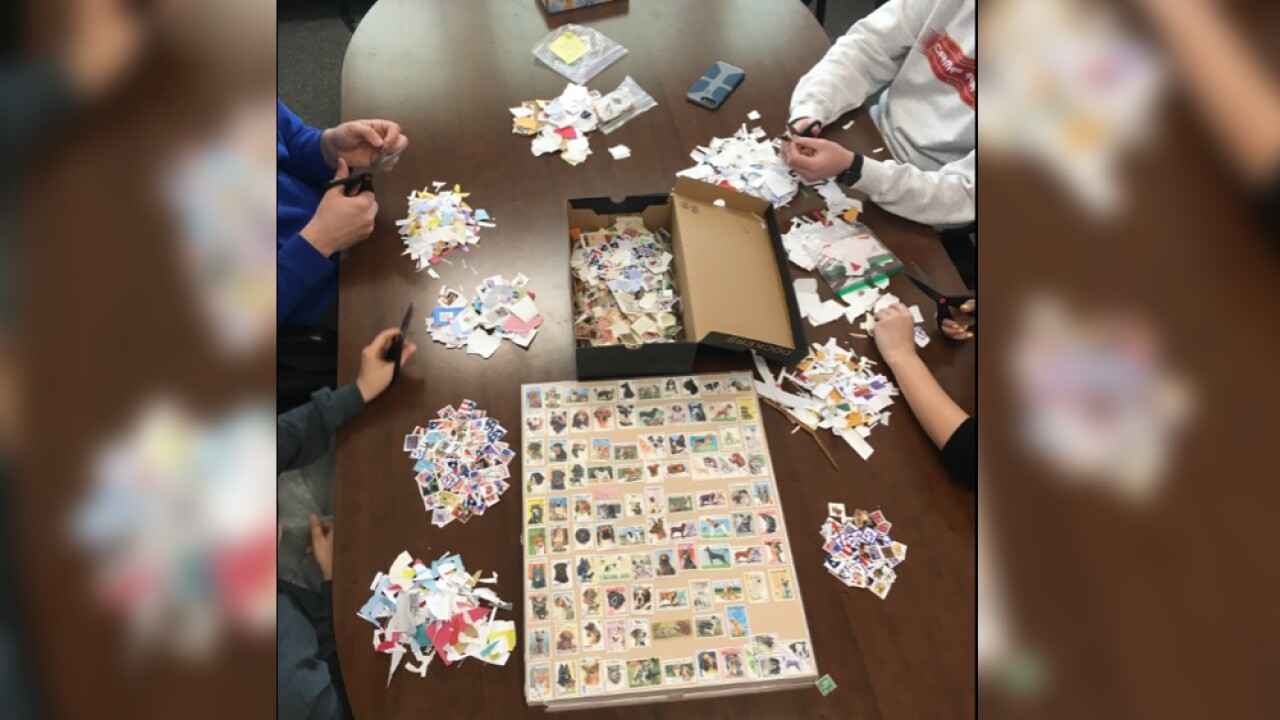 It's not the kind of activity you'd typically see high school students doing but there is a greater purpose behind their efforts.

The students are part of the Stamp Out Intolerance project, which started at Mt. Hebron more than 10 years ago. The goal is to collect six million stamps, each one representing a victim of the Holocaust.

"It is a huge task, but it really is one that I think Mt. Hebron, because it's so special, could actually accomplish," said senior Justin Cargiulo.

The project is inspired by another project called Six Million Paper Clips, which memorialized the victims of the Holocaust. English teacher Cyndie Fagen decided to do it a little differently and collect stamps instead of paper clips. Her colleagues, as well as students, jumped on board with the idea.

Sadly, Fagen will not be here to see the day when the project gets its six millionth stamp. She passed away in 2014 after a battle with breast cancer. Ryan Derenberger, who graduated in 2010 and was one of Fagen's aides, does whatever he can to keep her memory, and her work, alive.

"I still ask my co-workers and everybody I meet that might have a stamp just so I can talk about Cyndie Fagen and how much she meant to me and how the Stamp Out collection means to me," he said.

So far, the school has collected around 4.1 million stamps. A few student groups have turned some of the stamps into murals that hang in the school's hallways, including one in honor of Fagen.

The lessons the students and staff have gleaned from this project are invaluable and they say they are grateful for all it has taught them.

"It's really important to remember that part of history, even if we weren't the ones who struggled through it," said Co-Tu Doan, a senior at Mt. Hebron. "It's just like a sense of empathy and taking on other people's struggles for yourself."

"I just think it really brings the community together," said Peninah D'Souza, also a senior. "Being able to learn about cultures and religions and things that happened that maybe didn't affect me but affected other people in the past and still affect people today is really eye opening."

If you would like to donate stamps, you can mail them or drop them off to Mt. Hebron High School 9440 Old Frederick Road, Ellicott City MD 21042.