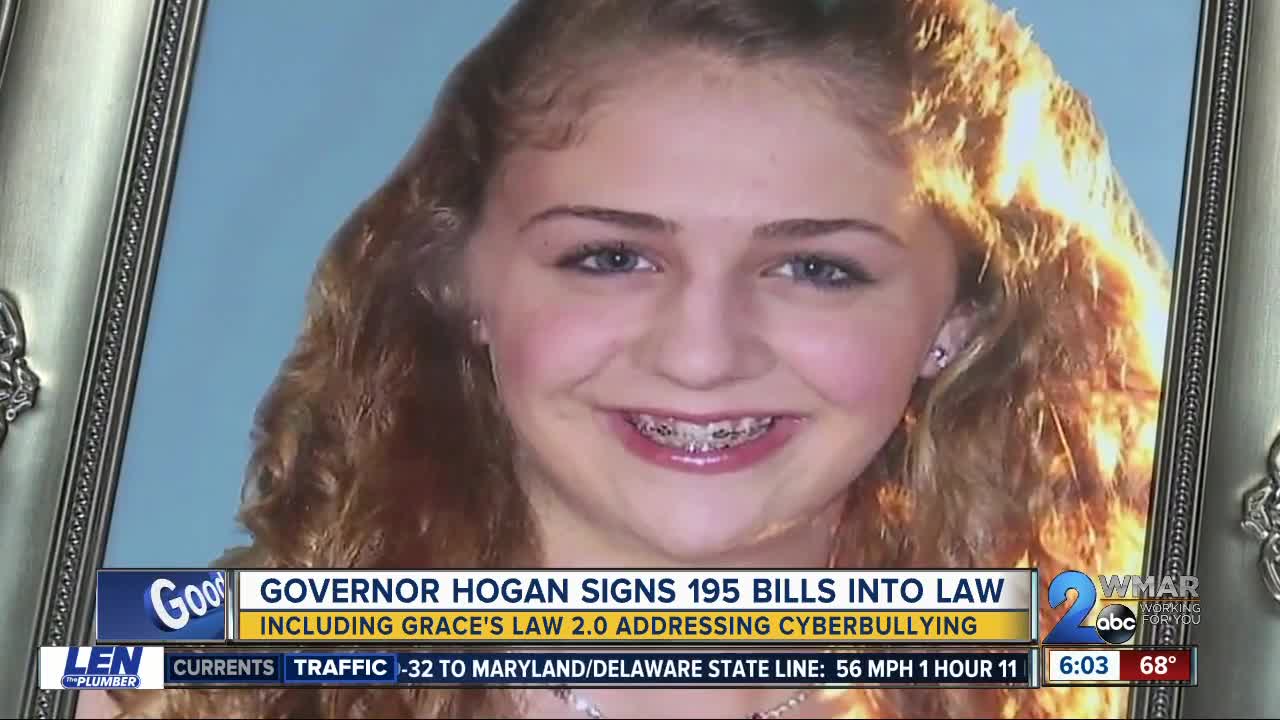 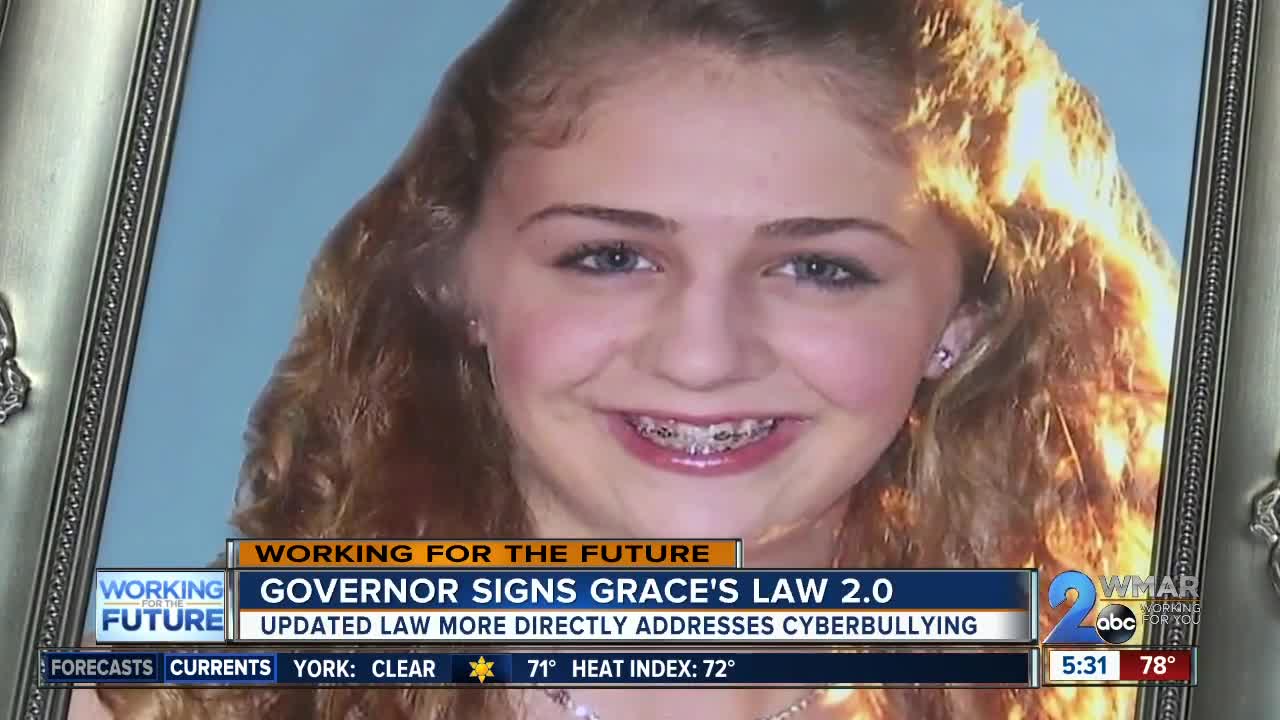 ANNAPOLIS, Md. — It was Easter Sunday in 2012 when Grace McComas took her own life because of cyber-bullying.

Seven years later, a bill with her name on it gets an upgrade.

Hogan signed 195 bills into law, one of them is Grace's Law 2.0. Grace's parents Chris and Dave McComas were on hand for the bill signing.

Grace's mother recounts how vicious the on line bullying was for her daughter.

There is no changing the past but, this can change the future for others families.

"We've kind of democratized content. So now everybody has the power in their own hands and there's no more, you know you don't have an editor behind you and people can say what every they want to a wide audience and something has got to control that," said Dave McComas.

"All over the place with this keyboard courage, you know a bunch of cowards sitting in the basement in the dark," said Zirkin.

Senator Bobby Zirkin was the Senate sponsor of the bill which cleaned up a few loopholes from the previous law. Now, you don't have to wait for several occasions of online abuse to report it to police, one message and you can act immediately.

"If somebody is sending out horrific things about a child, the victims family and the child can walk into court and get a peace order. So you can get it stopped right then and there."

A stronger law that may make it better for all.

"To have a deterrent that might actually have some weight to it, that can help hopefully will curb some of that behavior," said Dave McComas.