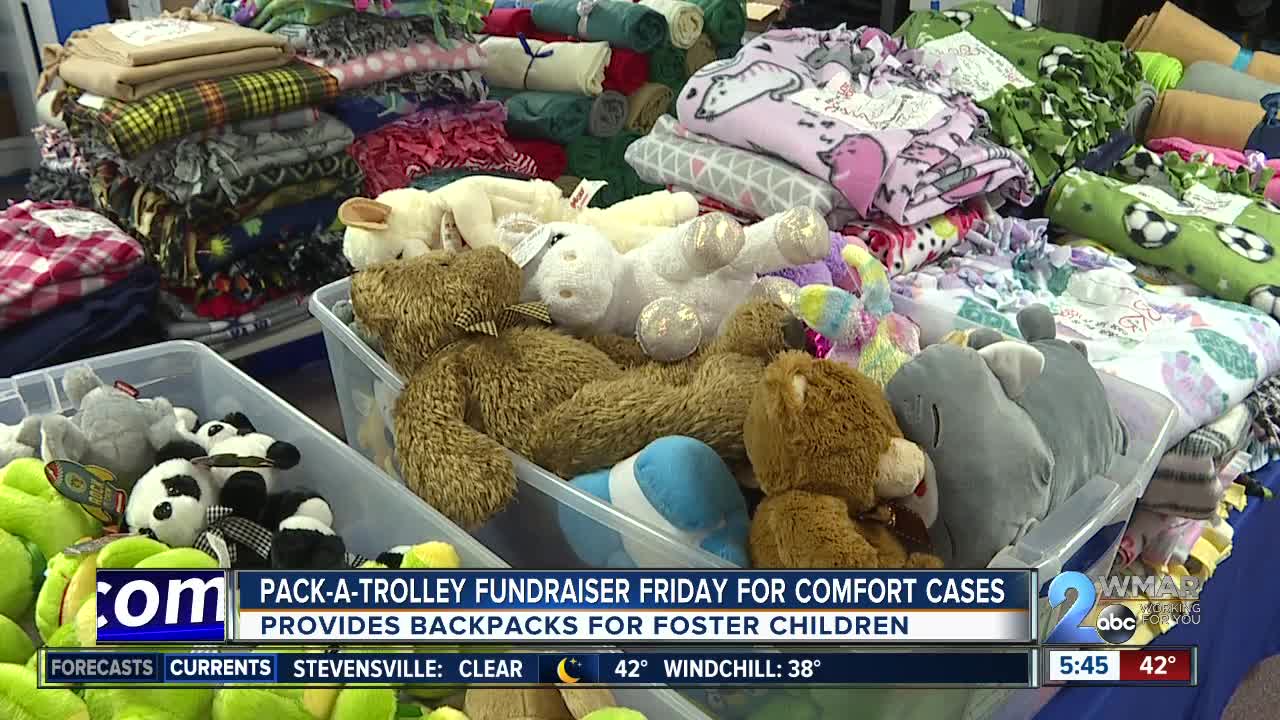 Comfort Cases is collecting donations at the Royal Sonesta in Baltimore on December 6 to help kids transitioning into foster care.

He was 12 years old. Both of his parents died, leaving him and his nine older siblings orphaned.

“I went to live in what they considered foster care and I carried a trash bag up to my very first foster home,” he said.

Scheer aged out of foster care at 18 and says he lived on the streets of Northern Virginia during his senior year of high school. He says despite his living conditions he still went to school everyday and was determined to not become a statistic and continue to be homeless, get hooked on drugs, or end up in jail.

He joined the military and became a successful entrepreneur but he says he felt the need to do more. Six years ago he started a charity to eliminate one small but very powerful symbol of children going into foster care: trash bags.

“When you hand a trash bag to a child, the very first thing they think about is I'm disposable. I'm invisible. I don't matter and I'm not more than trash. It's not acceptable,” Scheer said.

Instead of trash bags, Scheer put together backpacks filled with things like toiletries, new PJ’s, blankets, stuffed animals and books. Kids over 10 years old get a journal and a pencil. Kids under 10 get a coloring book and crayons. He calls them Comfort Cases, the namesake of his charity.

In the beginning, Scheer gave out a few hundred Comfort Cases. Today, he has sent out 90,000 cases to all 50 states, plus D.C. and Puerto Rico.

He has watched thousands of kids receive their Comfort Case. He remembers a 13-year-old boy who started to cry when he opened his bag.

“He said, ‘Mr. Rob, I've been in 11 homes in 3 years. Every time I went into a home, I would have all of this music in my mind.’ He says the only thing I've ever wanted, and he pulled out his journal, is a journal to write my music in,” said Scheer.

“It was a 50 cent composition book but to that boy it was gold. To that boy, he really realized at that moment that he mattered.”

The Comfort Cases are given to social workers, law enforcement or anyone who works directly with foster kids. Scheer hopes to one day never see a trash bag used to move a child into a foster home.

“We can't blame the system all the time we need people to come together and change the system.”

On Friday December 6, Comfort Cases will be at the Royal Sonesta in Baltimore for its third annual Pack-a-Trolley fundraiser. They are collecting donations from 7:30 a.m. to 6 p.m.