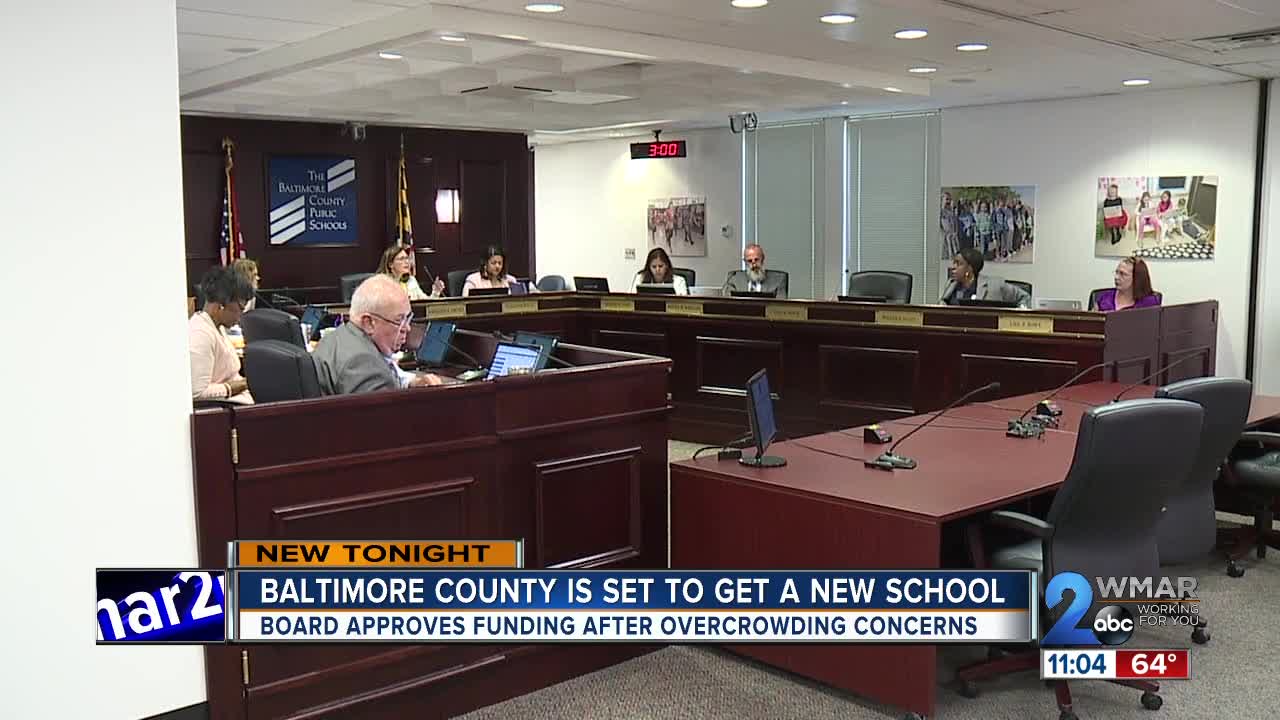 Overcrowding has been an issue in Baltimore County schools for years. Tuesday night, parents and teachers addressed their concerns at the Board of Education meeting for Baltimore County. 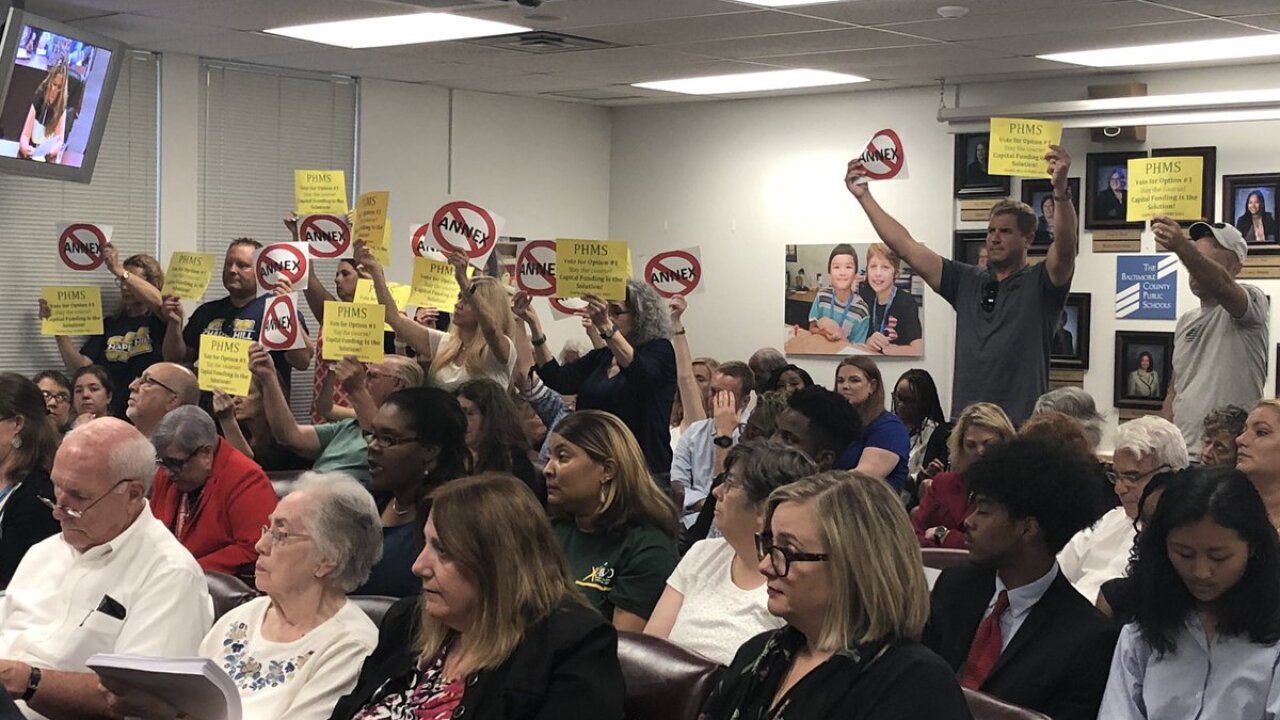 Overcrowding has been an issue in Baltimore County schools for years.

Tuesday night, parents and teachers addressed their concerns at the Board of Education meeting for Baltimore County. Dozens of schools are dealing with overcrowding, but only one school was on the agenda, Perry Hall Middle School.

"Please vote for option one to pay for proper funding for a school," said Mark Cherry, who had a Baltimore County teacher sitting next to him as he addressed the board. "Our children's education has already been disrupted once; please do not disrupt it again."

The same area recently went through redistricting, which is one of the other options.

She said she doesn't want to see an annex or redistricting because some students will then have had to move schools three times in five years.

As this woman spoke, a group of people stood holding signs. Some of the signs said 'Vote Option #1' for capital funding and others said 'Annex' crossed out. One woman in the group was Joan Garrity, a woman who's been in the community for 18 years. She said she just cares about the progress of area youth and said they simply deserve better.

"We need to work hard to get money to build for new school, that is what we need. I think we're all in agreement there," said Garrity.

She said that would keep things how they are for the time being, but parents said annexing or redistricting is just a temporary fix when funding for a new school is a temporary inconvenience but a permanent solution.

"The week we started a new unit on inches and feet. We need a lot more of those in our schools," said Ryan Baldwin, a second grader.

The board voted to not redistrict Perry Hall Middle School and instead work toward a new school through capital funding. They decided to reconvene at the beginning of next school year to see where the funding stands and to consider other options.