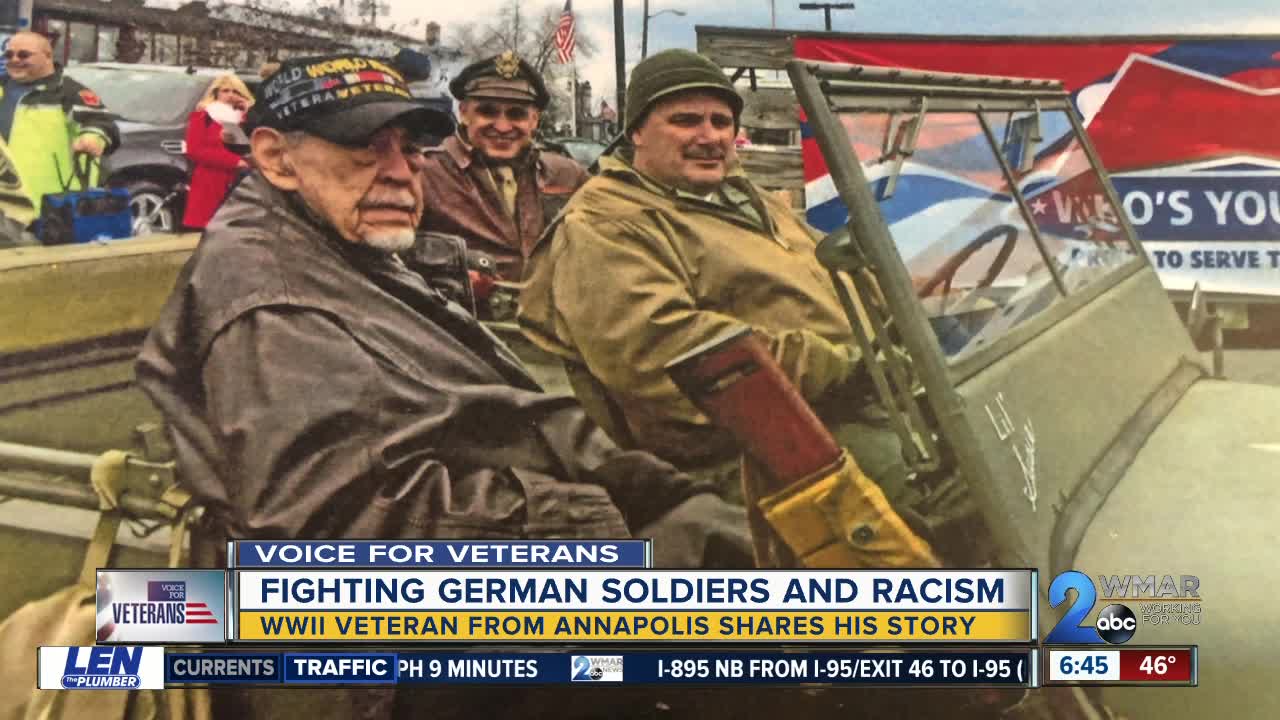 Keyes is a World War II veteran who was in the 761st all black tank battalion. He has a pretty impressive collection from before, during and after his service. 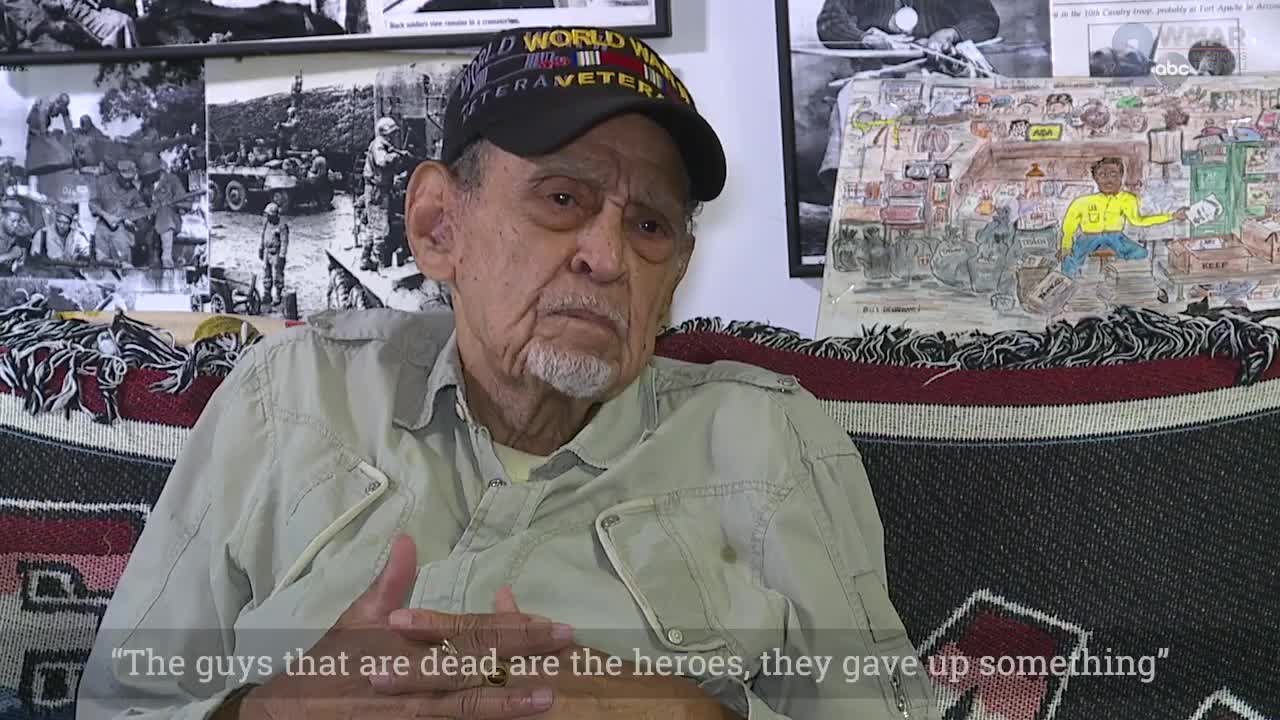 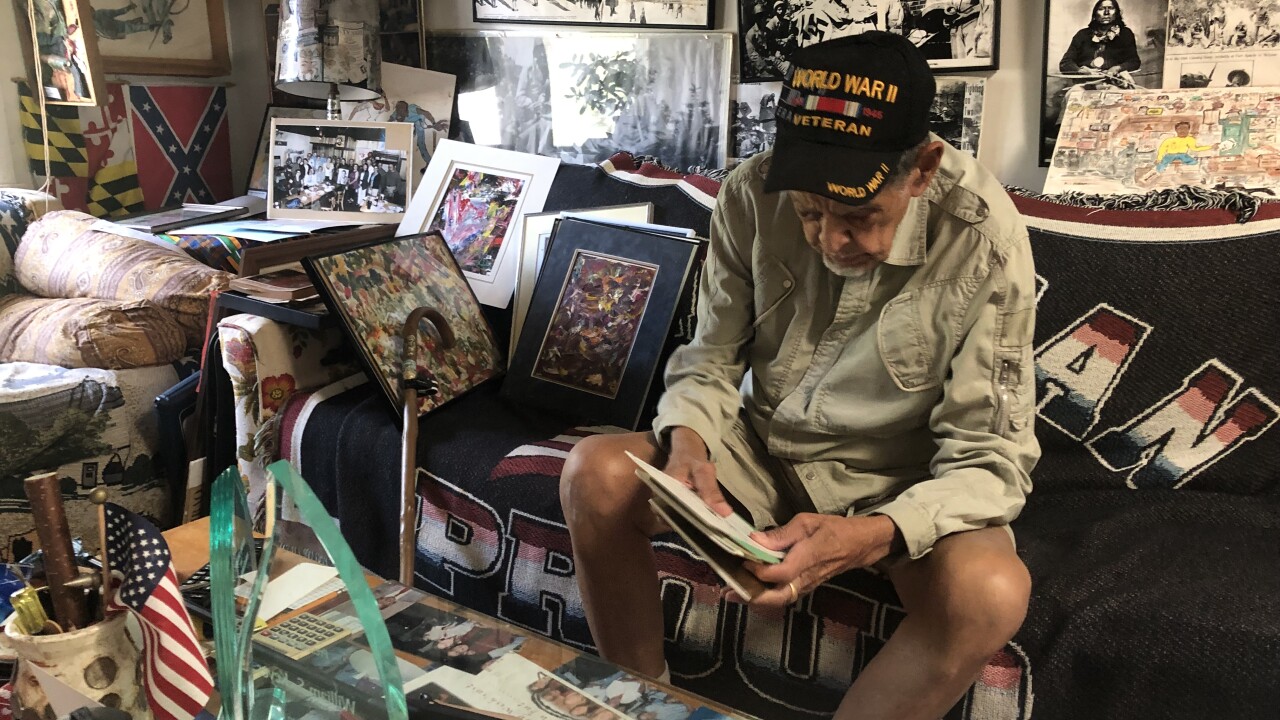 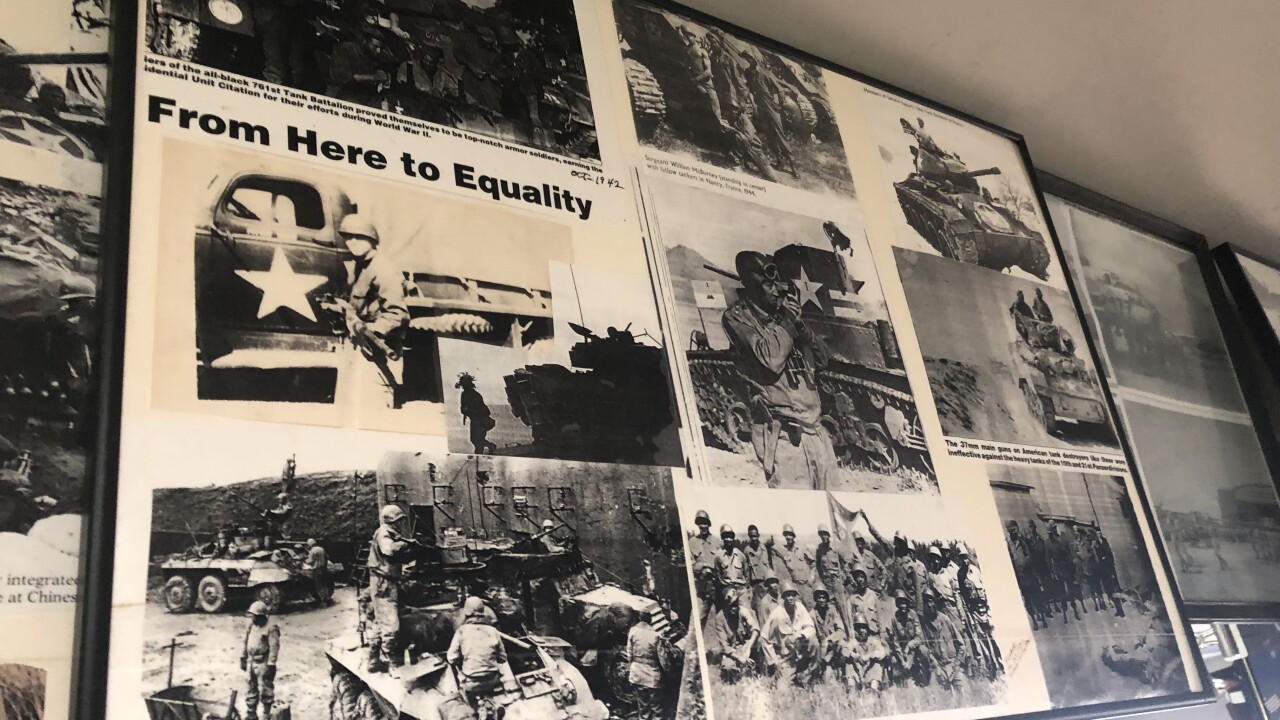 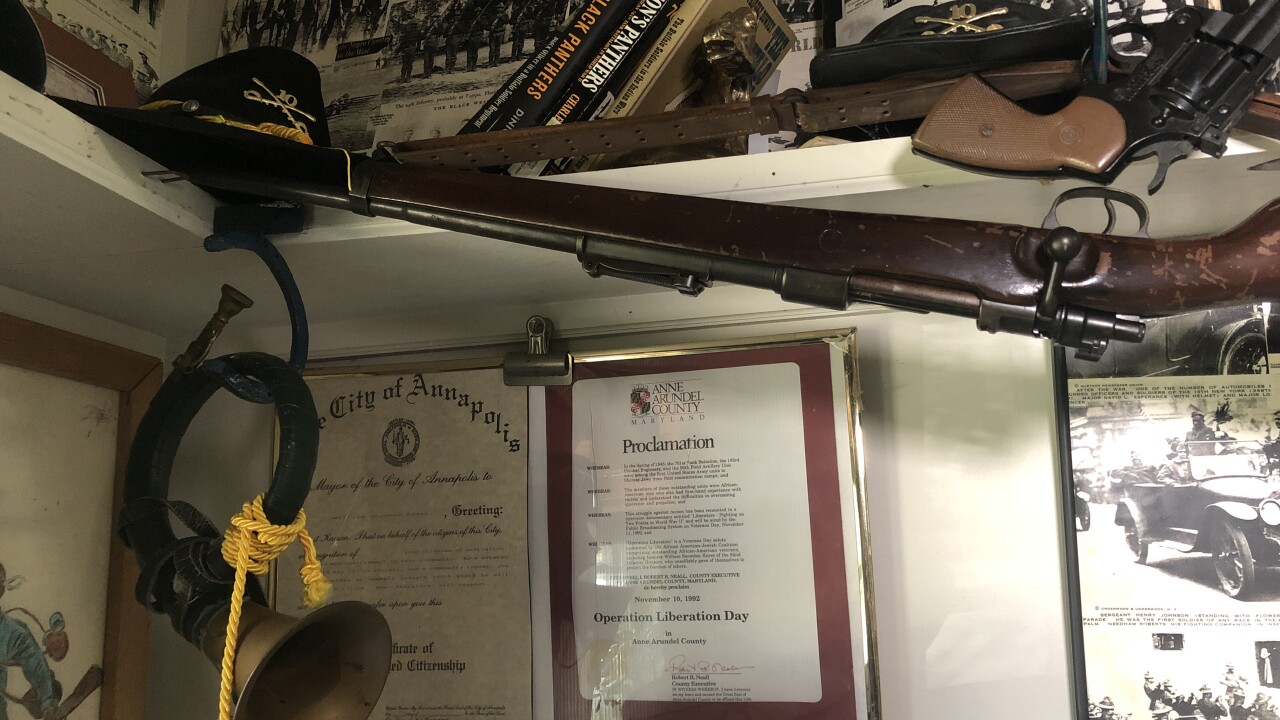 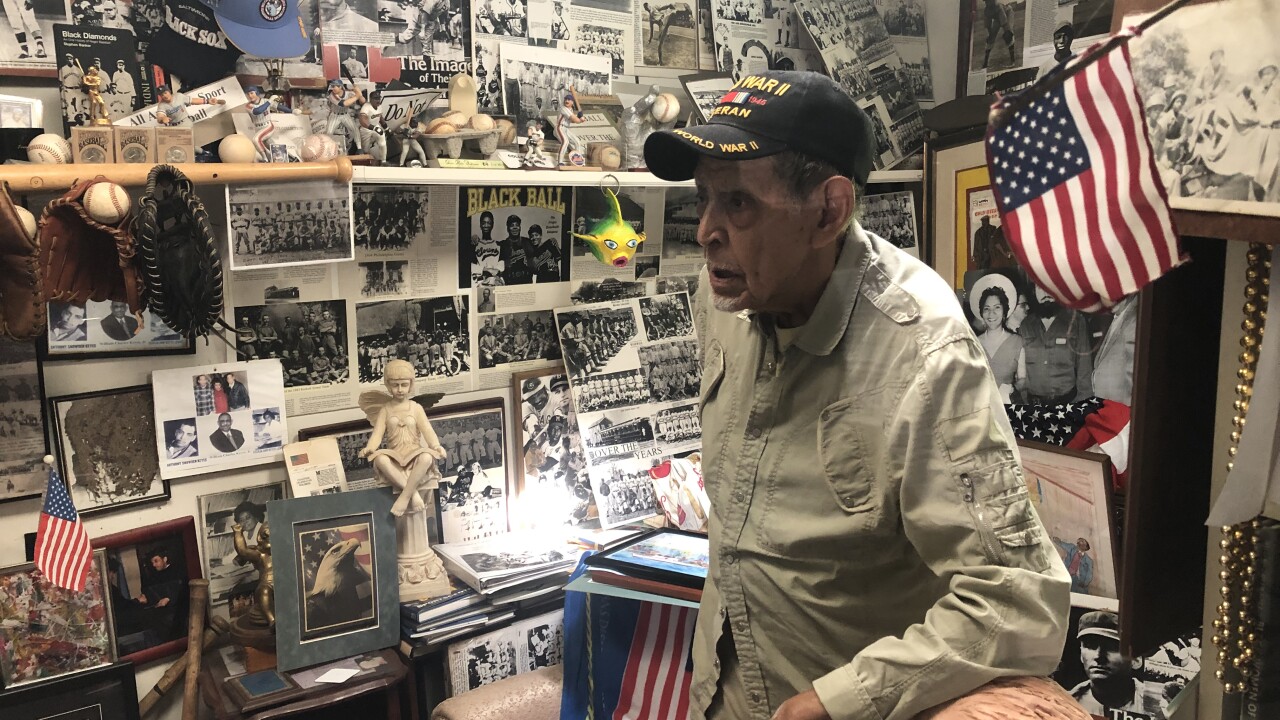 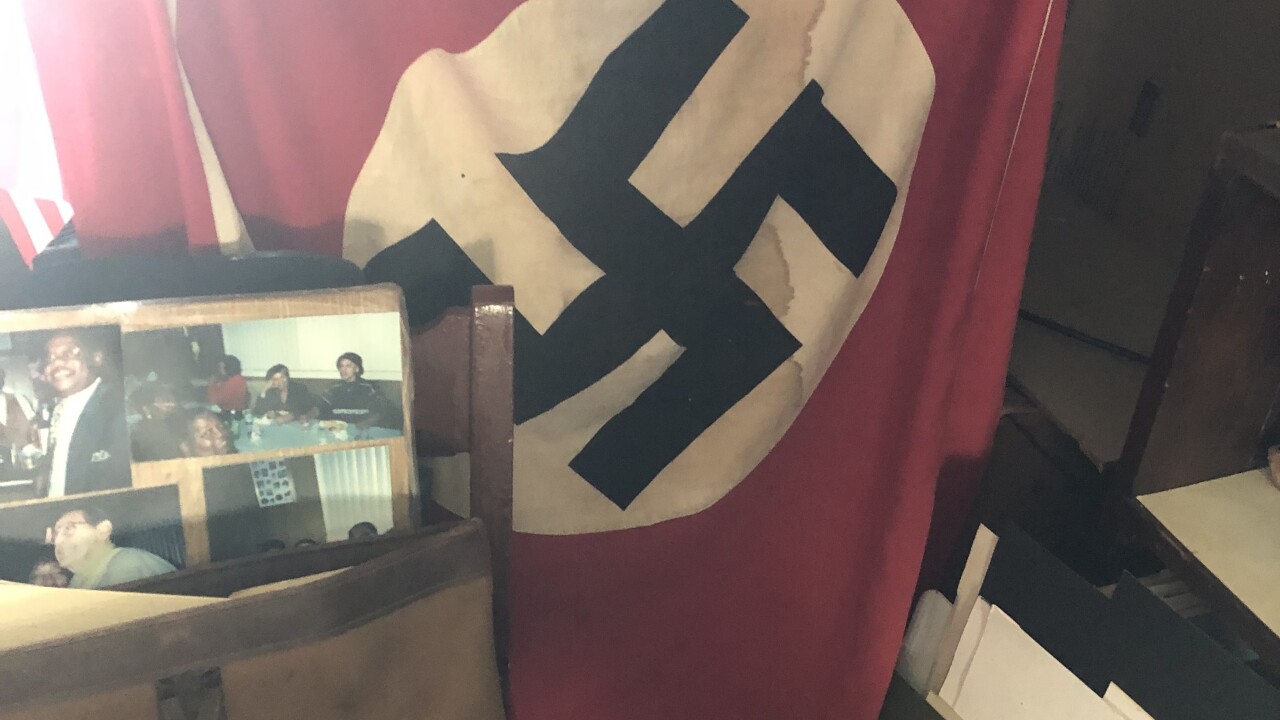 "I'm a collector. I collect everything. I jammed packed this place," said William Keyes as he walked around his Annapolis home.

Keyes is a World War II veteran who was in the 761st all black tank battalion.

He has a pretty impressive collection from before, during and after his service. The oldest memorabilia is baseball gear from his father's restaurant in D.C. Negro League baseball players would come eat and when they couldn't pay they would sign balls, hats and gloves for Keyes' dad.

The majority of the other memorabilia is from times in history. Weapons from World War II, a Nazi flag and a Buffalo Soldier Bugle. Keyes is a charter member of the Buffalo Soldiers.

"I was drafted in the army. I hated the army but I did my share," said Keyes. "The guys were crazy about me because I would say what I think and raise all kinds of hell and I did!"

Keyes is truly a character, to us, a hero but that's something he will never consider himself.

"The dead guys are heroes. They gave up something," he said. "They gave up a lot. I didn't give up a damn thing. I'm better off now than a whole lot of other people. I'm lucky."

Keyes was in Europe for a couple of years. His longest stretch of battle was 82 days on his way Czechoslovakia. "Five men in a tank, that's the hottest place in the world, even in sub zero weather."

During his service, Keyes helped liberate a Jewish concentration camp.

"To see people laying down dead and we didn't know what killed them. We just thought they died of starvation like most of them did. They didn't have wounds on them," Keyes said.

It wasn't until much later he learned what a concentration camp was and that gas is what killed them.

He spent plenty of time fighting and surviving.

"I never in my life shot person to person or shot a person on the road," Keyes said. "We shot into places where people were in there and the people were killed. That's the way I want to keep it, like that."

He fought the Germans and several acts of racism, which started when he was drafted in the war and wanted to be an officer.

"I have a letter in the file that says we have all the black officers we need. We got all that we need. How you gonna say that?"

The racism just continued throughout his service.

"There were a couple guys in our company who were extra white. They could go to stores, we couldn't go to," Keyes explained. "They could and buy stuff. Even though we were in the same outfit, they were black guys but lighter,"

Something that was hard at the time and he eventually let go.

"I was lucky to not succumb to the prejudice and the hate. It just left me. I don't have it anymore. It was a terrible situation," said Keyes. "If I would have let everything bother me I would be dead a long time ago!"

After his service, Keyes was a teacher in D.C. where he was a police officer before he got drafted. He then worked in the Anne Arundel County School system teaching for 35 years. He just retired earlier this year.

Now, 98 years old still cracking jokes and having a good time surrounded by a place he loves, a personal path through history.