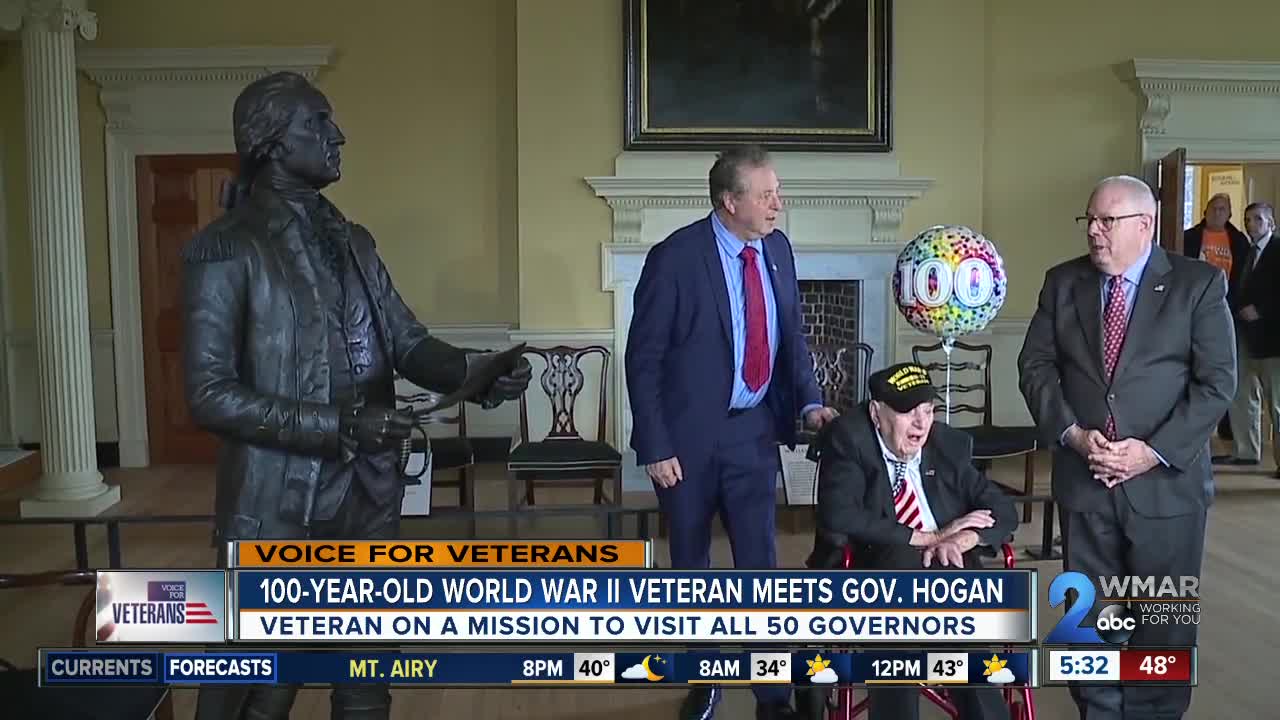 Walton is in the middle of his trek across America to meet all 50 governors. Hogan is his 26th governor thus far. At the beginning of the year, Governor Hogan declared 2019 as the year of the veteran.

Walton signed up for the war 9 months before Pearl Harbor and served throughout World War II. He is calling this the "No Regrets Tour" because his biggest regret is, when he was younger and there were still civil war veterans alive he did not make a big effort to talk with one.

Walton wants to encourage people to reach out to the only a handful of World War II vets alive.

He may need the assistance of a wheel chair now but the fight of an old World War II soldier is still in his heart.