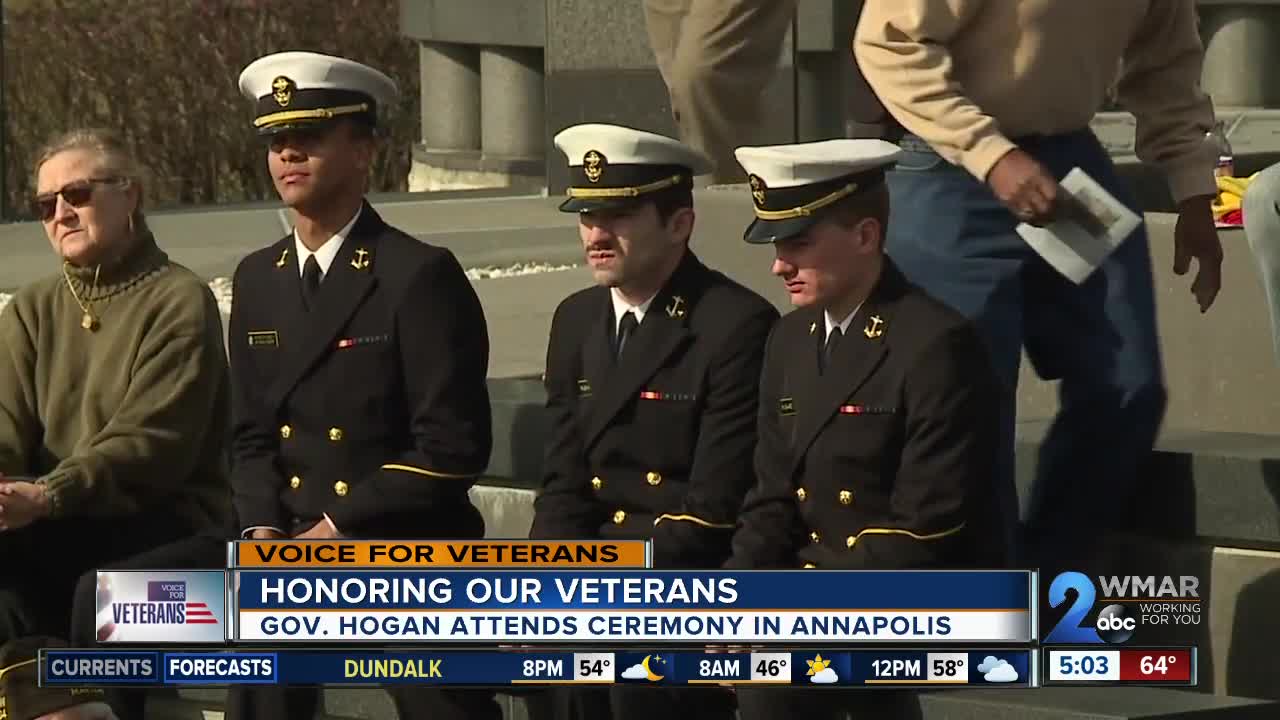 One of those in attendance was veteran William Keys.

"I was in Patton's third army, I was in a tank outfit," said Keys.

Patton's third army captured 956,000 of the enemy during battles and killed a half a million others. The third army liberated and conquered 82,000 square miles of territory.

"I was really a gunner but usually I ran the tank because I have a big mouth and I raise hell all the time," he continued.

He doesn't "raise hell" as much as he used to but, he is still proud of his service to our country.

Even though it wasn't an honorable welcome that Keys got when he came back from his service, he still doesn't hold any hate in his heart.

"I don't have any hate or misunderstanding of what's to war or any more I would have about slavery or any thing else," Keys said.

Governor Hogan early this year sign a proclamation declaring 2019 as the year of the veteran. Hogan thinks we should do more to thank the 380,000 veterans that live in Maryland. He had a suggestion for everyone, to take a moment to just go up to a veteran and thank them for their service.