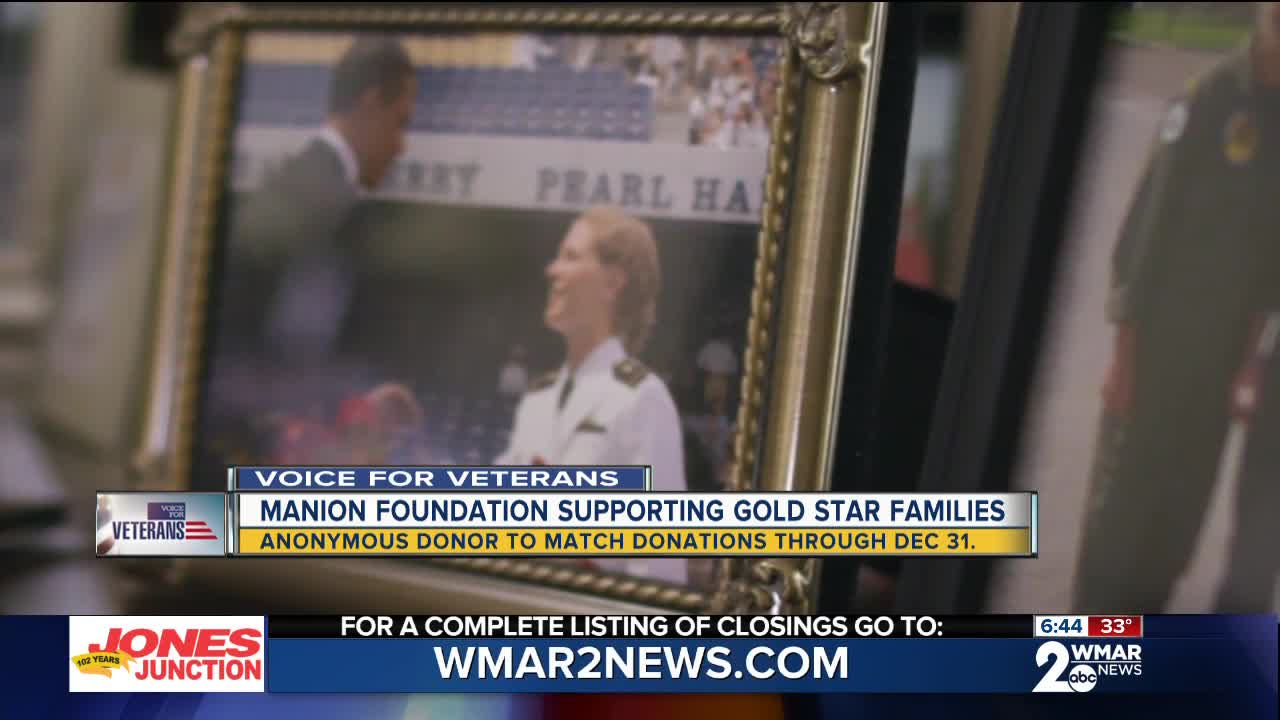 Earlier in December, on Giving Tuesday, we told you about a massive donation to a nationwide organization that's helping "Gold Star Families" find purpose by helping others.

BALTIMORE — Earlier in December, on Giving Tuesday, we told you about a massive donation to a nationwide organization that's helping "Gold Star Families" find purpose by helping others.

Now, more donors have responded, adding thousands to the total for the Travis Manion Foundation which sends the families of service members who were killed in combat on volunteer missions around the country and even internationally, all expenses paid.

Valerie Cappalaere Delaney grew up in Howard County, graduated from the Naval Academy and became a naval pilot. Her callsign? Mom.

"That tells you a lot about her desire to keep her whole team or squadron together, to do something better," said Patrice.

But in 2013, the jet she was piloting on a training mission, crashed into Eastern Washington State.

She was killed instantly.

"It was really hard, I mean we just could not understand what happened," Patrice said.

"The power of service is healing. and through these service expeditions we give these surviving family members the opportunity to be able to take that back in their lives and feel more connected, and to be able to give back," said Michael.

Manion was also a graduate of the Naval Academy. He joined the marines, but was killed in Iraq in 2007, while saving some of his teammates who had been wounded in an ambush.

At his funeral, members of his family started talking about forming an organization focused on what they now call "survivor expeditions".

"What they really latched onto was the phrase 'if not me then who?' and this idea that we all have this capacity to create change in the community. and they wanted to live out that legacy by continuing to do that," Michael said.

On Giving Tuesday, the foundation announced that a private donor, who wants to remain anonymous would be matching all donations through December 31, dollar for dollar, up to one million dollars.

A donation that will allow more Gold Star Families to serve with the selflessness of their loved ones.

"What we found is, you can do things to honor your loved ones. you're doing something that's helping you to live again," Doreen said.

Travis Manion's roommate at the Naval Academy was Brendan Looney of Southern Maryland. He became a Navy Seal after graduation, but was killed in a helicopter crash in Afghanistan, back in 2010.

They are buried next to each other at Arlington National Cemetery.

For more information on the Travis Manion Foundation, click here .