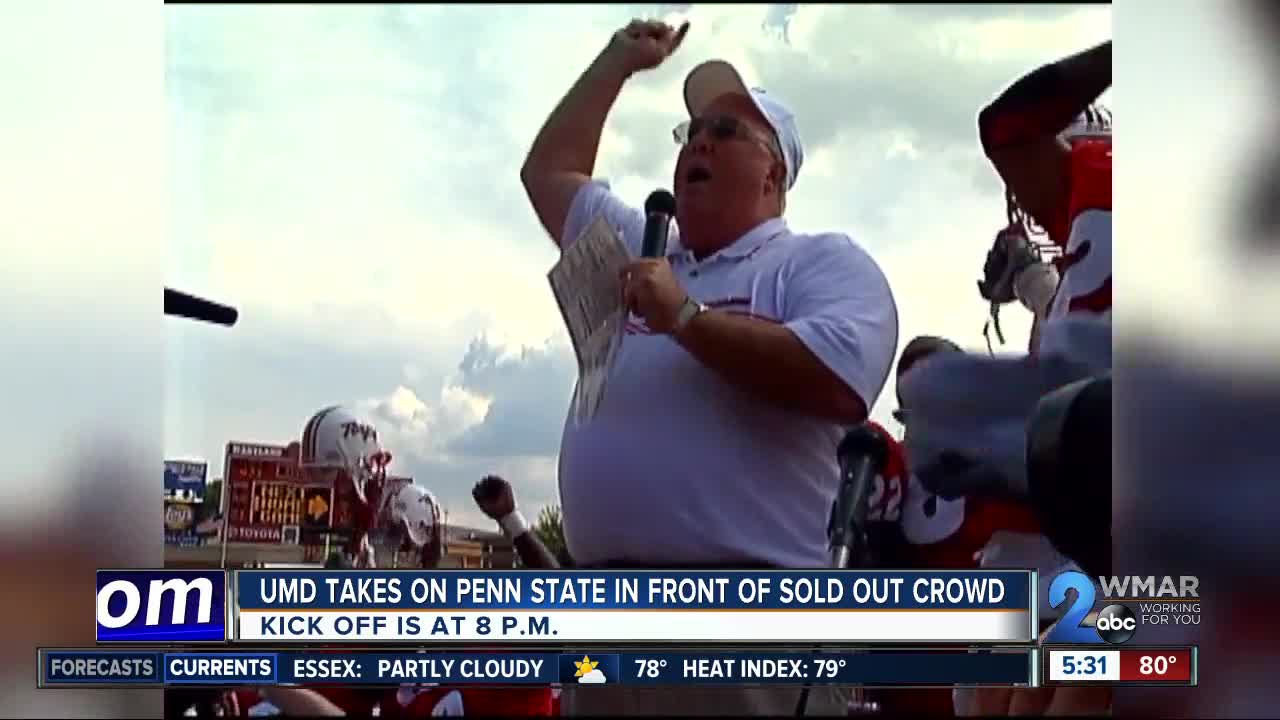 COLLEGE PARK, Md. — On Friday night, with beautiful weather over the University of Maryland for a little studying, but for the brothers of Lambda Chi Alpha, it’s not co-eds and academics on their minds.

It's Penn State, a game these students have been looking forward to for a long time.

The opinion of Maryland student Brian Greenblatt, he's been following his Terps since they were in the ACC. Greenblatt and his fraternity brothers have been thinking about tonight's game for a long time.

“We've been thinking about this game since last year when the schedule go announced. We saw Friday night, under the light and Penn State and I think everyone was pretty excited.” said Greenblatt.

Brian is not alone in between innings I did a "non-scientific" survey.

This will be the first sell out since Michigan in 2015. The university has added extra seats for students. For students, there's added incentive when the Terps go against Penn State. It may have something to do with Maryland winning only 2 games out of 42 games.

After a few innings and a few beverages and the fact that afternoon classes were canceled to make room for all the fans there is a lot of fun to be had. Former coach, Ralph Friedgen, will Bringing some of that energy as he is expected to be honored during the game.

In the last 17 years, the university had a lottery system for student tickets. Friday night’s game against Penn State is the highest requested ever.