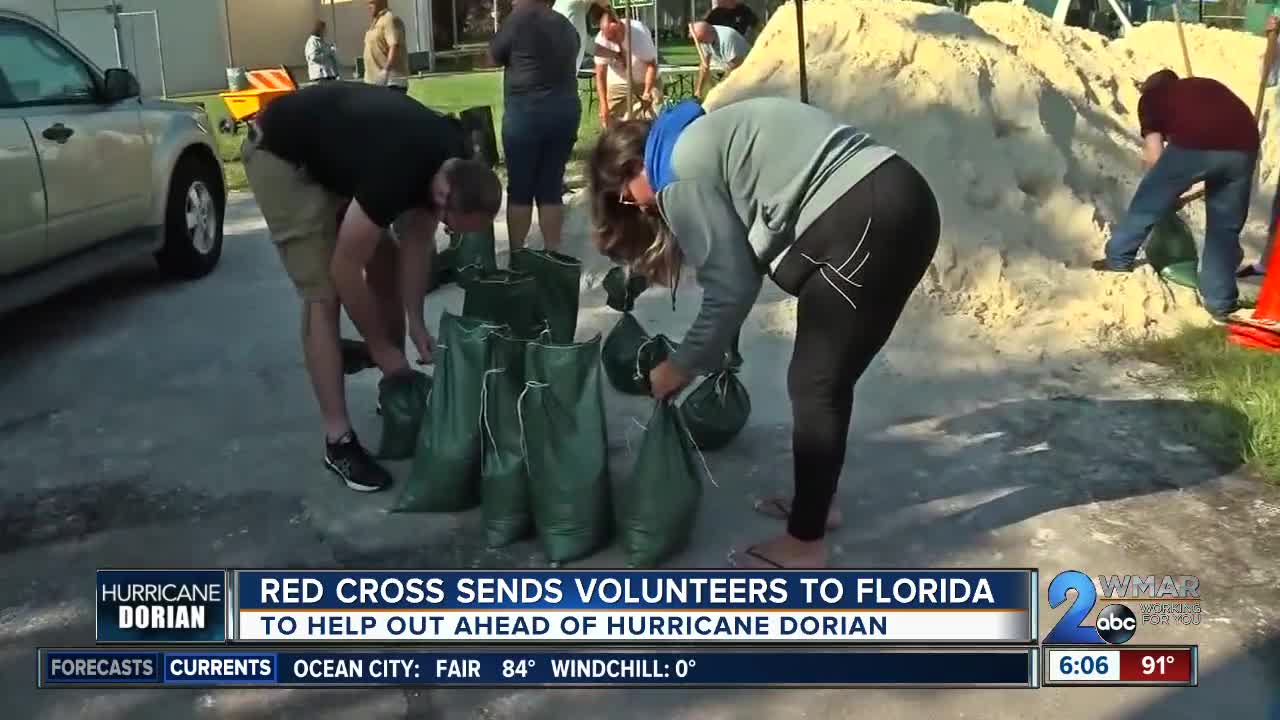 Hurricane Dorian continues to head towards Florida gaining strength along the way, the storm which is now a Category 3 is expected to strengthen in the next few days.

The entire state is under a state of emergency as prepare.

Forecasters warn that people should prepare before the arrival of tropical storm force winds which are expected to hit the coast Sunday night.

The National Guard has been deployed and the Red Cross is sending volunteers from Maryland to help.

Richard McIntire is with the Greater Chesapeake Region Red Cross and says volunteers will be assisting those that may be displaced from their homes.

"Things such as sheltering and feeding operations," said McIntire. "Some of our emergency vehicles are on stand by in case they need to be deployed."

Mcintire says Red Cross will be moving more than 300 tractor-trailor loads of supplies to southern states affected by the hurricane. There are others on stand by to help out if needed.

Nearly 200 Red Crossers from the Greater Chesapeake region have assisted storm and wildfire victims in the last year.

Governor Hogan also commented on the storm saying he has reached out to Florida Governor Ron DeSantis.

With Hurricane Dorian continuing to intensify, our emergency management team @MDMEMA is closely monitoring the storm’s path. I have reached out to Florida @GovRonDeSantis to let him know that Maryland stands ready to help. https://t.co/aCekNr6hK7