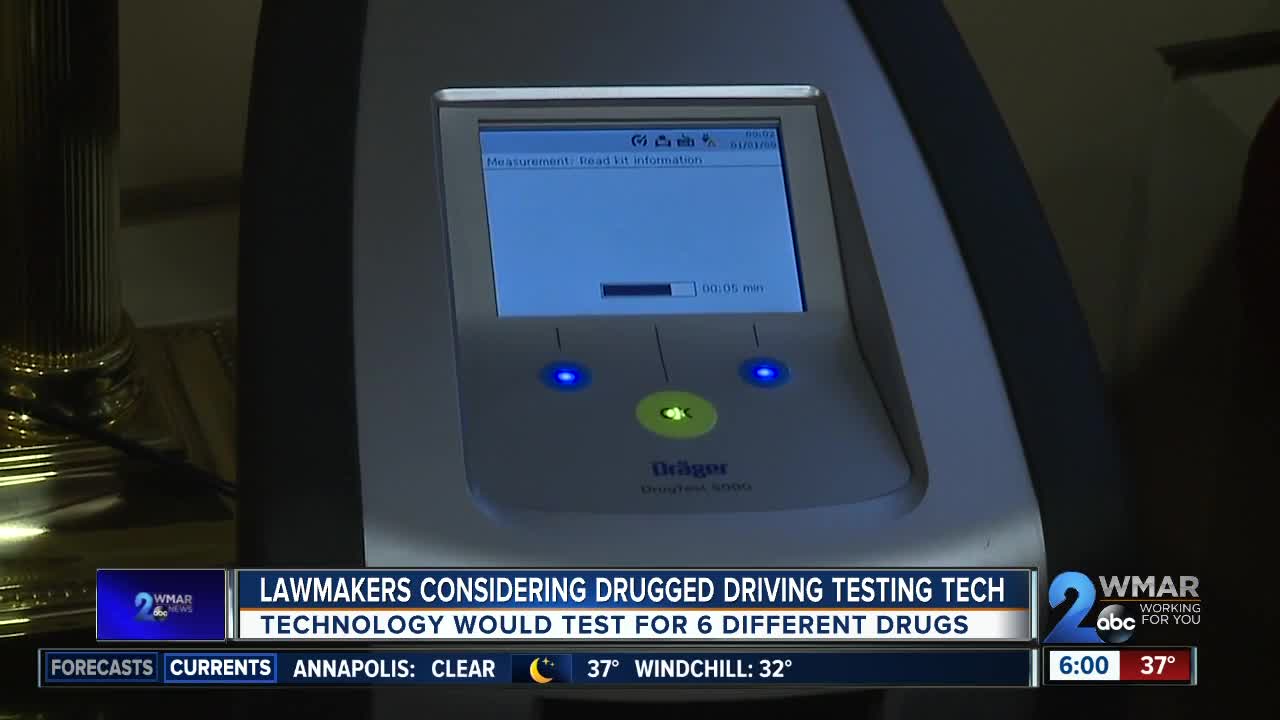 Every state that has legalized marijuana has seen an increase in drugged driving and that certainly pertains to Maryland as well.

ANNAPOLIS, Md. — Every state that has legalized marijuana has seen an increase in drugged driving and that certainly pertains to Maryland as well.

Some law makers want to make it easier for police to detect drugged drivers. The new bill would start a trial program that uses a machine to test if six different drugs are in your system.

Senator Cheryl Kagan has offered a bill that would allow any Maryland jurisdiction to opt into this trial program. If an officer suspects you are under the influence of drugs, you swab the inside of you mouth with this cotton stick.

The machine will read the swab just for the presence of those drugs, it does nothing with DNA.

"This is just starting the conversation, gathering the data and letting the police decide if they think this is technology that we should be using," Kagan said.

The test will just be used in contention with other evidence like a sobriety check for you coordination. The test gives a result in the field in under 10 minutes. It does not tell how much is in your system but it can narrow down when you last used drugs, from about four to 24 hours before the test.

Officer Jayme Derbyshire is an expert in drunk and drugged driving recognition for the Montgomery County Police.

She says this machine can actually help the drivers out as well.

"It's possible they are suffering from a medical condition or they may have some other issue and so if they came back negative on all fronts in regards to this panel it could turn out to be something else. So, yes it could absolutely help the driver by participating in this," Derbyshire said.

Currently about a dozen states are using this in a trial program. Alabama is the only state that has turned this into law.