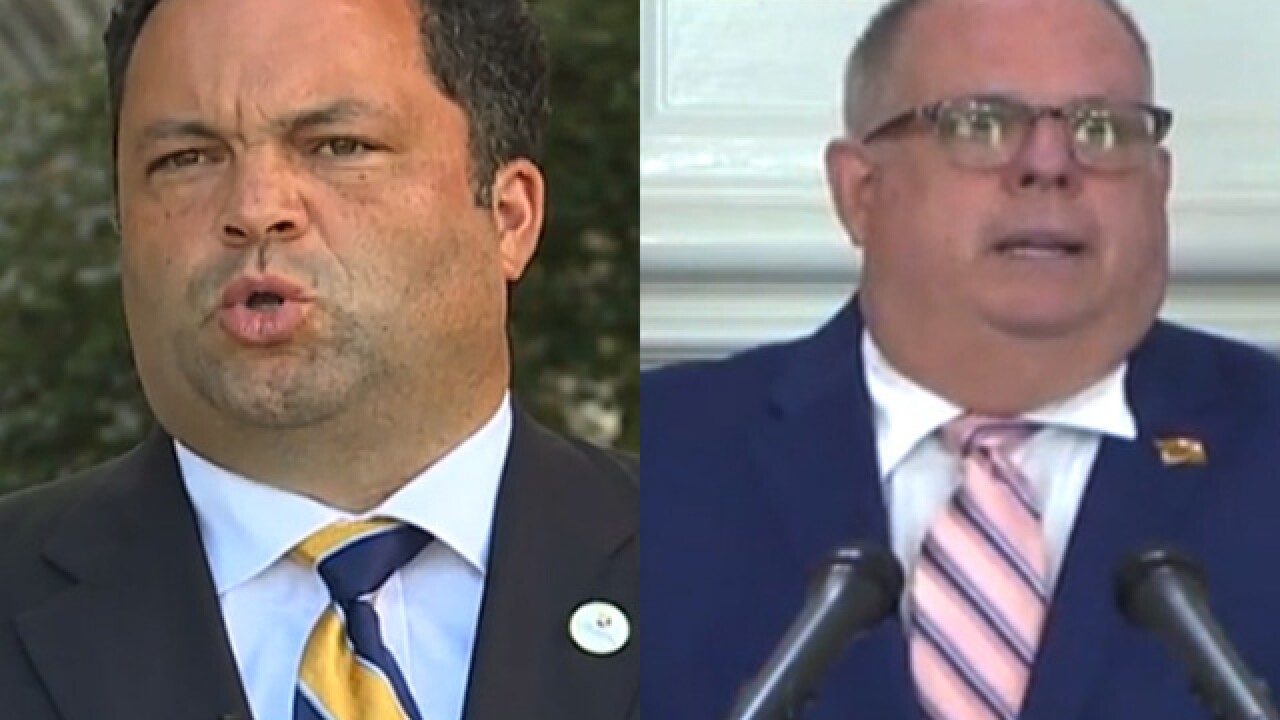 There has been some recent controversy between the two campaigns about panelists for the debate.

"We regret the way the debate negotiations between our campaign and the Larry Hogan campaign have excluded news outlets and reporters, including Tamela Baker of the Hagerstown Herald-Mail, and our part in that process.

"We want to be clear: the Jealous campaign does not have a problem with Tamela Baker being on the debate panel. We have a problem with the entire debate panel selection process, which was severely limited by the Hogan campaign's unwillingness to simply participate in additional debates, as we originally put forward when we proposed five debates. More debates would’ve allowed greater opportunities to ensure a full and diverse collection of media being able to participate. It is clear that reaching a good faith agreement with our opponents is impossible, as they’d rather play politics than have an open process. Therefore we will drop our veto and look forward to participating in next week’s debate.”

“Whatever little credibility Ben Jealous still had, it quickly evaporated with this latest ridiculous statement trying to dodge accountability for first turning down multiple debate opportunities, then trying to maneuver around media outlets he didn’t want involved, and then vetoing reporters he doesn’t like. But if it means we can get on with the debate on Monday, then we’re happy.”