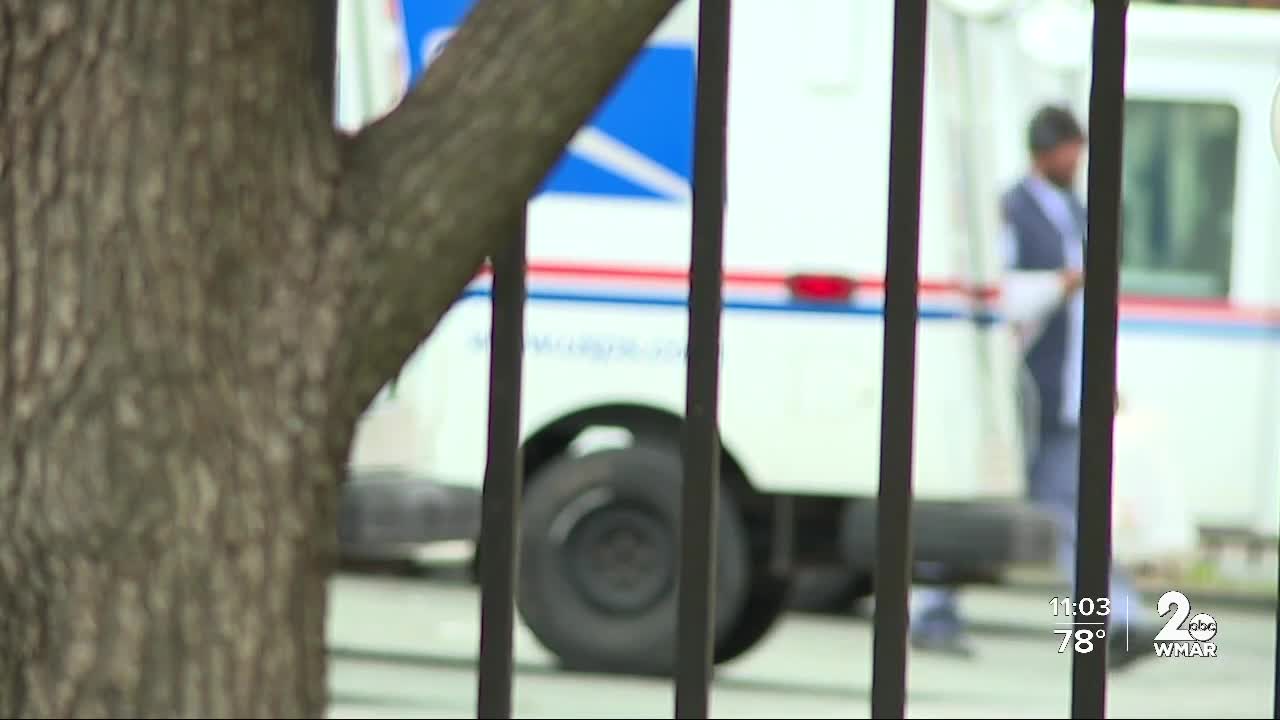 The president of a Baltimore postal workers union is blaming the newly appointed postmaster general for delays in mail delivery, calling changes made at USPS in an attempt to “destroy” the postal service.

BALTIMORE — The president of a Baltimore postal workers union is blaming the newly appointed postmaster general for delays in mail delivery, calling changes made at USPS in an attempt to “destroy” the postal service.

The postal service have come under scrutiny after many complaints of delays in mail delivery. In Baltimore and across the country, people have had to wait days and even weeks for items such as paychecks and medications.

David Lindberg, who is from Dundalk, said he’s been waiting on his paycheck since July 30th. He also said he hasn’t received any mail for about a week.

“It’s difficult when your check was mailed and you haven’t gotten it. That’s just a hurt for anybody out here trying to make a living,” he said. “It’s tough. It’s really tough.”

Sherry Mcknight, who is the president of American Postal Workers Union Local 181, said the changes made by Postmaster General Louis Dejoy have been a deliberate attempt to slowdown mail delivery.

She said changes like cutting overtime and other measures have made getting mail out on time even harder.

“It’s the DNA of the postal workers to get the mail out, rain sleet or slow we must go,” she said. “To see the new PMG destroy what we have built is disheartening.”

Courtney Jenkins, who is the legislative director for the American Postal Workers Union Local 181, also said the delays are less about the pandemic than it is organizational changes. He said the pandemic is being used as a "guise" to privatize the agency.

He said, "we want to part of the solution, not the problem," but the changes, "makes us feel in a way like they’re trying to self sabotage."

As complaints continue to grow, a bill called The Delivering for America Act was introduced by House Oversight and Reform chairwoman Carolyn Maloney to reverse the organizational and structural changes at USPS.

“Under normal circumstances delayed mail is a major problem -- during a pandemic in the middle of a presidential election it is catastrophic,” the lawmakers wrote.

McKnight said the postmaster general has also decided to remove processing machines, which sort all types of mail, including ballots for the election. She said four have been removed from the main post office on E. Fayette St. and two others at an incoming mail facility.

The union and lawmakers are concerned it’s intended to undermine the November election. The lawmakers also said USPS is considering changes that will increase the cost for election mail.

“That’s a tactic for the election. Less machines, slower the mail,” McKnight said.

Even without the processing machines, she said the postal service is more than capable to handle ballots ahead of the election.

Dejoy has denied these allegations. He said the cost cutting measures were necessary due to budget concerns

“Despite any assertions to the contrary, we are not slowing election mail or any other items,” Dejoy told the Postal Service Board of Governors Friday. “Instead, we continue to employ a robust and proven process to ensure proper handling of election mail.