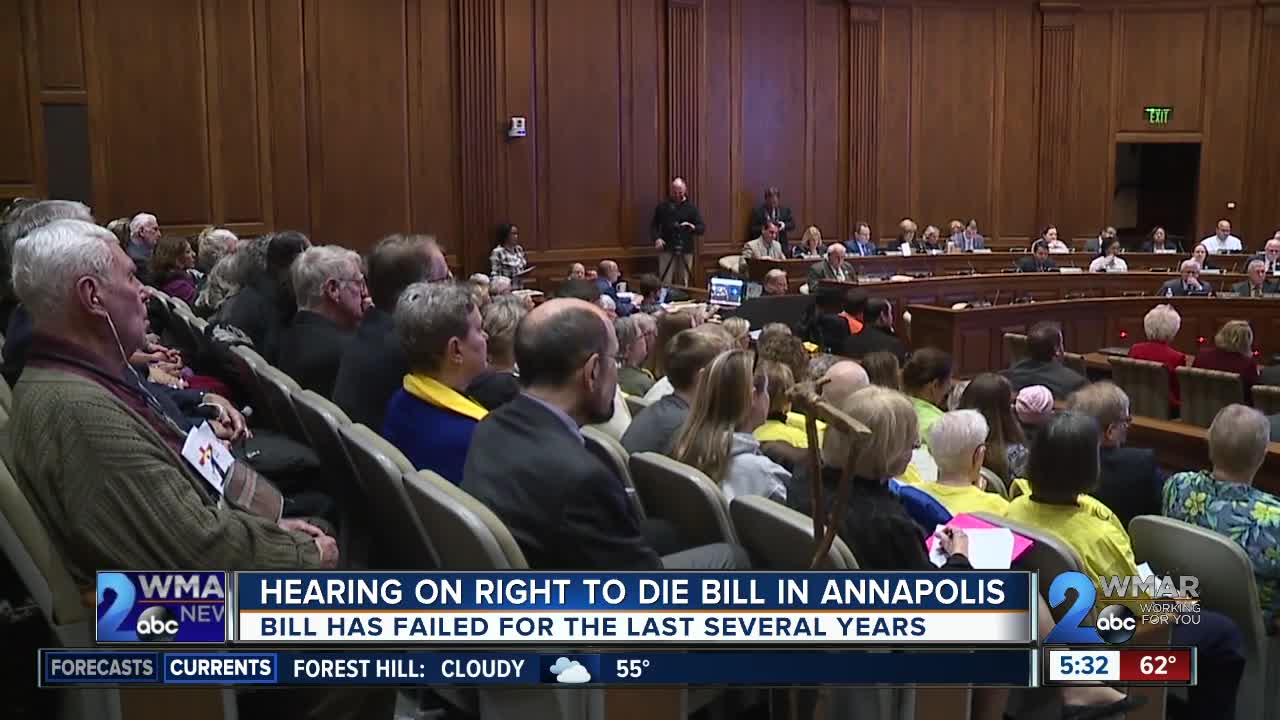 The Right to Die legislation bill is being heard by legislators in Annapolis again. 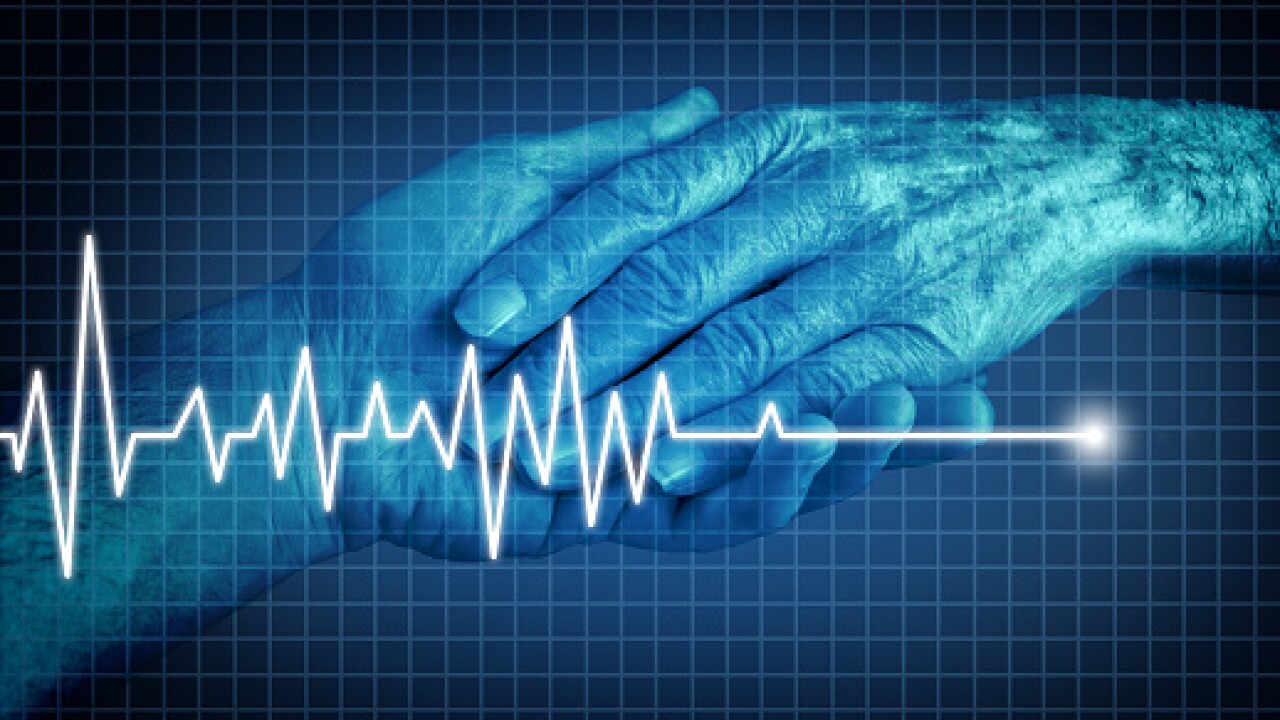 ANNAPOLIS, Md. — The Right to Die legislation bill is being heard by legislators in Annapolis once again.

Lawmakers listened to patients and doctors on Friday as they expressed their concerns into a crowded hearing room.

"I think the bill has a very good chance of passing this year," said Donna Smith.

Legislators have denied the bill the last several years, but Smith thinks the bill has a better chance this year.

"Our support has increased, the opposition has decreased and more people are neutral about the issue than in past polling," said Smith.

Those for and against the bill packed a hearing room Friday afternoon, including Loni Moyer, the daughter of Annapolis former mayor, Pip Moyer. She and her family had to watch him suffer at the end of his battle with Parkinson's disease without the option of ending his own life with the help of a doctor.

"It is a great solace to know that you can have control over one last element and that is to know when and if to end your own suffering," said Moyer.

The bill would require a patient to request the medication at least three times, once in writing. The person must be over 18 and have a diagnoses for less than six months to live from two doctors.

Still their are others that think this is going too far and should look for other options for medical care.

Seven states and the District of Columbia already have an Assisted Suicide law on the books.