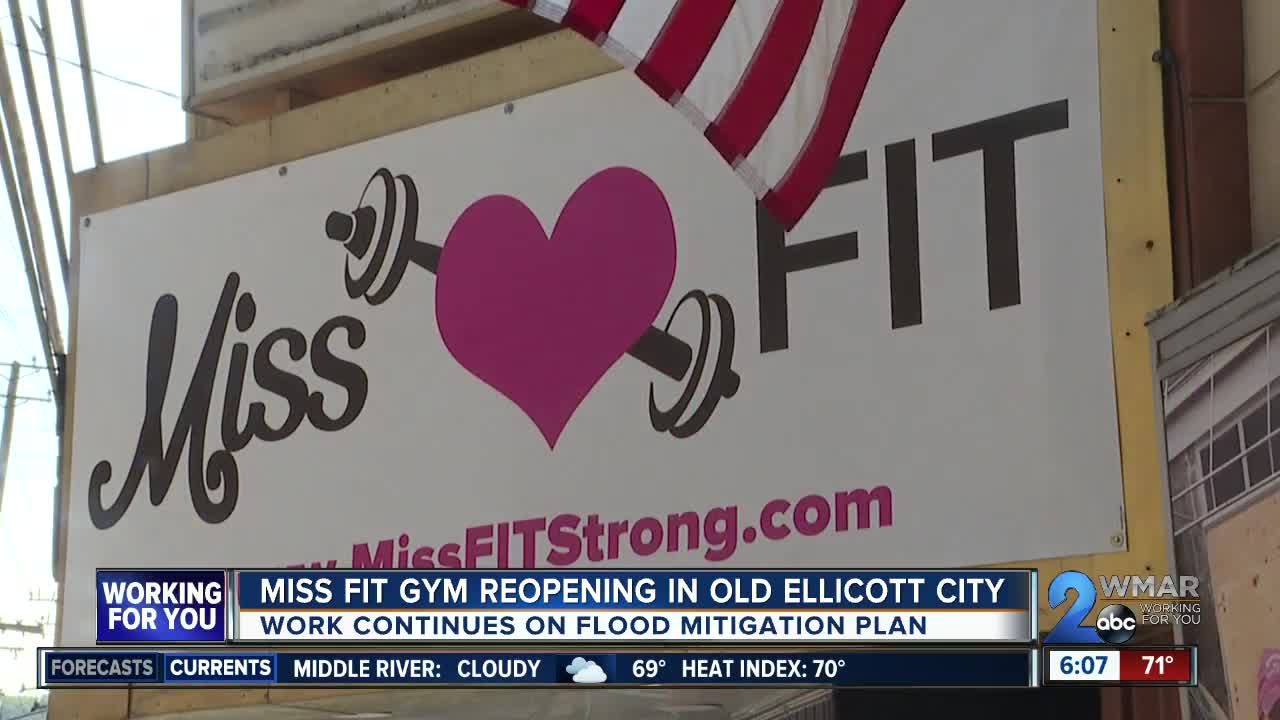 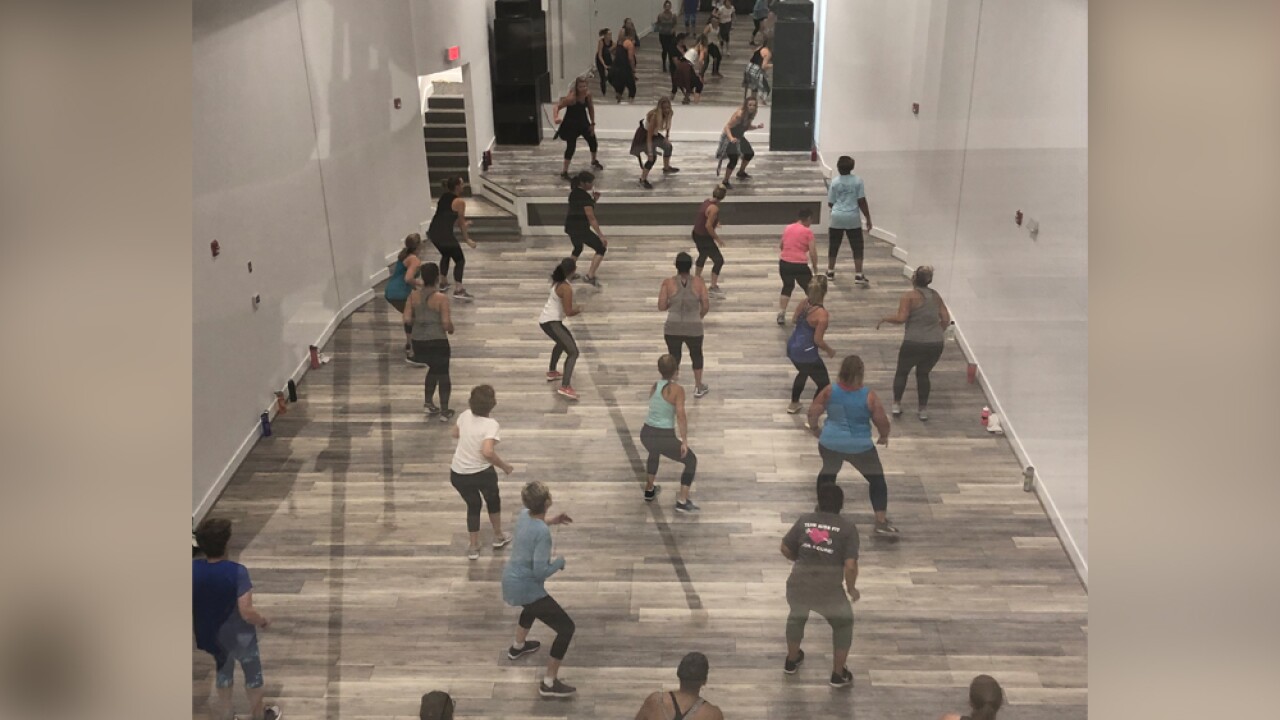 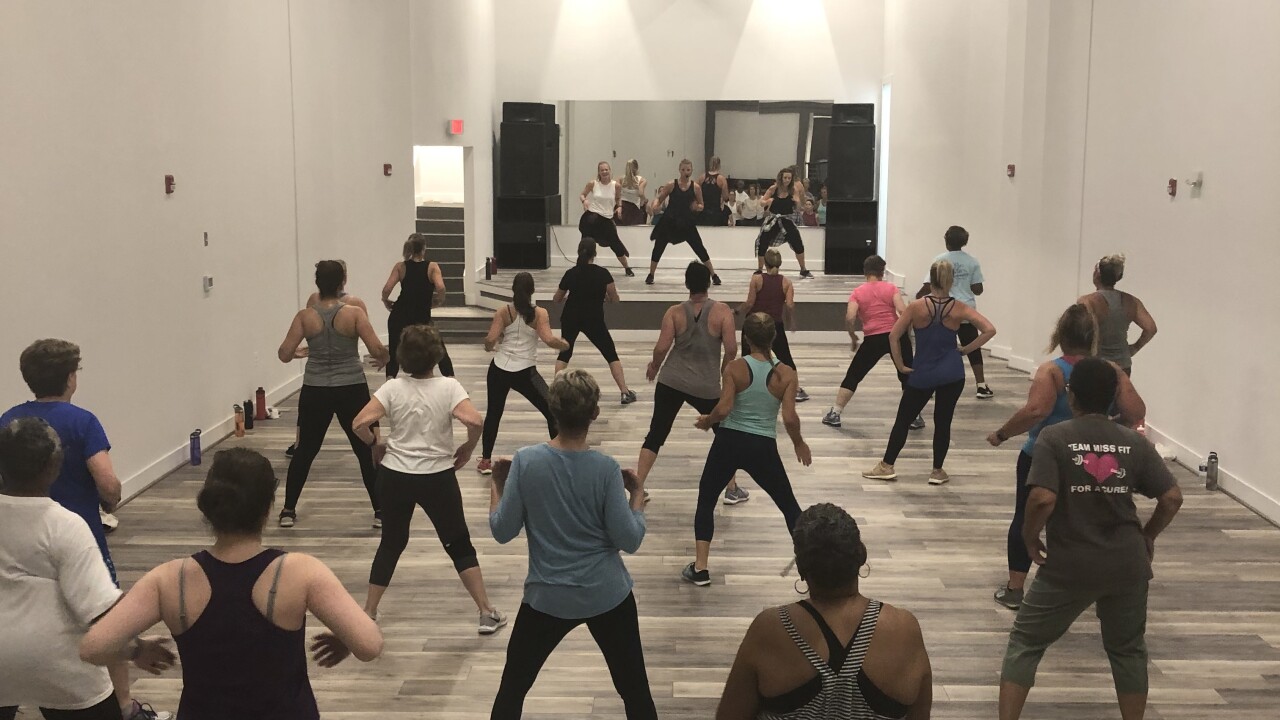 ELLICOTT CITY, Md. — It's been 474 days since Miss Fit gym had a place to call home.

And those 474 days have been a challenging time for the gym's owner Shelley Sharkey.

She opened the gym in the Caplan's building on Main Street in Old Ellicott City back in July of 2017, a year after the deadly flood in 2016. When WMAR-2 News interviewed her then, she said she was excited to be part of the Old EC community.

Floodwaters once again tore down Main Street, leaving behind a path of destruction. Sharkey saw video of Caplan's filling with water and thought she was looking at old video from the 2016 flood.

"But I saw the hearts and I saw our benches. I knew everything that we had worked so hard for was gone," she said.

Sharkey's heart was broken. She didn't think Miss Fit would have much of a future after seeing her building gutted by the floods. But then she woke up the next day.

"I woke up and a GoFundMe page had been started by a team member, members had already started wondering how they could organize donations and fundraisers and find new space. So it was like we’re not done, we’re not done."

It took several weeks to find a new space for the gym. Sharkey said she initially turned down the old theater on Main Street, which sits just up the hill from Caplan's. But eventually she agreed to take a walk around the building.

"I think my guard was up a little but I got faint glimpses, and I could see it and the space was laid out perfectly for all of the things that we need," she said.

After months of renovations, Miss Fit gym will be having its "Premiere Celebration" on Saturday September 14 at 11 a.m. Howard County executive Calvin Ball said since the beginning of the year, 12 businesses have opened on Main Street.

In May, Ball revealed his five-year flood mitigation plan for Old Ellicott City. The plans include tearing down four buildings on the lower end of Main Street, which Ball said he hopes will happen soon once they're finish with the permits and paperwork.

"We are actually cleaning out debris from the lower [end], and since I’ve taken office, we’ve already cleaned out more than eight tons of debris just in preparation for the next storm," he said. "Because we know the next storm is going to happen but we’re going to be well prepared."

"We don’t want to have to keep coming back every few years. We want to make sure that the residents and businesses and visitors who invest in Main Street feel like we’ve made that investment to keep us safe and sound."

Sharkey also believes the Main Street community is worth the investment. She credits her business neighbors, her team and her members for pushing her to the finish line.