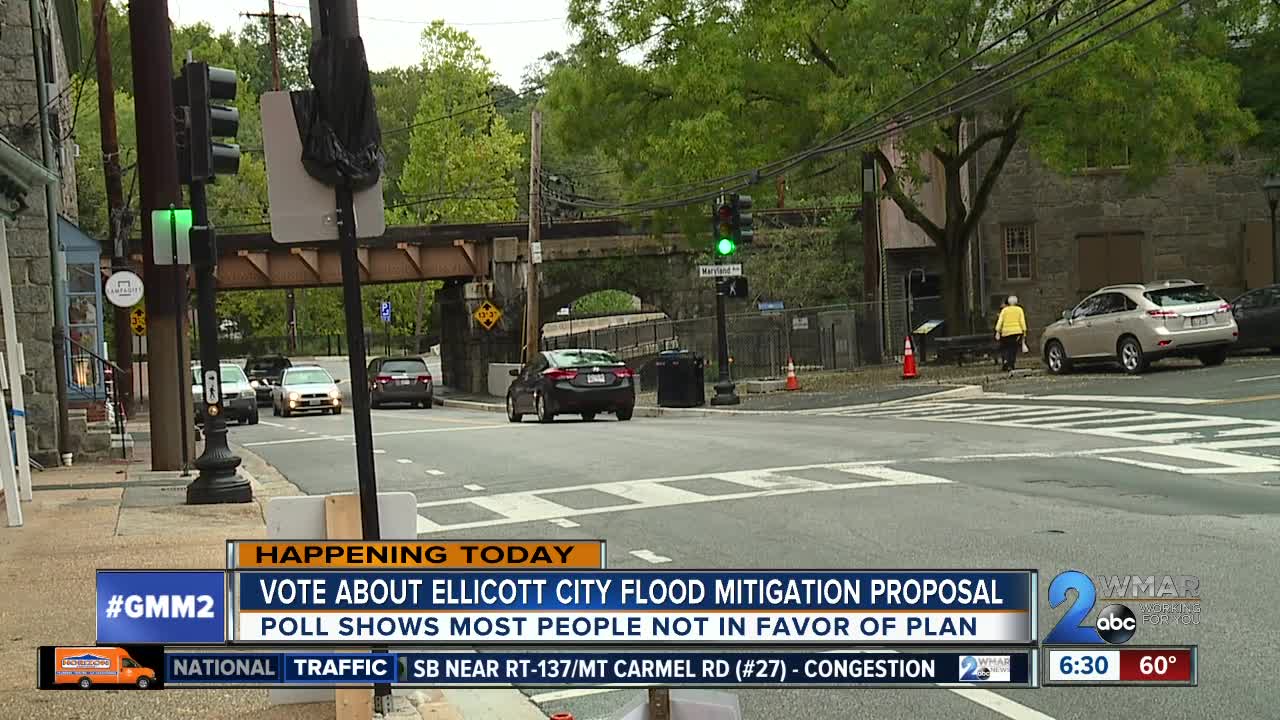 A plan to tear down several buildings along Ellicott City's Main Street, some with historical status, has stirred debate in Howard County. While flooding is a very real and scary concern, some are not sold that this plan will reap the benefits it claims, particularly compared to the potential damage to the town's historic character. 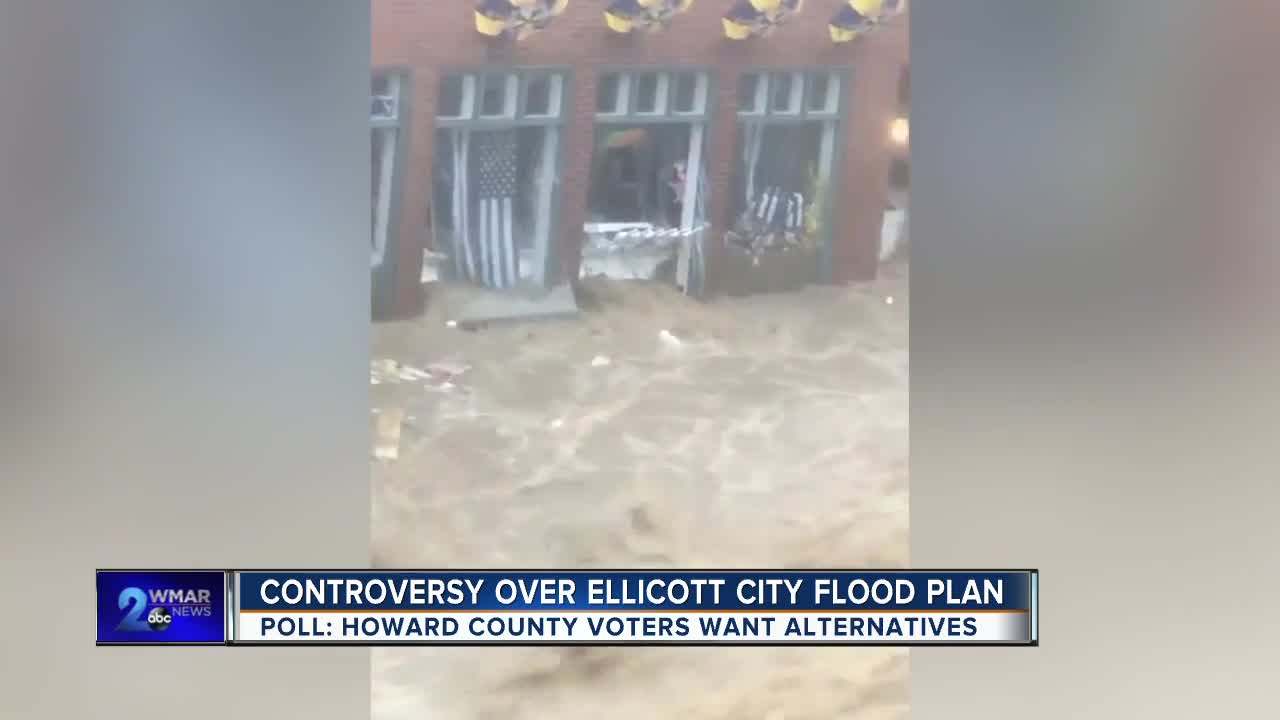 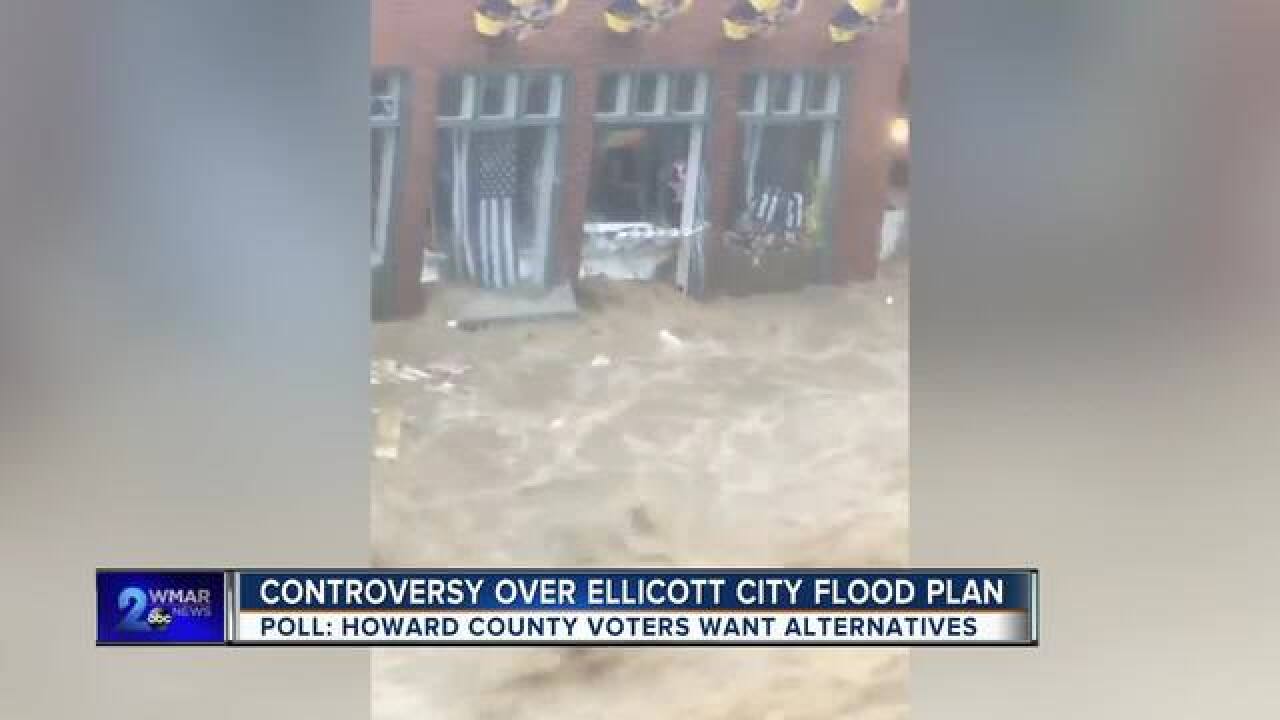 "Ellicott City is such a special place to Maryland that we believe it's really worth fighting for," Elly Cowan, director fo advocacy for Preservation Maryland, said.

Although that seems to be a statement that everyone agrees with, how to save it isn't that easy. One month ago, the county proposed a 5-year flood mitigation plan that includes demolishing 10 businesses on lower Main Street. The $50 million project would create a river walk to lower flooding from 12 feet in some areas to 4-6 feet. On Monday, the county council will vote on whether to fund the project by redistributing money from other projects for the time being, and construction could start soon after it it's passed.

"It's about time that we have to do something because we've now seen that this kind of storm can happen in 22 months and we don't want to risk anyone else's life," County Executive Allan Kittleman said.

"What we want is life safety. We want people to feel safe reopening their business. We want historic Main Street in Ellicott City to thrive. We don’t believe the current plan with the demolition will achieve that goal and what we’re asking is to put a pause on the demolition portion of the plan," Cowan said.

The plan also calls for building culverts and expanding stream planning, all of which Preservation Maryland supports, but they don't believe the financial cost and loss of buildings justifies the reduction in flood waters.

This week, they released a poll conducted by private firm Mason-Dixon Polling and Strategy which shows residents are open to other ideas.

"We're not providing an answer. What we are saying is that we think the county can do better," Cowan said.

It was part of a broader poll ahead of the November election. For 2 days in September, pollsters called over 600 randomly selected registered Howard County voters for interviews. 74% said they support alternative flood mitigation projects that don't involve demolishing the buildings.

Cowan says a lot of time was put into making sure the questions were unbiased but the county and some business owners say they were misleading.

"It's important that people realize that when you do a poll, it’s hard to explain a 5-year flood mitigation plan in 5-minute poll. It makes you wonder about what questions were asked. Did you tell the folks that not all the buildings that are proposed to be removed are historic? A couple of them were built after the year 2000. Did they tell them that there are 4 buildings that are beyond reasonable repair? That they are gonna come down anyway? I don’t think they told them that," Kittleman said.

Those facts are being questioned by Preservation Maryland.

"As we saw in the 2016 flood, where the county had slated 2 of the most historic structures on Main Street for demolition, saying they were too far beyond repair, we were able to bring in an engineering firm from the D.C. area who felt otherwise and were able to secure stabilization for the buildings and those buildings were in fact saved. So we respect what the county says but we respectfully disagree and we would like to see a second opinion," Cowan said. "Once they are gone, you can't get them back."

Kittleman says they plan to relocate the only historic building, Tea on the Tiber. He also said they have done enough studies and there are no alternatives.

Along with overwhelming support for alternative solutions, 43% said $50 million and tearing down the buildings isn't worth the result. 31% said it was worth it.

"Just the public infrastructure costs from the last 2 floods from 2016 and 2018 alone were well over $30 million. I think it was $32-35 million. We are going to have those continued costs if we don’t do something," Kittleman said.

Nearly 40 Ellicott City business owners have signed a letter to the county, supporting the demolition and some of them used to work in the buildings up for discussion.

Kittleman made it clear they want to continue working with Preservation Maryland in the coming months but said the county won't base its decision on the results of the poll. Cowan says if you feel strongly about the proposal, reach out to county councilmen and Kittleman via e-mail by Monday's vote.