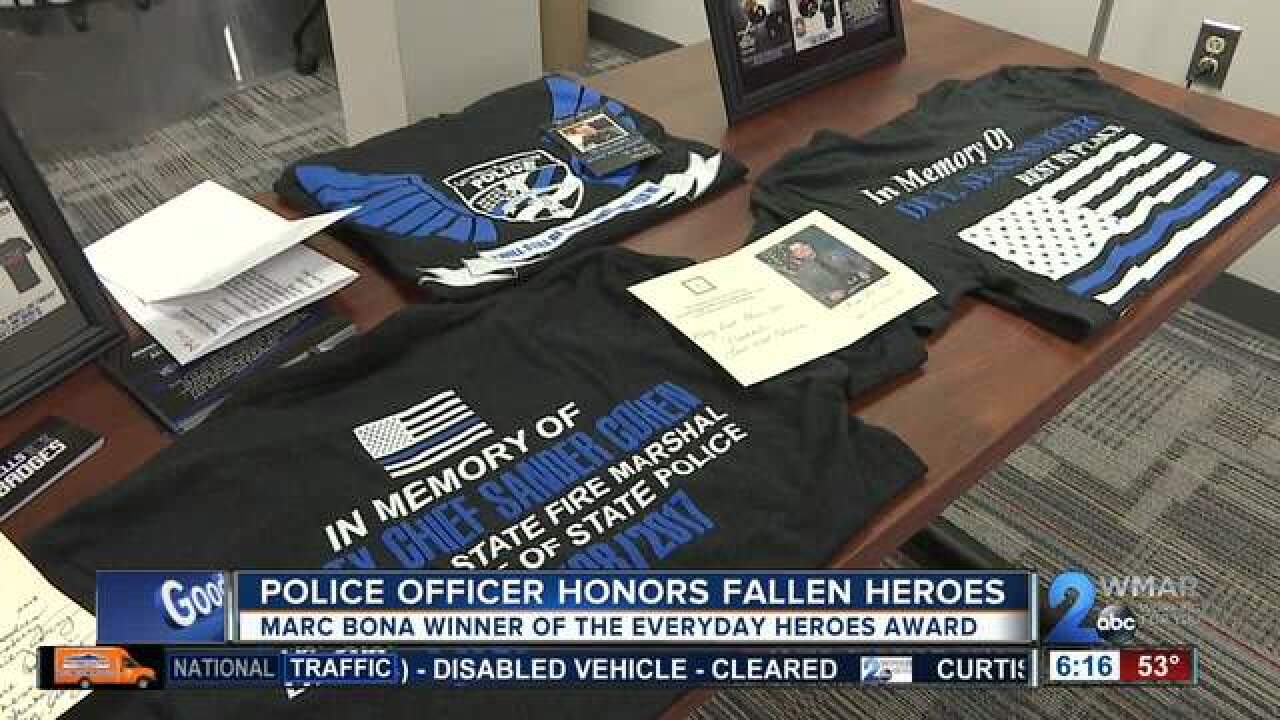 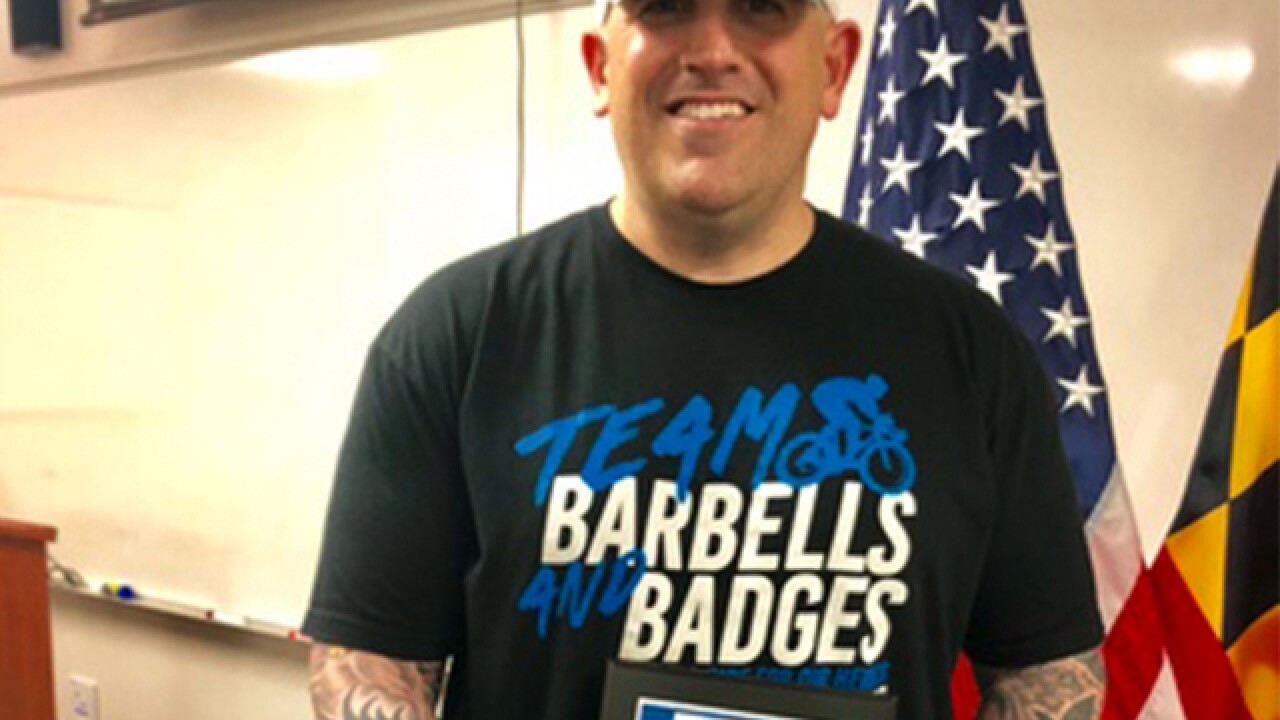 The journey into philanthropy for Marc Bona of Harford County began with Officer Brian Jones of the Norfolk Police Department in Virginia and his widow, Rebekah Jones.

"I was impressed with her story," Bona said. "Her husband was killed in the line of duty but she still found time to help other people."

Bona is a police officer at the University of Maryland, College Park and he too felt compelled to help. He rode in the 2017 Police Unity Tour in honor of Rebekah's late husband.

And that's how the Honor a Hero Project started.

Bona and his wife Morgen created the charity through their online fitness motivation website Barbells and Badges. They design t-shirts in memory of fallen officers, sell them online, and donate all of the proceeds to the officers' families.

"We saw there was a need for this," he said.

Bona knows every officer's story, especially the local ones. He made a shirt for Deputy Chief State Fire Marshal Sander Cohen, who was struck and killed while helping an FBI agent on the side of I-270 in Rockville last year.

And when he got the call from the Baltimore City Police Department about doing a shirt for Detective Sean Suiter, who was killed in November, he was surprised.

"There was a little bit of hesitance because it was in the news a lot. But it was a successful campaign and we still have people who request it today," he said.

Morgen Bona helps run the Honor a Hero project with her husband. She says when he first approached the idea of starting the charity, she supported him 100 percent.

"Marc is the kind of guy who really likes to do things for other people and help people out but he doesn't really like talking about it," she said.

Bona doesn't make a penny off the Honor a Hero project but what he gets in appreciation from the families who have lost so much makes it all worthwhile.

"Its better than pay. You feel like you're making an impact."