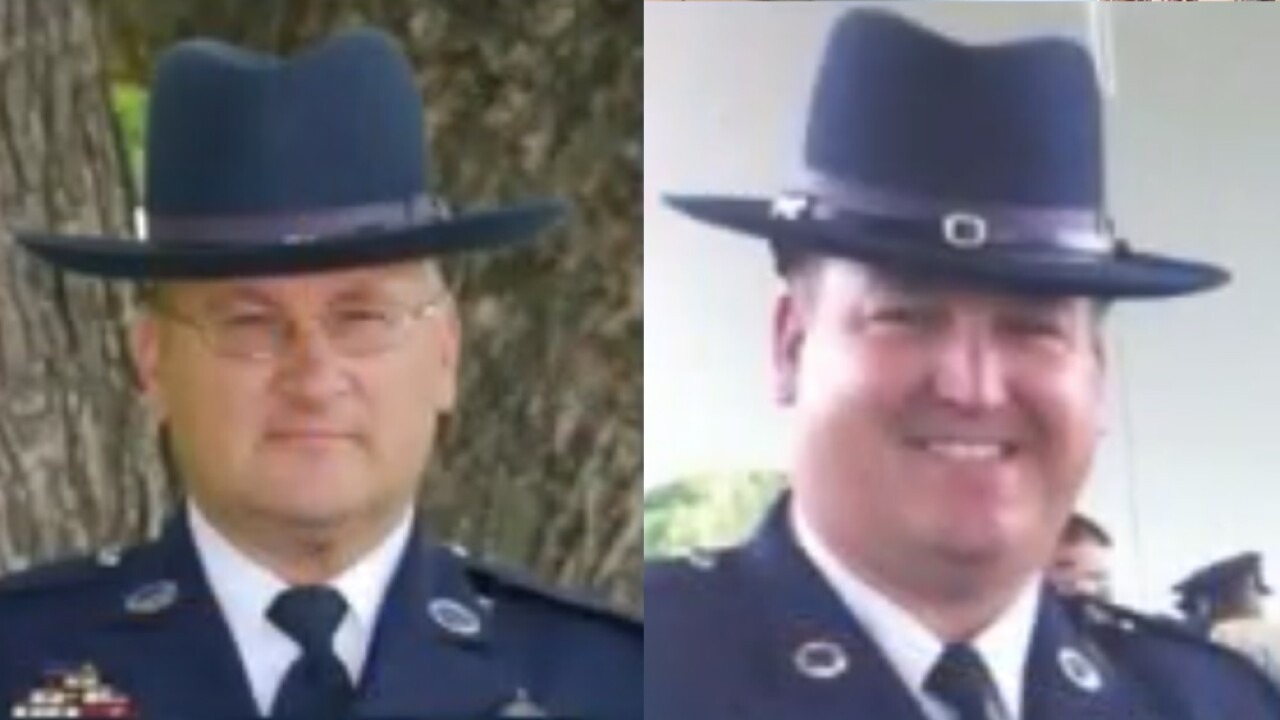 On Wednesday, the Harford community said its final goodbyes to Sheriff’s Deputy Patrick Dailey, and Thursday they began to do the same for Deputy First Class Mark Logsdon.

Logsdon, 43, was shot and killed in pursuit of a suspect. He was the second officer killed in the line of service last Wednesday.

He was a 16-year member of the Harford County Sheriff’s Office and 12-year veteran of the U.S. Army. He leaves behind his wife, a son, two daughters and an unborn grandchild due in April.

Both families of deputies Dailey and Logsdon were awarded the Sheriff's Office Medal of Honor, the highest recognition of that office.

"Obviously, both of our deputies gave their lives in the line of duty and for that we have awarded two medals of honor, for Senior Deputy Pat, and one for Mark, and I pray I never award another one," Harford County Sheriff Jeffrey Gahler said.

Logsdon was also a recipient of a Valor Commendation in 2005 after convincing a man indicating a desire to commit suicide to put down a loaded shotgun. The incident occurred on Feb.10, 2005.

While Logsdon will be remembered for his service, Mountain Christian Church Senior Pastor Ben Cachiaras said friends and family are also remembering him for his positive outlook on life.

"He didn’t let the little things bug him. He kept things in perspective he was a happy go-lucky seat of your pants kind of guy and he embraced life," he said. "He loved to laugh and that’s what he would say,  he would say keep it light folks, life’s too short to get hung up on the little things."

There’s also been an outpouring of support by law enforcement agencies across the country and from the community. Many businesses have held fundraisers benefiting the families of the two fallen officers and sent notes of appreciation to the Sheriff’s Office for its service.

And while some residents said they hope the support brings some kind of comfort to the families, they know it’s going to be a long time before the community ever gets back to normal.

"It’s going to take a while, but things like this will help and the community getting involved and staying involved and just showing their support is what’s going to help everyone get through it," said Bill Stevenson, the owner of Jarrettsville Creamery and Deli, where there was an all-day fundraiser on Thursday.

Ten percent of sales for the day were donated to the Harford County Deputy Sheriff's Union Benevolent Fund, as well as all other money collected. The store also had several thank you notes for the Sheriff's Office that residents could sign, and a promotion called "Give a Cop a Cookie."

"Nothing is going to make a huge difference to the families, but to reach out even if it is with a few dollars, or an extra thank you or something to just acknowledge, I think it’s really important for the community," said Dana Sennett, a customer participating in the fundraiser.

The second day of visitation for Logsdon will be held at the Mountain Christian Church from 2-9 p.m. on Friday. The funeral service is scheduled for 10 a.m. Saturday, Feb. 20 at Harford Community College.