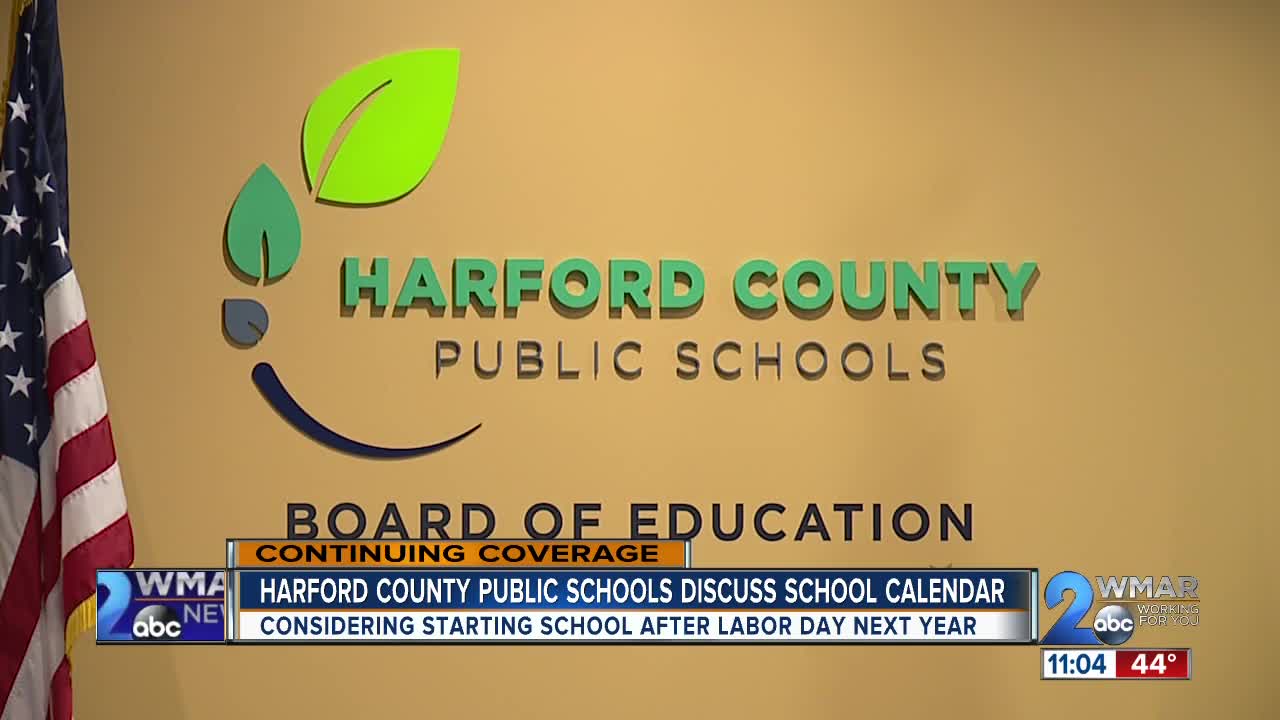 The Harford County Board of Education met Monday to consider starting school before Labor Day. 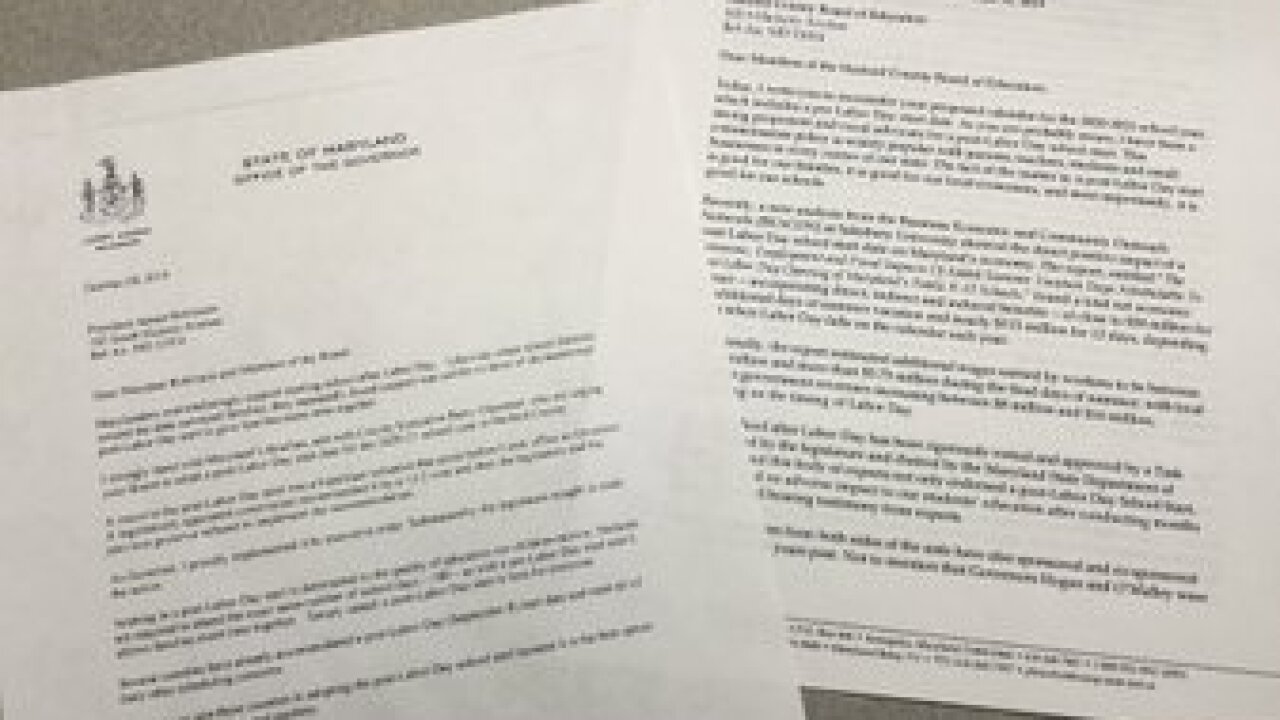 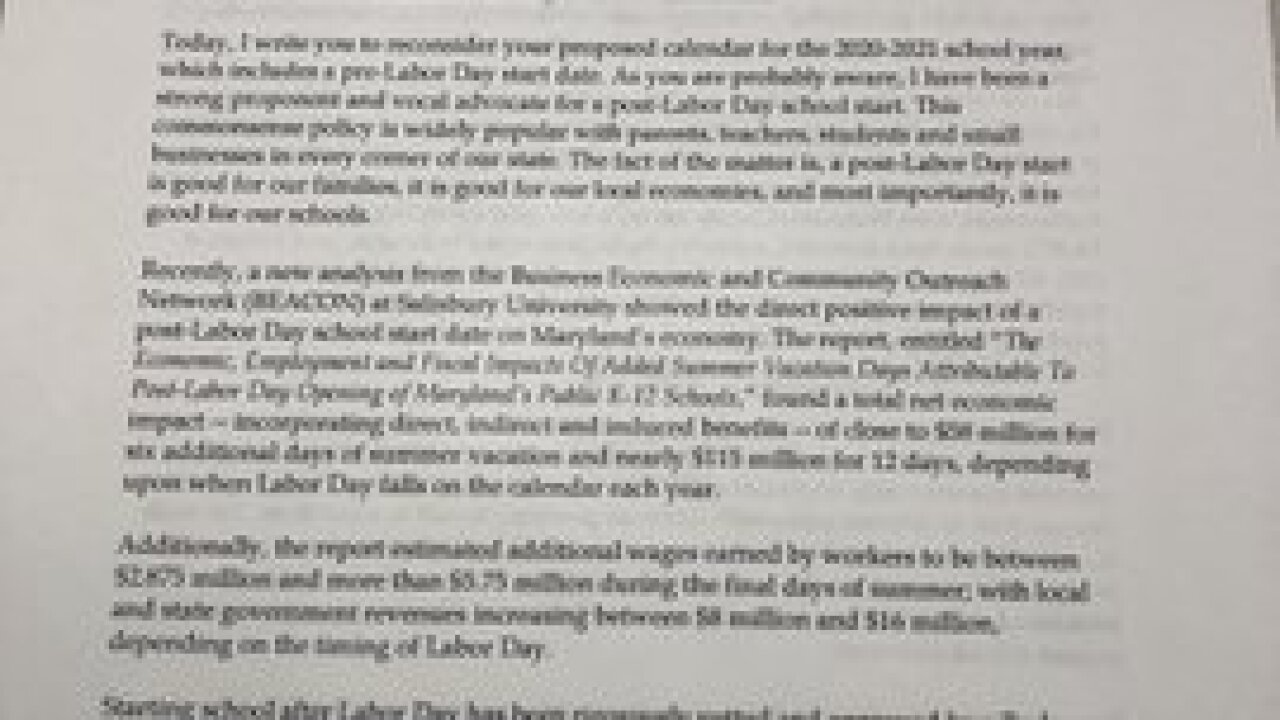 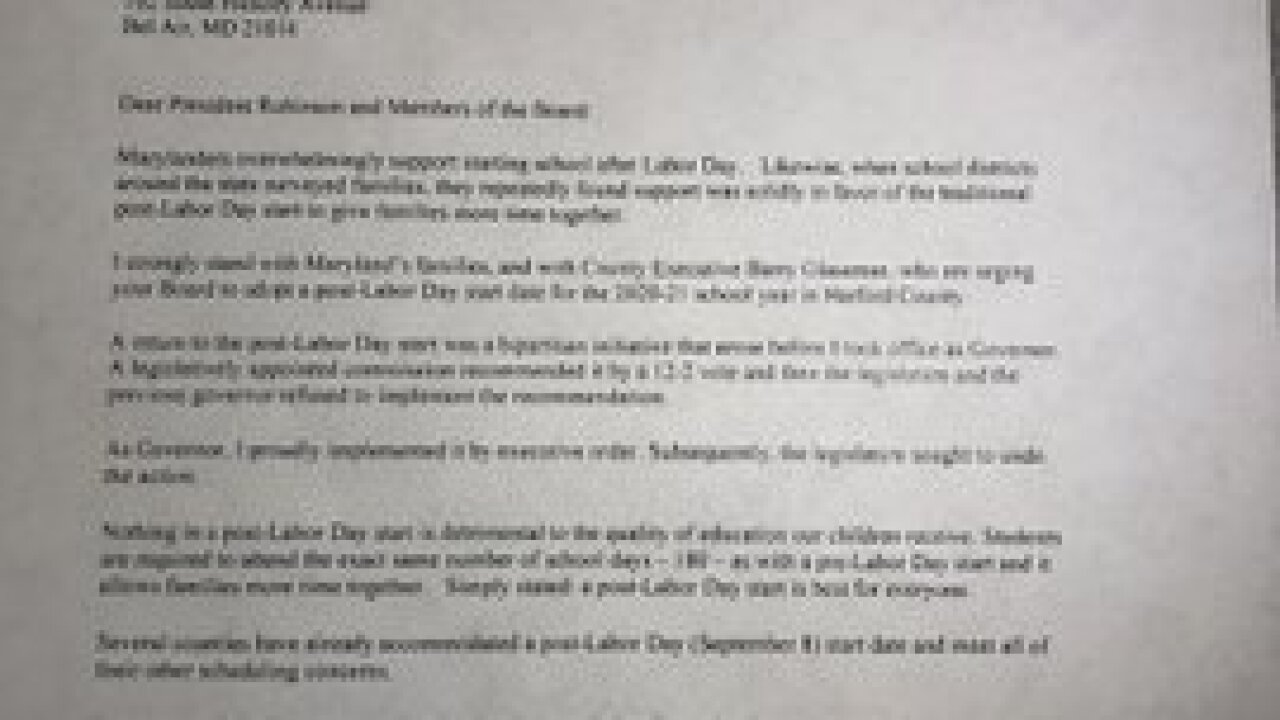 County officials including County Executive Barry Glassman attended to oppose the idea. Glassman did not show up empty handed. He shared two letters one from Governor Larry Hogan and the other written by Comptroller Peter Franchot, breaking down the economic benefit.

“Starting school after Labor Day will help with local revenue and will not impact education for student.” said Glassman.

Harford County Executive, Barry Glassman, is asking the same. He says starting school after Labor Day will help with local revenue and will not negatively impact education for students. @WMAR2News pic.twitter.com/qnyEWUlgAQ

Bridgette Carven, a sophomore at C. Milton Wright High School wants a post Labor Day start, so when she finishes her AP testing, she can learn more from her teachers. It will also help her sister who competes in horticulture at the Maryland State Fair.

Glassman read the letter written by @GovLarryHogan wanting schools to start after Labor Day. He also gave copies, to BOE members, of a letter written by comptroller Peter Franchot who discusses the economic benefit of a post- Labor Day start. @WMAR2News pic.twitter.com/3IeFleimGs

The board says they've only received about 300 comments and want as much input as possible until their December vote.