Dog sent to live with mom after dad was deployed 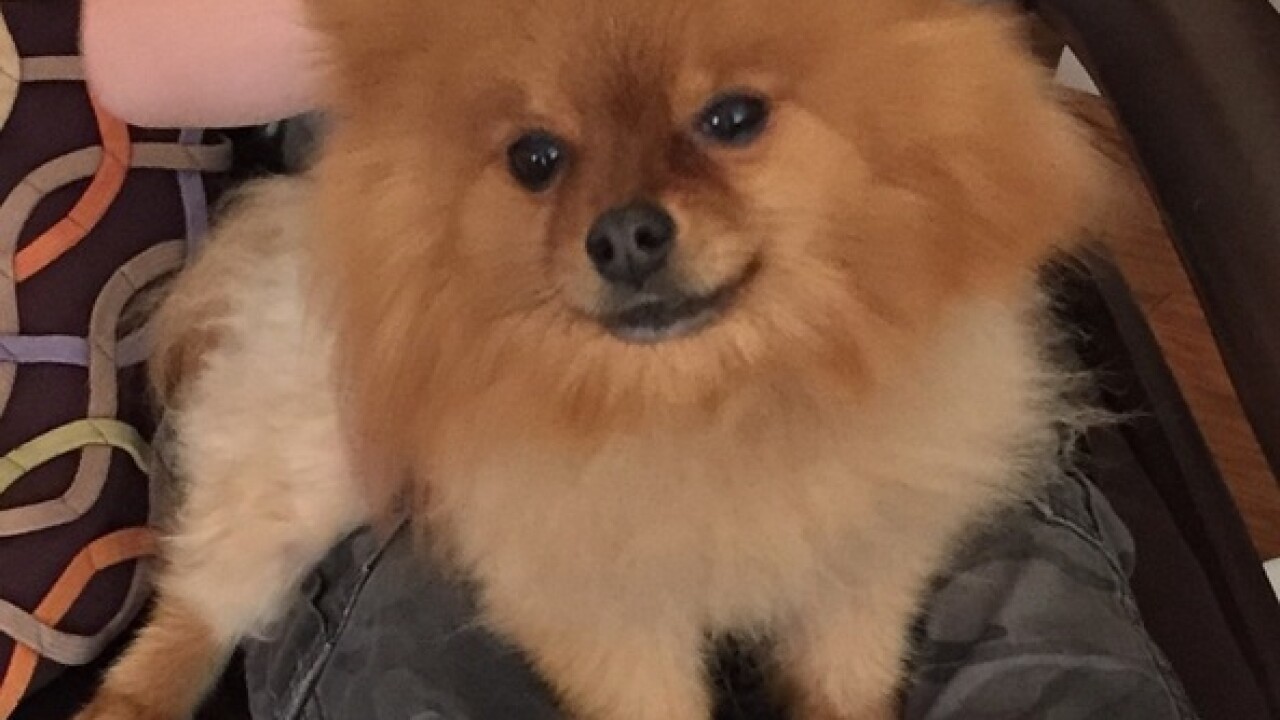 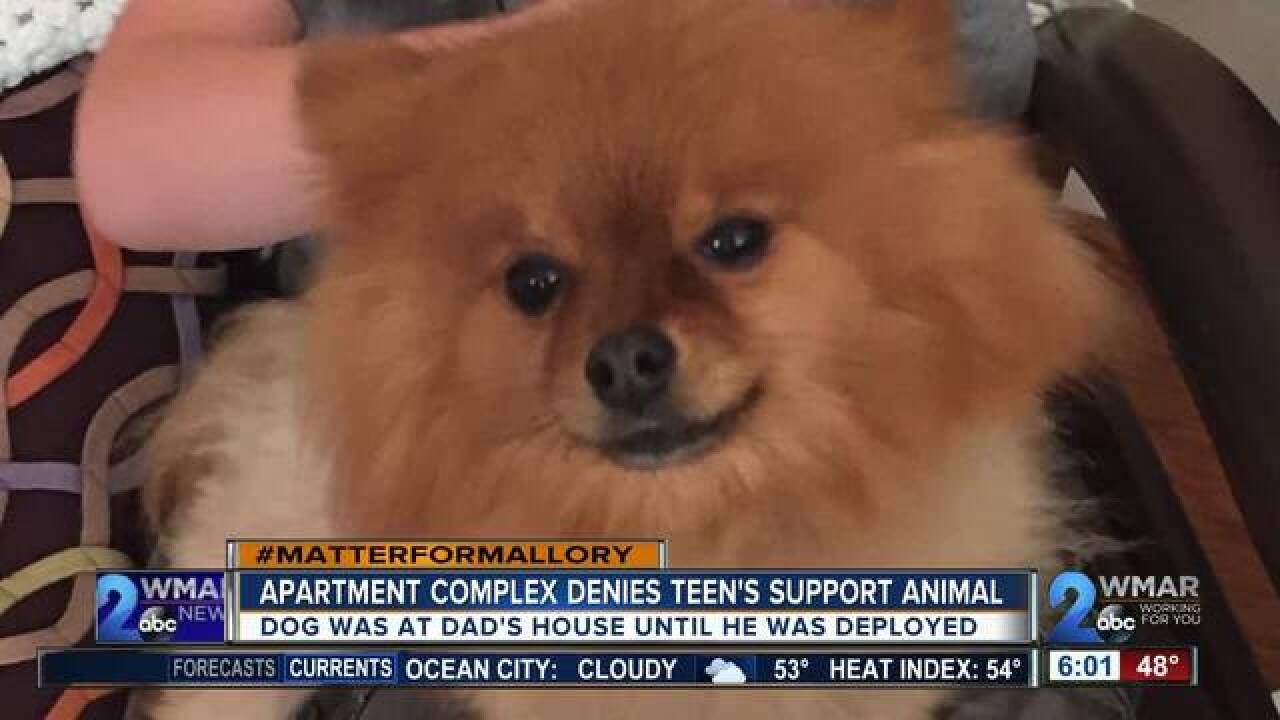 A Harford County mom is fighting for permission from her apartment complex so that her son’s emotional support animal can live them.

Marianne Otten said the complex, Harford Village North, is violating federal law by denying the support animal, while the attorney representing the complex says the dog is actually a pet.

Elliott is a minor. He was living at his dad’s with the dog but the dad was recently deployed to Afghanistan.

And she said Elliott's 8-pound Pomeranian, Augustus, is important to his overall health.

“There’s not a day that goes by since his father’s been gone that he has mentioned to me that he’s worried about his dad and I don’t want him to feel alone, I just don’t want that for him,” Otten said.

His dad, in the U.S. Air Force, had the dog at his house but the couple is going through a divorce and Harford Village North apartments doesn't permit animals. And after sending the complex a letter from her son's therapist, they still said no.

“I’m fighting for not my rights but his rights to have his dog here with him that gives him comfort,” said Otten.

And it was the word "may" that the attorney representing Harbond Associates Limited Partnership, owner of Harford Village North, capitalized on.

The letter said, “the resident must need the requested accommodation to allow the person equal use and enjoyment in their housing.”

However, there was no mention in their letter of when Elliot’s therapist said “it is crucial that Elliott be allowed to keep his ESA" and “without this accommodation, Elliott will be at serious risk of decompensation.”

“I don't know about this child's disability but in terms of emotional support animals sometimes they help relieve depression, help relieve anxiety, help deal with symptoms of PTSD, it can be a whole range of things,” said Luciene Parsley, managing attorney of the fair housing unit for Disability Rights Maryland.

The law says “A housing provider may not deny a reasonable accommodation request because he or she is uncertain whether or not the person seeking the accommodation has a disability or a disability-related need for an assistance animal.”

“It is incumbent on them to ask for additional information rather than denying straight out an accommodation request,” said Parsley.

Landlords can deny an emotional support animal if it causes undue financial or administrative burden but that was never indicated.

WMAR-2 News Mallory Sofastaii was not able to receive clarification.

No one was at the leasing office and the attorney, Letecia Rollins, did not answer WMAR-2 News emails, calls, or meet with Mallory when she went to her office.

“I guess people might say this is ridiculous, it’s about a dog. No, it’s not about a dog, it’s about a boy and his dog and about the love that they have for one another and the support that he gets,” Otten said.

Otten is seeking a more strongly worded letter from the therapist but she's on maternity leave.

Augustus is currently staying in Ocean City with another family member.

Otten also filed a complaint with the Department of Housing and Urban Development. An investigator is being assigned to the case.

For more information on the Fair Housing Act and service animals, click here.

If you have a Matter for Mallory, she wants to hear from you. You can email her at Mallory@wmar.com.