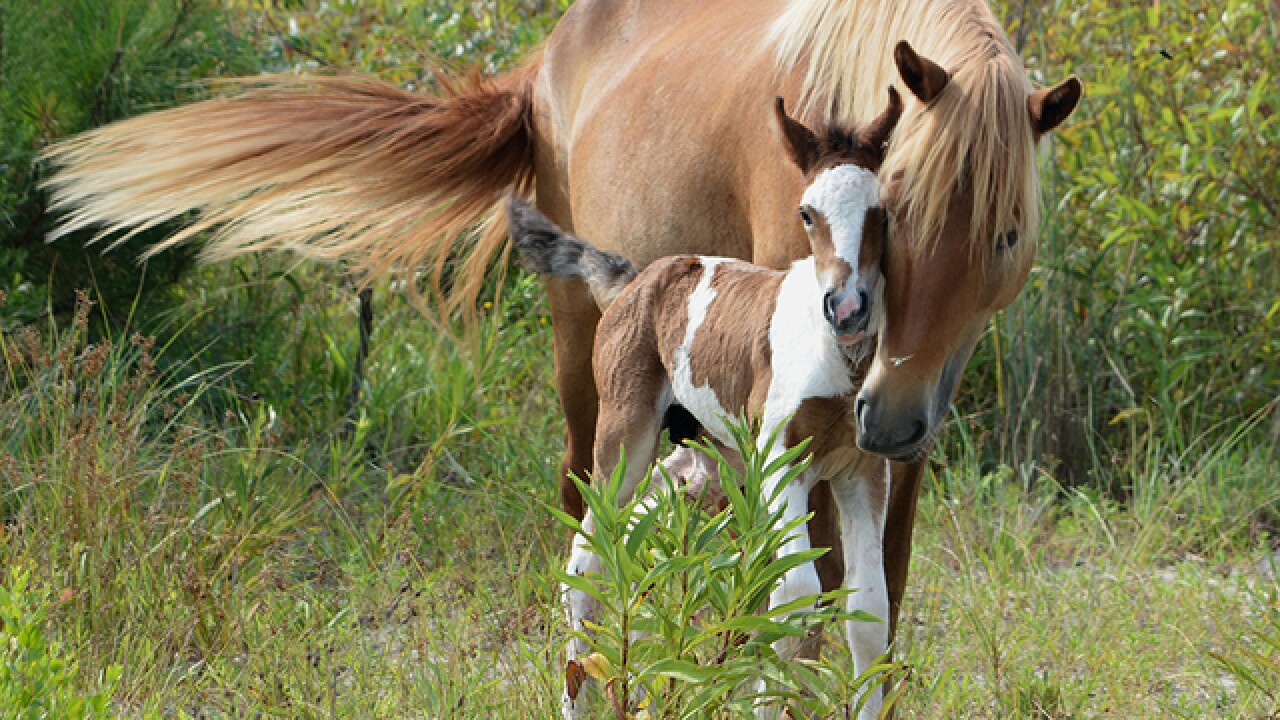 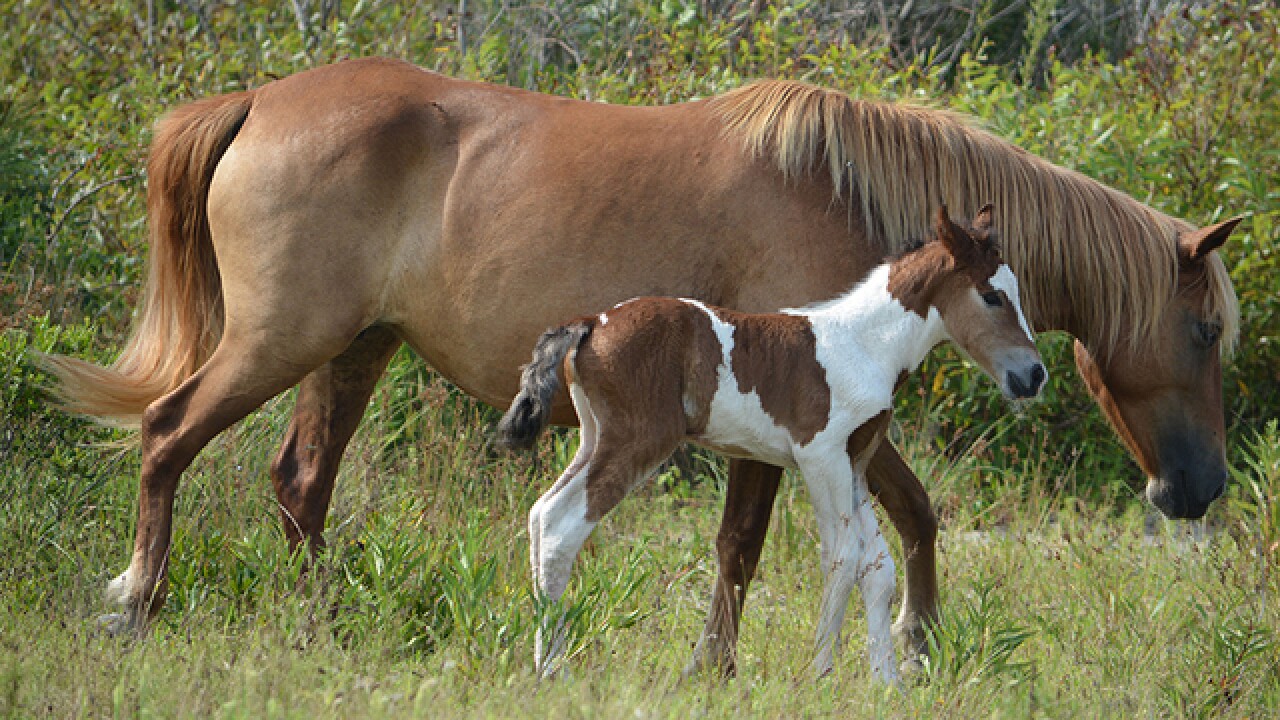 The herd of wild ponies on Assateague Island welcomed a new member at the end of last week.

In the early morning hours of Aug. 17, a baby pinto colt was born. Since the colt's mother is designated as horse "N9BM-J," or more familiarly as "Giggles," the colt has been donned the marker "N9BM-JQ."

About two-thirds of the foals in the National Seashore habitat are born between April, May, and June, the National Parks Service said, but it isn't unusual to see foals born in other months as well. The colt and his mother will join their familial band as the young pony learns to socialize and interact with the world.

The Parks Service warns that mares can be very protective of their new foals, and so it is important visitors give them plenty of space. Though these animals might look docile and similar to their domestic cousins, they are still considered wild. Guests should use the rule of keeping a "bus length," or 40 feet, from the horses at all times, the Parks Service said.