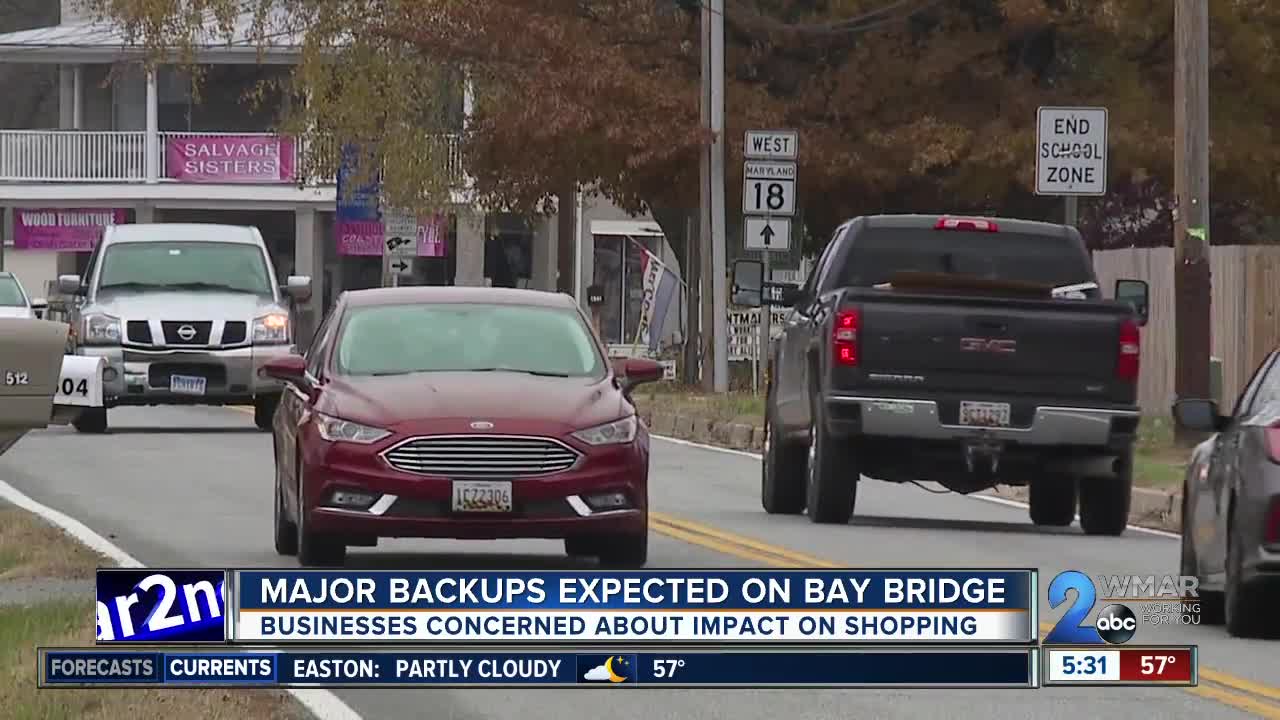 Holiday traffic is in full effect, but one community has had its share of traffic for more than a month now.

KENT ISLAND, Md. — Holiday traffic is in full effect, but one community has had its share of traffic for more than a month now.

Kent Island and the surrounding areas have been impacted greatly with the new bridge work schedule. With the highly anticipated big numbers of Thanksgiving travelers, many local businesses are taking big hits with the grid lock.

Sales are off because locals just can't get to the shops and that's not good news heading into the busiest shopping time of the year.

Mitchell Andrew is the owner of Love Point Deli Wine and Spirits. Thanksgiving is here and holiday sales are brisk for holiday drinks and the deli, or at least that's how it used to be.

"Certain times of day we are down 35 to 25 percent in the middle of the days when traffic is backed up because local people just can't move," Andrew said. Sot: (Doby Middleton)

"That's the worst part of it is they are backing up the back roads," Doby Middleton said. "People try to take short cuts and the local people can't get around at all."

Middleton has owned Western Auto on Kent Island for 40 years. He's seen the impact of traffic on the Island but, not like this. It's not just customers who can't get to his business, manufactures can't get their parts to his shop and that backs everything up.

"It's delayed the work, you know when parts are supposed to be here at 2 o'clock, it doesn't show up until 3 or 4. You are not getting any work done until later in the day or the next day," Middleton said.

It's not just customers that are effected by the traffic. Some local businesses are having trouble completing their work because of all the traffic. Jim Tribull is a mechanic at Western Auto. After he finishes his work he has to test drive the car and that could mean having to get the car up to 50 mph, something you can't do in stand still traffic.

"You really can't get up to that speed with traffic backed up," Tribull said. "It's almost not happening."

Local owners may not like it but, they do have it in perspective.

"The bridge has got to be fixed, it's better than having no bridge at all," Middleton said.