Heavy rain from Tropical Storm Fay on the Eastern Shore 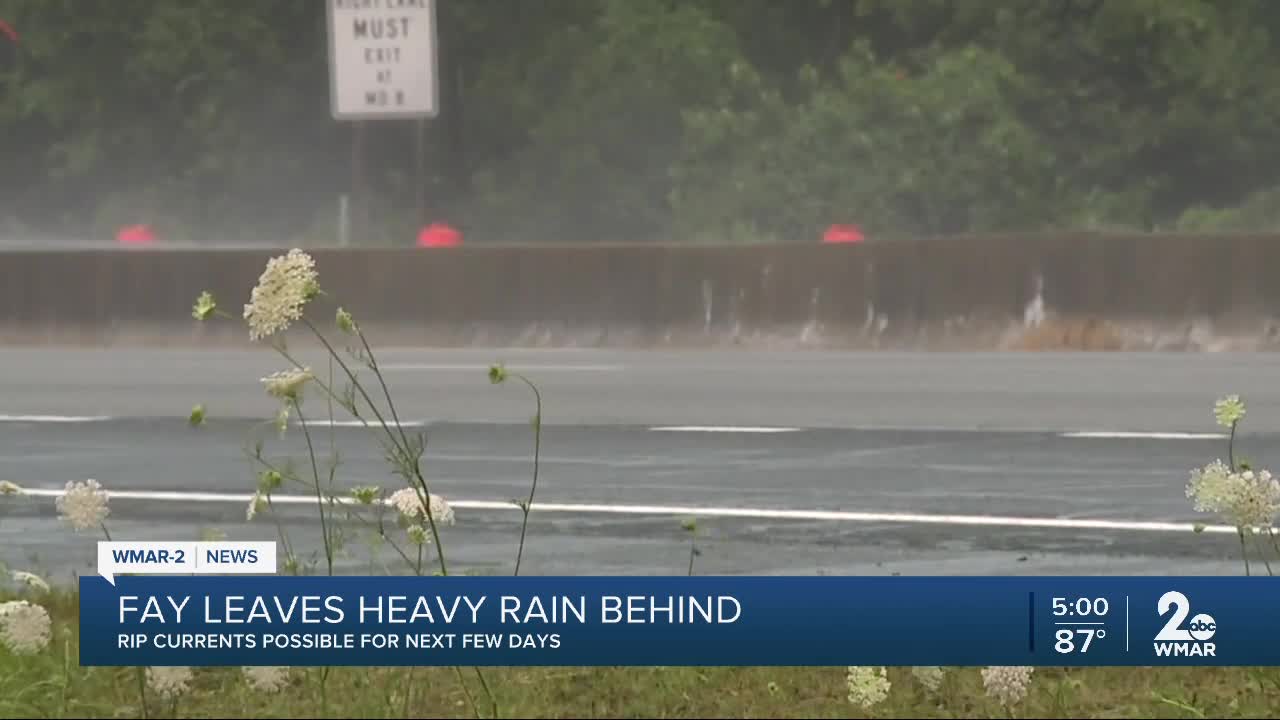 Heavy rain from Tropical Storm Fay on the Eastern Shore

If you had plans to go to the beach today, you had a lot to deal with. Heavy rains unloaded on the Eastern Shore as Tropical Storm Fay made its way by.

The Eastern Shore had up to 4 inches of rain, some areas reporting more. Some roads were closed in Ocean City until the waters could subside.

Luke Phipps was out this morning shoring up his boat from the wind and the rain. It's better to do it when you're not in the thick of the storm.

Phipps says preparing ahead of time is critical. He's had to do that a lot more than we're used to this year.

"It would be considerable to September, when we've had this many storms but, it might get worse," he said.

And he's right. We usually don't see this amount of storms until September.

Winds were blowing close to 40 MPH at the beach. As tropical storm Fay pounds New York and New Jersey, the residual effects of the winds will cause dangerous rip tides in Ocean City for the next couple of days at the beach.

Hurricane season runs for June until the end of November. There is an average of 12 storms a year and we're at number 6 right now.