Heavy rain and wind damage on the Eastern Shore 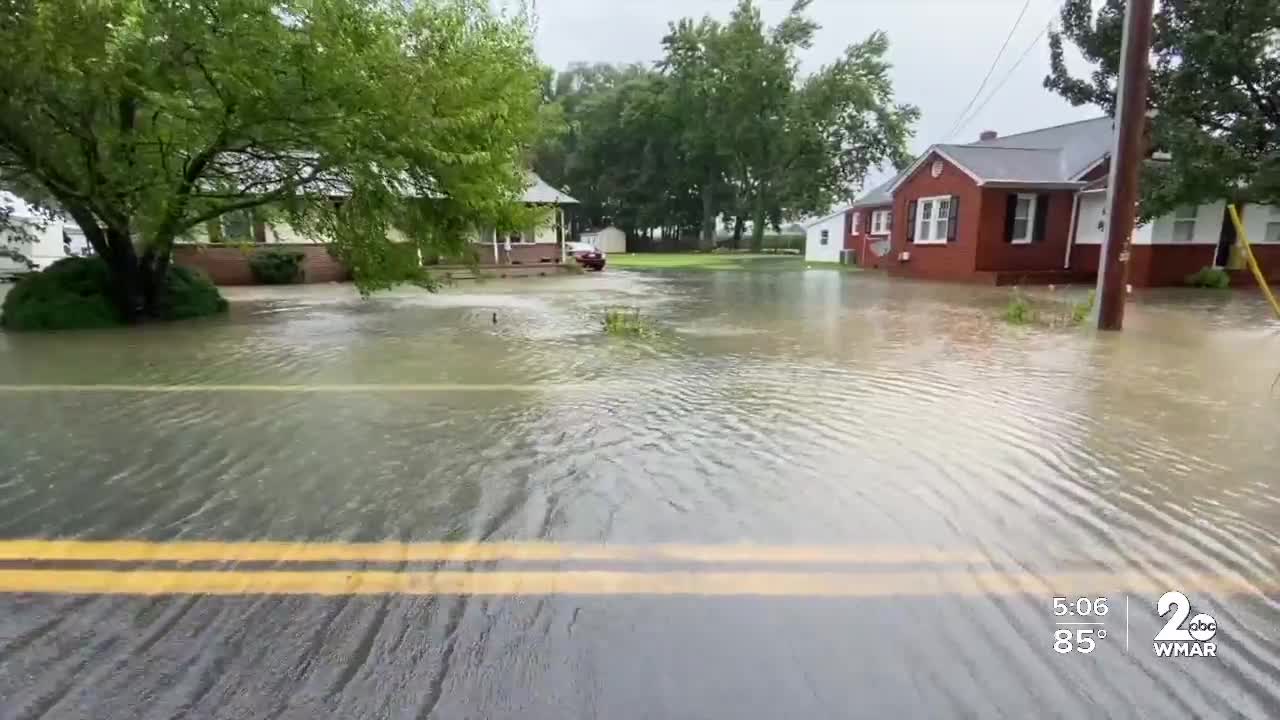 Those on the east coast of the state are dealing with a lot of cleanup in the wake of Isaias.

Those on the east coast of the state are dealing with a lot of cleanup in the wake of Isaias.

As the storm tracked right through the shore, rains and high tides did a lot of damage, but it was the wind that left the shore reeling.

This storm came and went with a lot of rain and a lot of wind. The rain will do a lot of damage, the wind… well the wind can break a mans dreams.

Don Story is having a bad day. He’s taken many pictures of his 47 foot Excalibur Riviera but, none of them looked this horrible.

"The wind was so tremendous and a wave must have crushed the lift and when it did, it brought the boat off," he said.

Story lives on the Western Shore and keeps his boat on Kent Island. His luck didn’t change when he came to rescue his boat.

"We tried to get over here to save it, the bridge was closed," he explained.

High winds closed the Bay Bridge down for some time and that allowed enough time for the wind and surf to destroy the boat.

Tracy Schulz is the Assistant Fire Chief on Kent Island. High winds on the shore did a number on tree limbs and power lines.

"We had an ambulance trapped between two trees that had fallen across the roadway and had some wires down so they are using some other sources to try and get to the patient and get them out to the main road," Schulz said.

Water turned back yards into swimming pools. Kenny Clark Jr. and Sr. scrambled to keep up with water.

As they evaluate their home underwater, Don Story continues to look at his boat underwater. The news doesn’t get any better for him.

The insurance company only had it appraised at $100,000 until they did the revaluation for the sale in two weeks. That sale will not go through now.

The clean up will continue and power lines will be reconnected. There were reports of winds gusting to 79 miles an hour at the Bay Bridge.