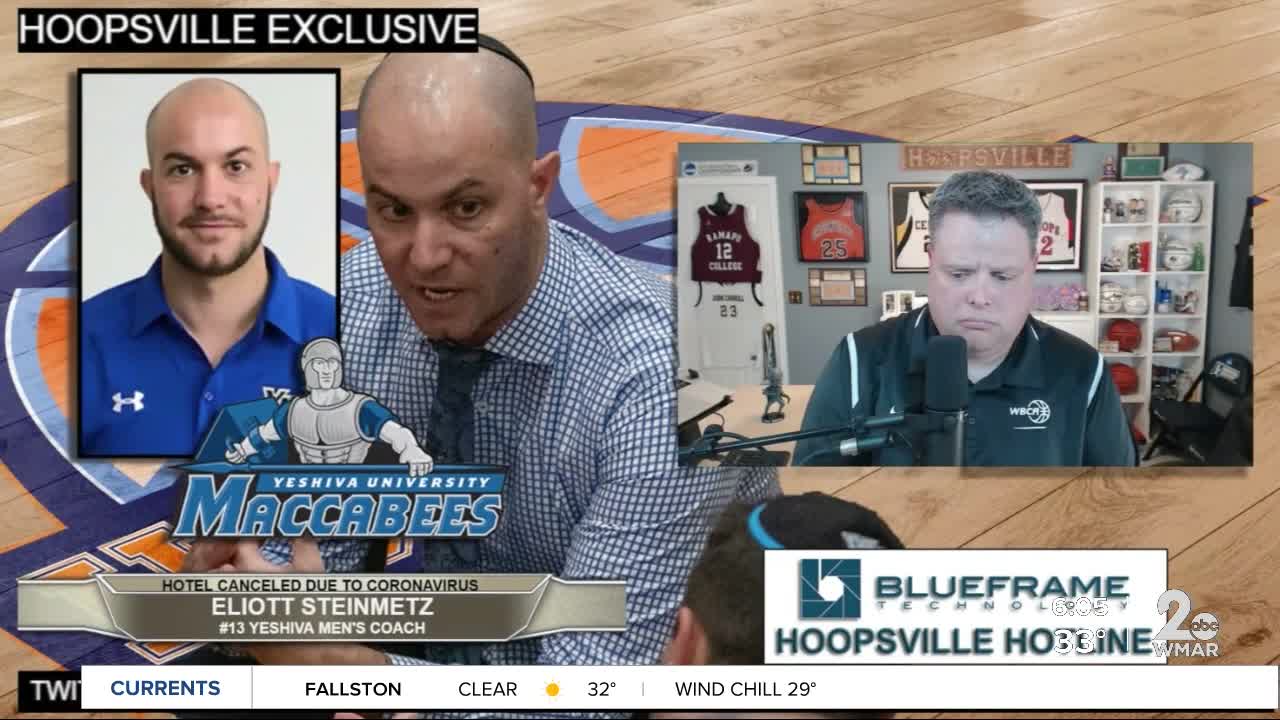 A hotel in a Baltimore suburb on Thursday canceled the reservation of the Yeshiva University men’s basketball team over fears of novel coronavirus, the coach of the Maccabees told The Associated Press. 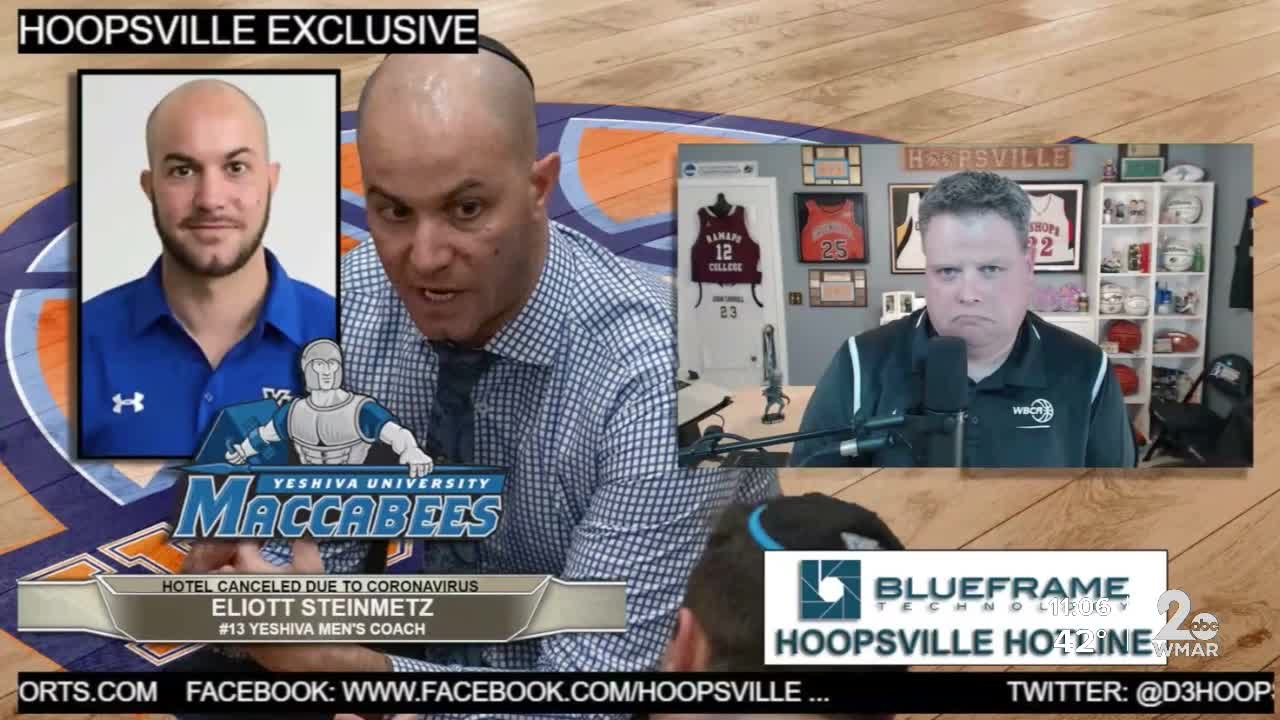 BALTIMORE (WMAR) — A hotel in a Baltimore suburb on Thursday canceled the reservation of the Yeshiva University men’s basketball team over fears of novel coronavirus, the coach of the Maccabees told The Associated Press.

Coach Elliot Steinmetz said the DoubleTree by Hilton Hotel in Pikesville canceled the reservation, forcing the team to book rooms at a different hotel. A student at the Orthodox Jewish university has tested positive for the virus.

“I made it very clear to the hotel that it’s discrimination,” Steinmetz said. “I basically said to them: ‘Do you have a checkbox on your website that says that you’ve been in an area with suspected coronavirus?’ And they said no. So I said: ‘Is it just for the guests of Yeshiva University?’ And they said yes. I told them that that’s called discrimination.”

On Friday, the DoubleTree released a statement denying allegations of discrimination.

The team is scheduled to play Worcester Polytechnic Institute Friday in the first round of the NCAA Division III basketball tournament at Johns Hopkins University in Baltimore. The winner would advance to play the winner of the later Friday game between Johns Hopkins and Penn State Harrisburg on Saturday.

Later that evening in response, Johns Hopkins University said no fans would be allowed to attend the live games citing concerns that the virus could spread.

New York Governor Andrew Cuomo said Wednesday that the wife, two children and a neighbor of a New York lawyer who is hospitalized in critical condition with COVID-19 have also tested positive for the disease. One of the lawyer’s children is a student at Yeshiva University.

The family and the neighbor have been self-quarantined at home.

The institution has canceled classes at its upper Manhattan campus.

Josh Joseph, the university’s senior vice president, said the infected student is not a member of the basketball team, has not participated in any team events and has not been on campus since Feb. 27. He added that the New York City Department of Health has “cleared” the team to participate in the tournament.

The best team in the school’s history won the Skyline Conference title on Sunday, its second conference championship in three years, to qualify for the NCAA Division III tournament. The Maccabees have won 27 straight games.

Contributing to this story was the Associated Press' Garcia Cano from Washington and Luis Andres Henao from Princeton, New Jersey.