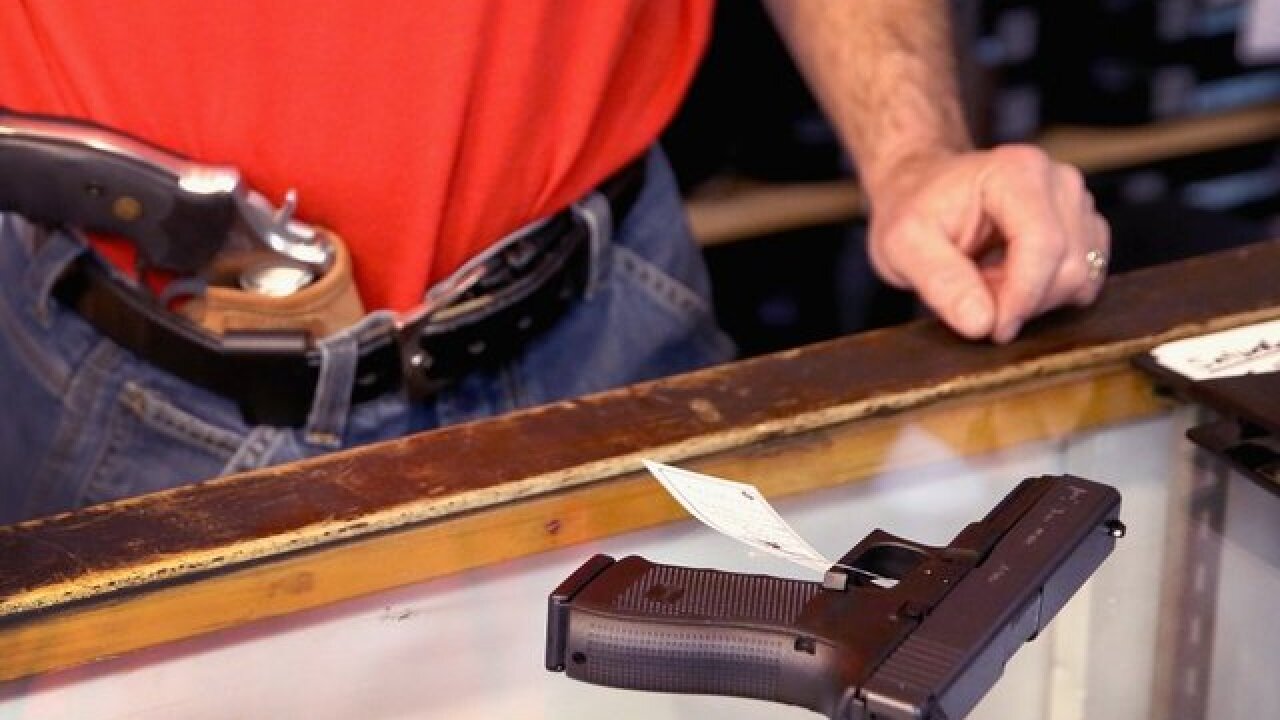 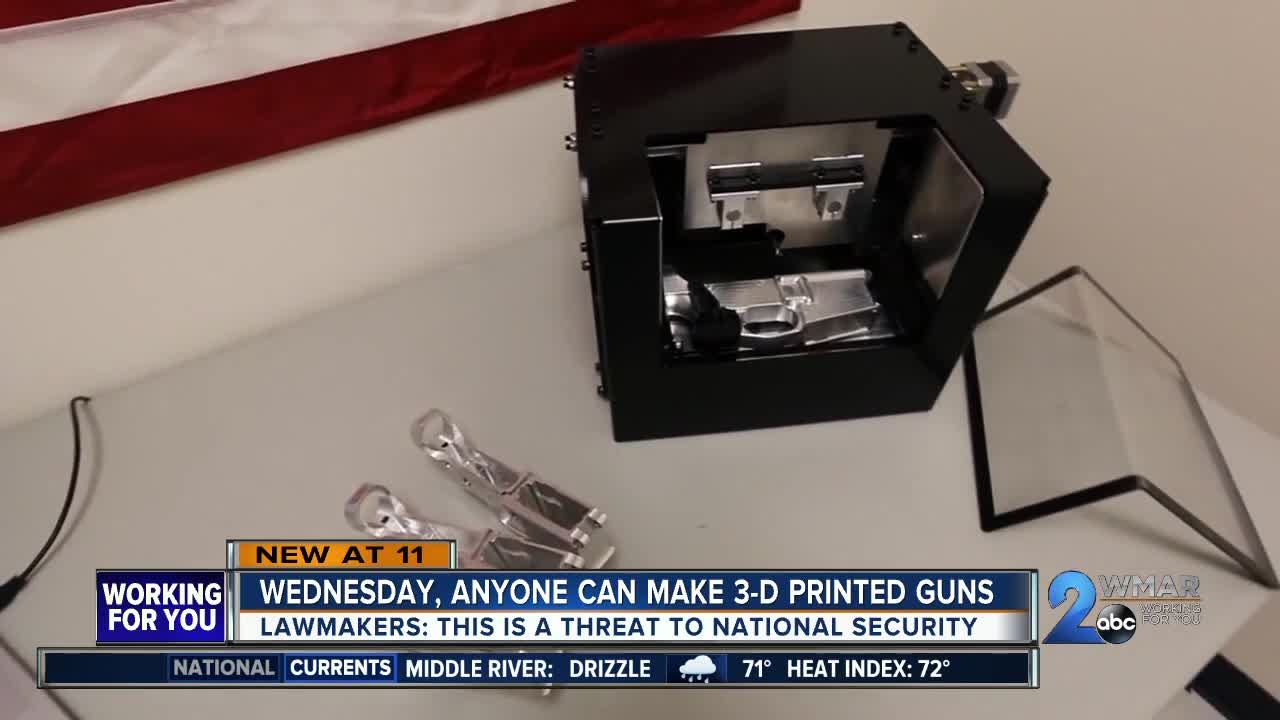 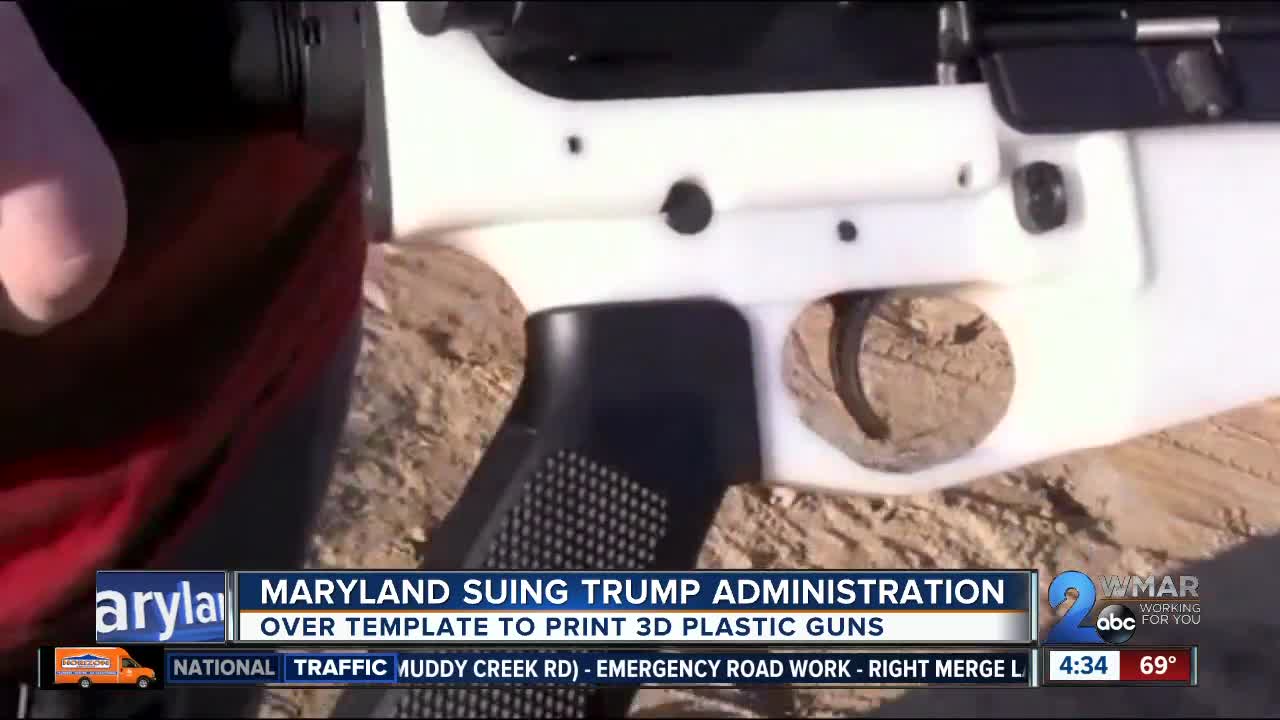 Maryland is one of several states filing a lawsuit to stop the distribution of files allowing anyone to make 3-D guns.

The State Department gave the green light to a Texas-based non-profit making the weapon downloads available to the public Wednesday.

"It's the people that shouldn't have one getting one with the 3-D printer is a problem," said gun shop owner, Frank Loane.

Loane owns Pasadena Pawn and Gun.  When asked about guns either real or 3-D printed, he said the danger lies with the person firing it.

"It's not the firearm, it's the person.  All these rifles have been on the wall for quite a while and they haven't hurt anyone.  It's the people."

And soon, all people will have the ability to make their own guns if they have the right tools.

"They're going to wind up with a gun with no serial number on it," said Loane.

And that's the worry.  An untraceable weapon that can be attained without a background check. Maryland Attorney General Brian Frosh is just one attorney's general fighting this distribution.  The fear from lawmakers?   These guns made almost entirely of plastic will be untraceable and impossible to regulate.

"We're here to sound the alarm were here to plead with the administration not to allow these types of websites to go forward with what they are planning to August 1," said New York Democrat, Senator Chuck Schumer.

Gun control advocates and lawmakers say this is a threat to national security as these guns have little metal and could go undetected. The suit asks for an order to block defense distributed from making the blueprints available online.

And what about the pinch on gun shops?  Loane says he's not worried.

"I don't think it's really going to both me because I still get the people that want to buy a legal gun."

He believes the blocking of the files would be a violation of the first amendment.