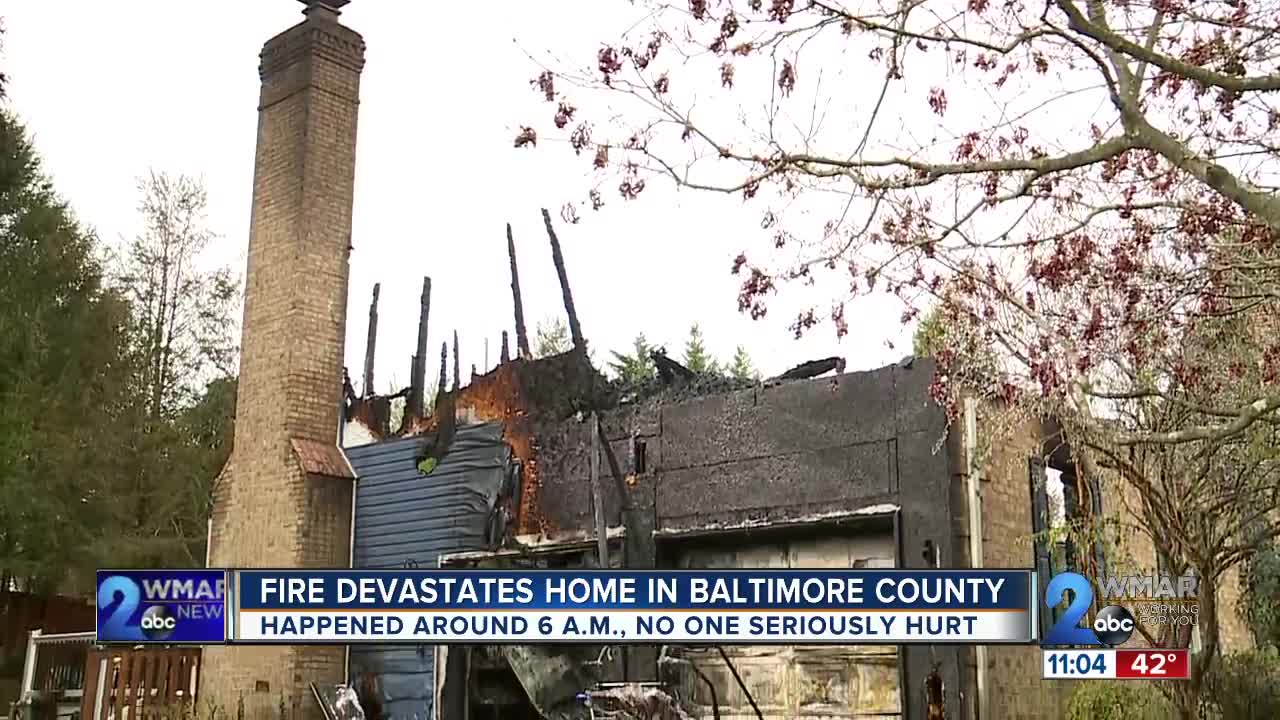 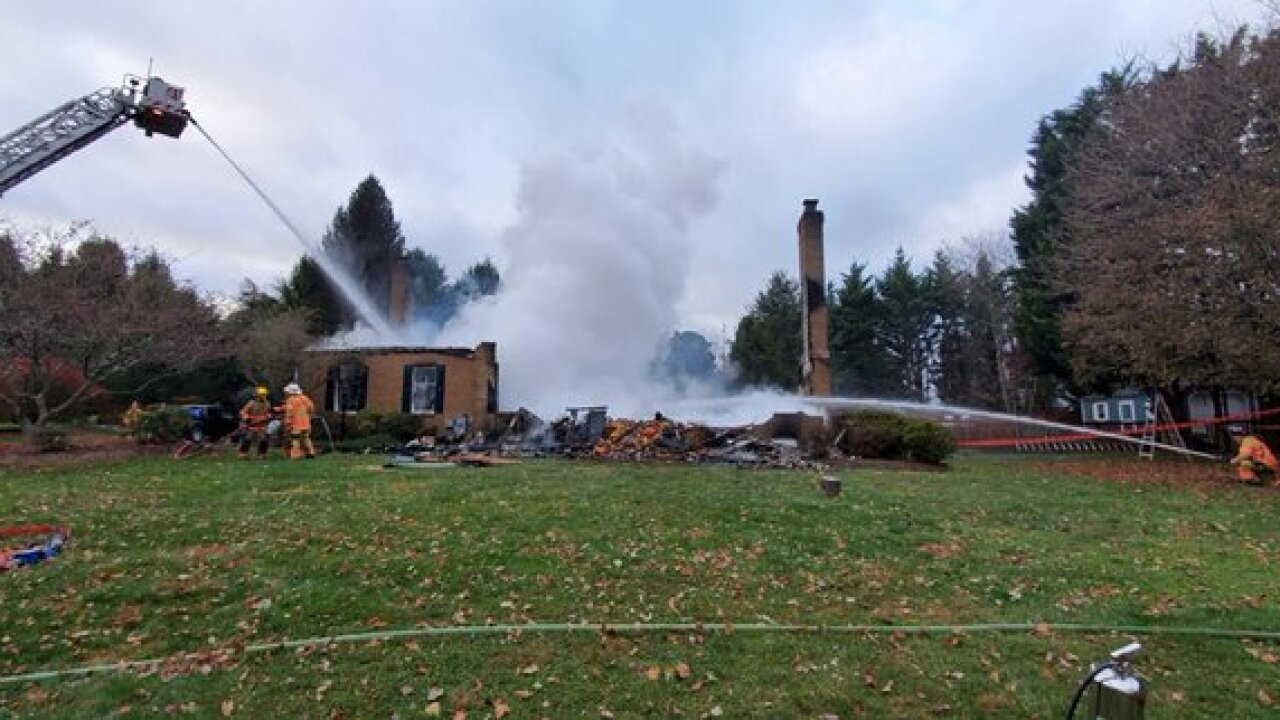 Crews were dispatched just after 6 a.m. to 3506 Hampshire Glen Court.

Baltimore County Fire officials say the neighborhood is extremely rural and has no fire hydrants, which forced them to call in a tanker strike team to shuttle in water.

Luckily the family was away and no one was inside the home at the time.

BCoFD And several volunteers units responded to earlier working fire in Phoenix Maryland house completely gone luckily no one was injured no one was home @WMAR2News pic.twitter.com/gZ87fiZ054

Windy conditions made matters more complicated for firefighters. Small flying embers from the scene traveled about a quarter mile to a nearby McDonald's, causing a small roof fire.

Crews were able to quickly extinguish those flames, without interrupting business operations.

One firefighter was transported to a local hospital, after suffering a minor injury while battling flames at the home.

It took crews about three hours to put out the fire.

According to the fire department, the home is a complete loss.