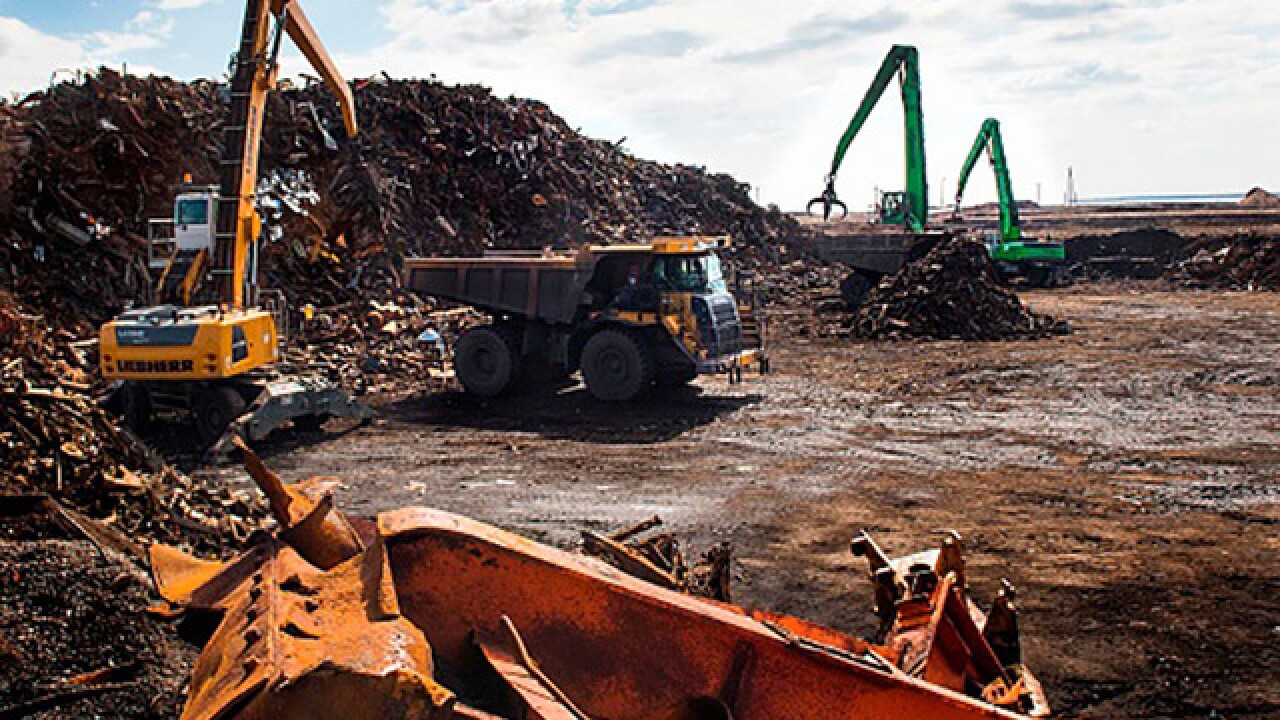 Copyright 2018 Scripps Media, Inc. All rights reserved. This material may not be published, broadcast, rewritten, or redistributed.
JIM WATSON
<p>A dump truck is filled with scrap as Bethlehem Steel is demolished in Baltimore, MD, on March 9, 2018. - Sparrows Point was the largest steel mill in the world, famous for providing steel used to build the Golden Gate and George Washington bridges, but has been sold to Tradepoint Atlantic for a revitalization project that is bringing new industries to the area including Amazon and FEDEX. (Photo by JIM WATSON / AFP) (Photo credit should read JIM WATSON/AFP/Getty Images)</p>

The plan is for developing a vacant 3,200 acre industrial site that was a former steel mill into a "global logistics hub," Mohler's announcement said. The agreement would require the county to reimburse Tradepoint Atlantic for $34 million in road construction and $44 million in water and sewer infrastructure, Mohler's release said. The road cost would be paid through funds given to the county by the state for new projects within designated Enterprise Zones. The water and sewer infrastructure would be paid through the Metropolitan District Fund, which is designed to fund public water and sewer projects.

The project could generate $294 million in county tax revenues through 2048, according to an analysis from RKG Associates. More than 17,000 jobs and $3 billion in economic impact may be supported through public roads, water and sewer infrastructure.

The agreement must be approved by the Baltimore County Council, who are scheduled to discuss the infrastructure plan at a Dec. 11 public work session.

“Tradepoint Atlantic has the potential to bring thousands of jobs to our county," said Council Chair Julian Jones. "The Council looks forward to thoroughly studying the agreement and hearing from all stakeholders.”