Sorority and community help those left behind cope 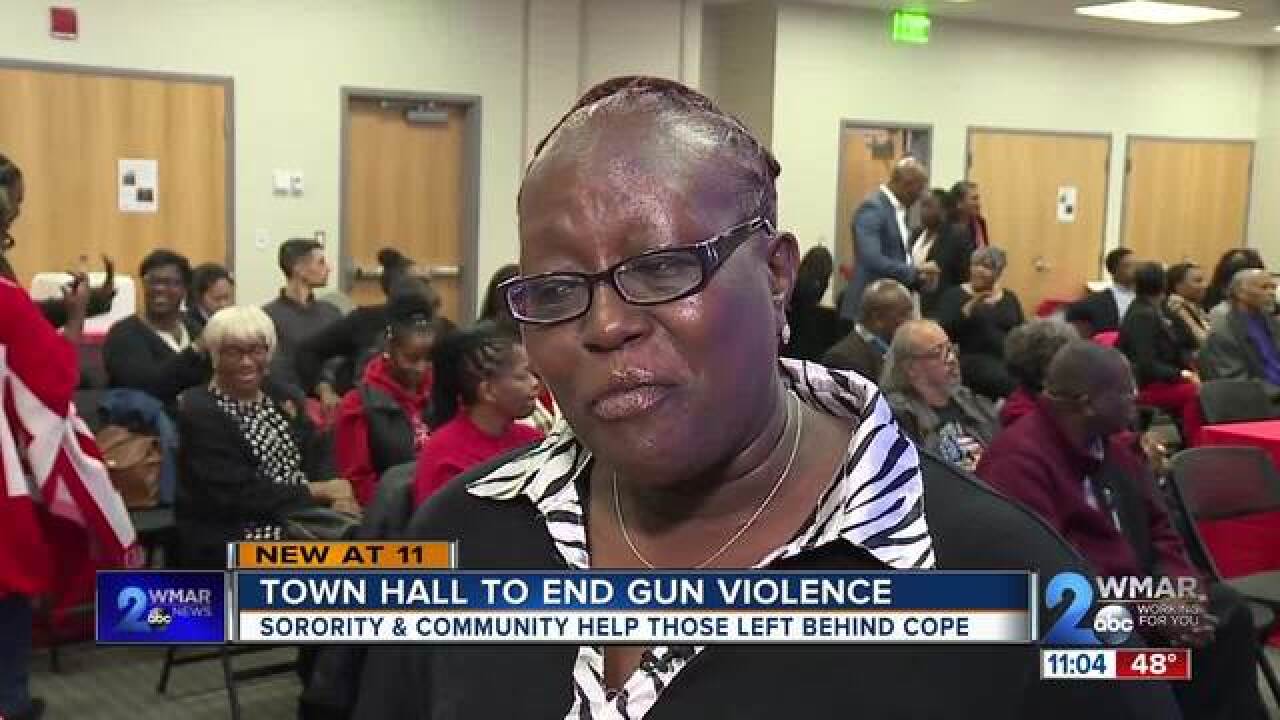 Here at home, the pain of violence is strong especially after another mass shooting, hits the nation.
Thursday, The Baltimore County Alumnae Chapter of Delta Sigma Theta Sorority held a town hall to raise awareness about gun violence and the people it leaves behind.

"I lost my only two sons to violence," said mother, Alice Oaks.

"My story of surviving is being a mother who lost my son due to gun violence at the tender age of 14 years old and by losing my brother due to community violence," Greta Willis, told WMAR 2 News.

Two mothers, bonded together through violence.

Two sons gone.  Six years apart.  Survivors banded together Thursday with Baltimore County leaders and the community to help others and raise awareness about those left behind to cope.

"What happens to the family that are left? There are fathers, there are mothers, sisters and brothers and loved ones that are left behind wondering what happened and how do we go forward?" said Willis.

The Delta Sigma Theta sorority wanted to help answer some of those questions; it organized this open discussion and for good reason.

"How do we move forward, how to we heal.  I don't that's been touched in the public eye because were just seeing the act itself, the violence  act itself but we have to focus to those who are left behind," said Keitha Robinson, president of The Baltimore County Alumnae Chapter of Delta Sigma Theta Sorority

Karen Remaley with Moms Demand Action said, "Unfortunately were at the point where were marking the days and weeks in which a mass shooting doesn't occur."

The latest one in Thousand Oaks, California where 12 people were killed in a bar.  Before that, 11 people dead in a Pittsburgh synagogue. many left wondering why and how to cope.

"I just can't imagine so much hatred in this world and how can someone just take a life so freely," said Oaks.

Questions that many never be answered.

Thursday's town hall also had mental health and other support services available for people who have lost family to gun violence or those wanting to help end the epidemic.