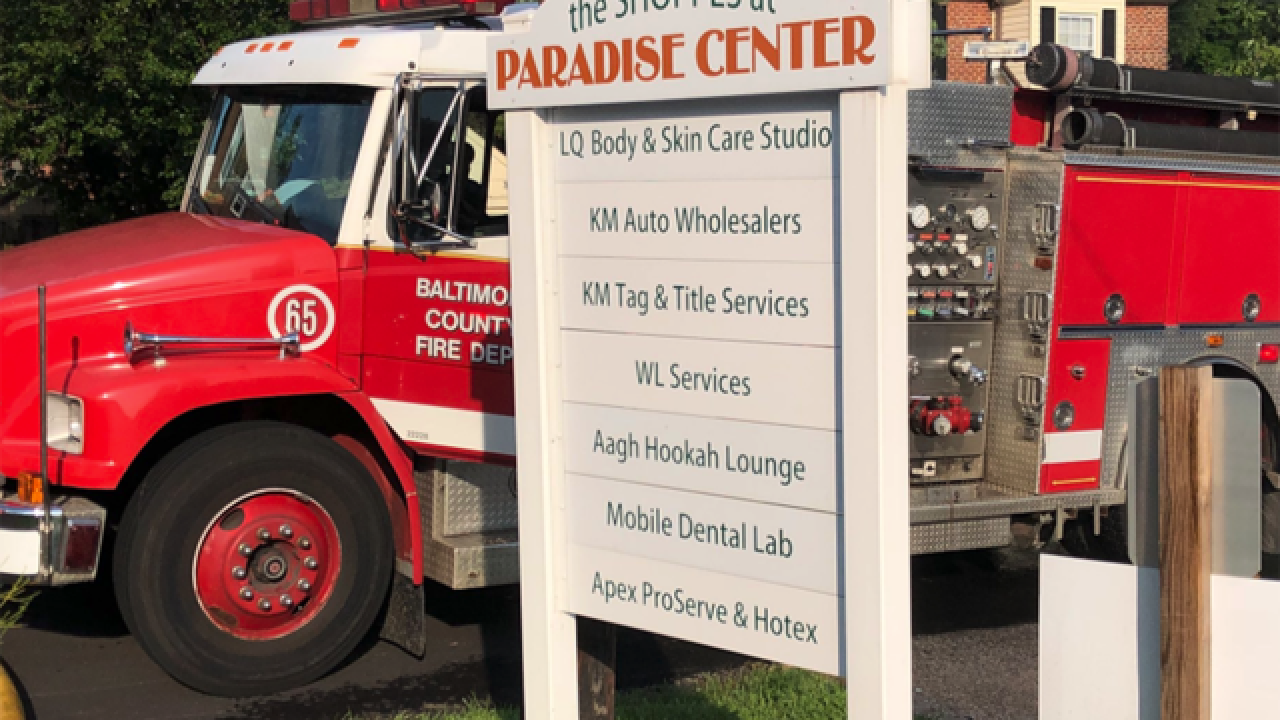 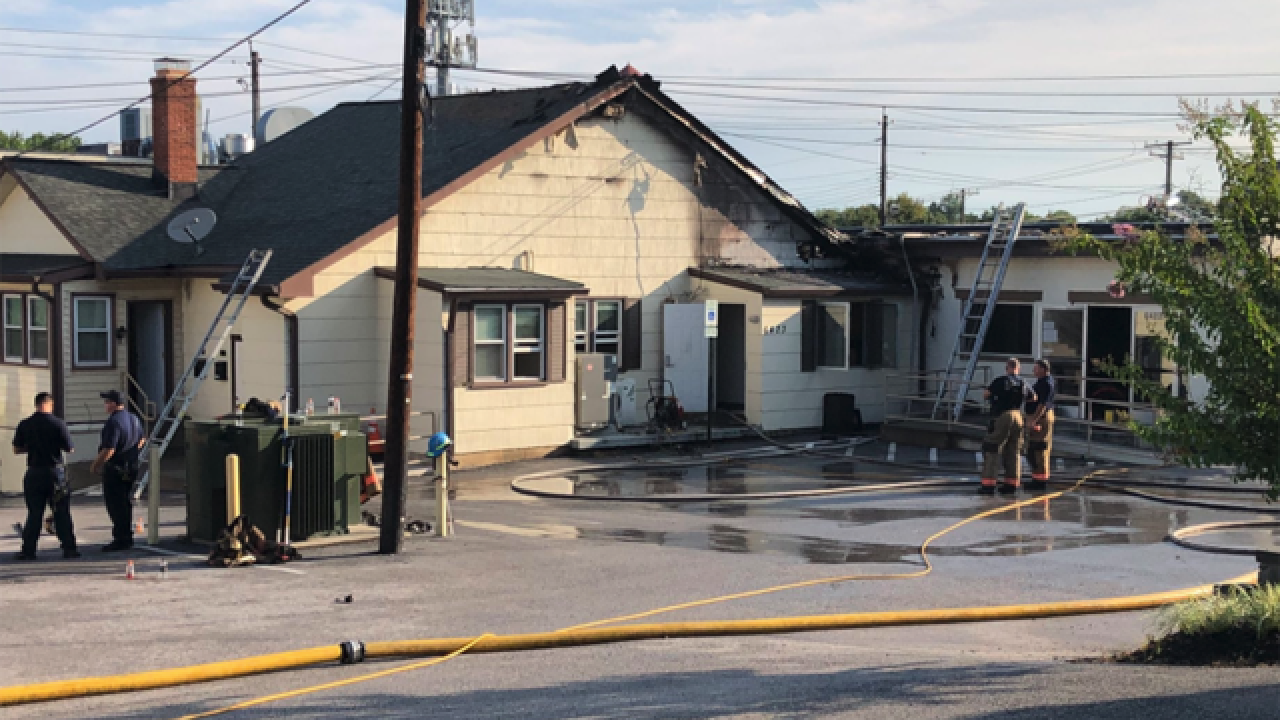 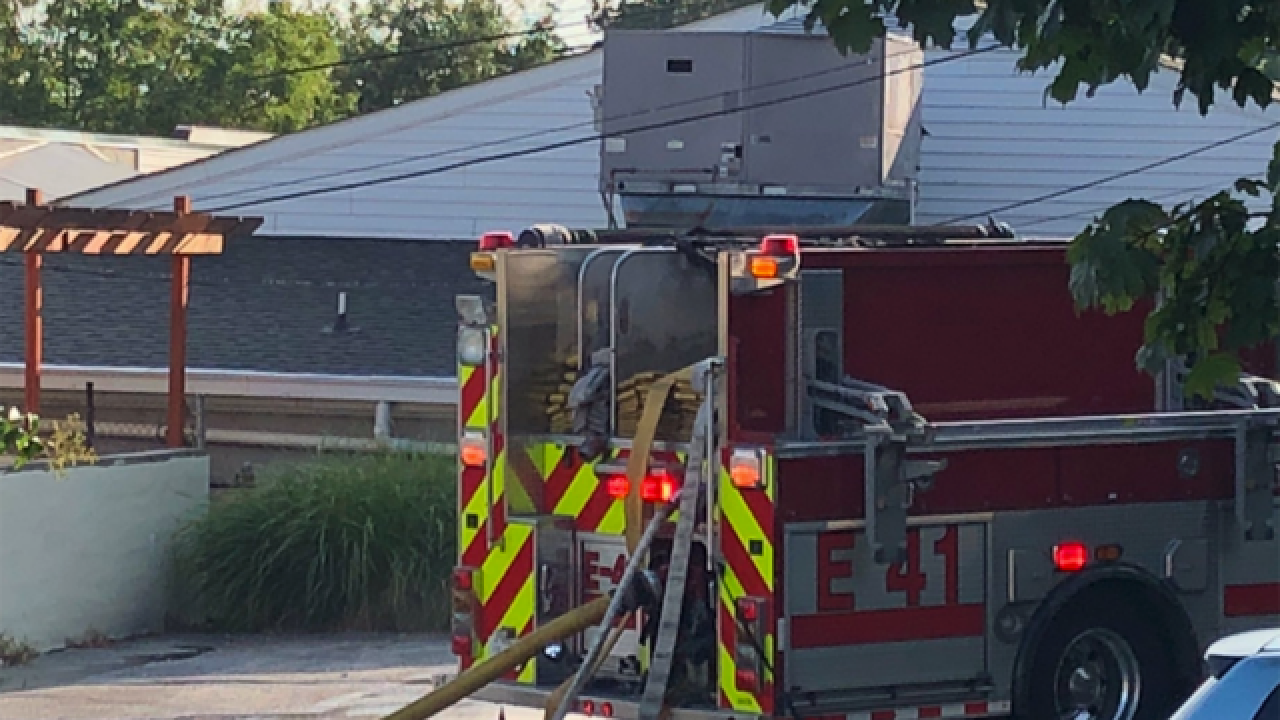 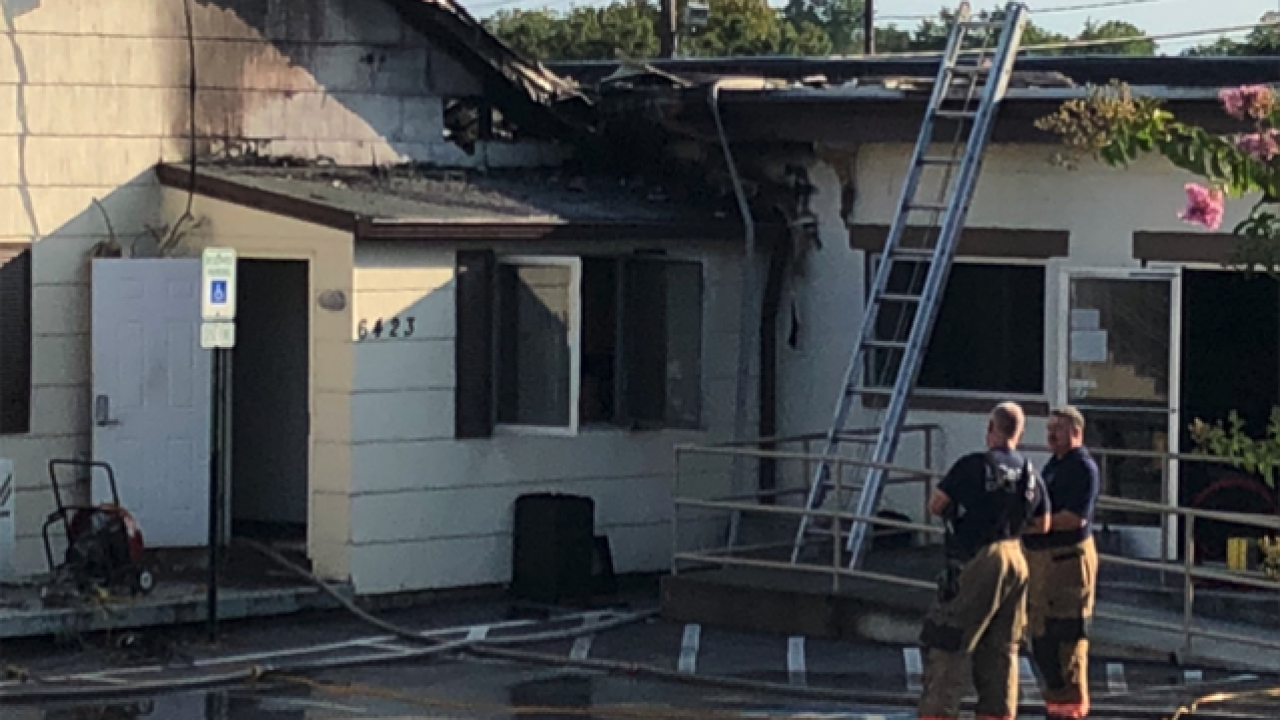 Fire crews were called to the Shoppes at Paradise Center on Frederick, Rd. at 7 a.m. for a reported commercial fire. The blaze caused the closure of Frederick Road between Prospect Avenue and Paradise Road.

No injuries have been reported.

On Sunday evening, a fire less than four miles away on Ashbourne Road in Arbutus claimed the life of an unidentified man who was the lone occupant inside the two-story house at the time.

Investigators believe that electrical fire started at a plug-in wall outlet box with six cords plugged into it.

The victim's body has been sent to the Chief Medical Examiner's Office for an autopsy and identification.