Reisterstown Mustangs will play in postseason tournament thanks to Ray Lewis 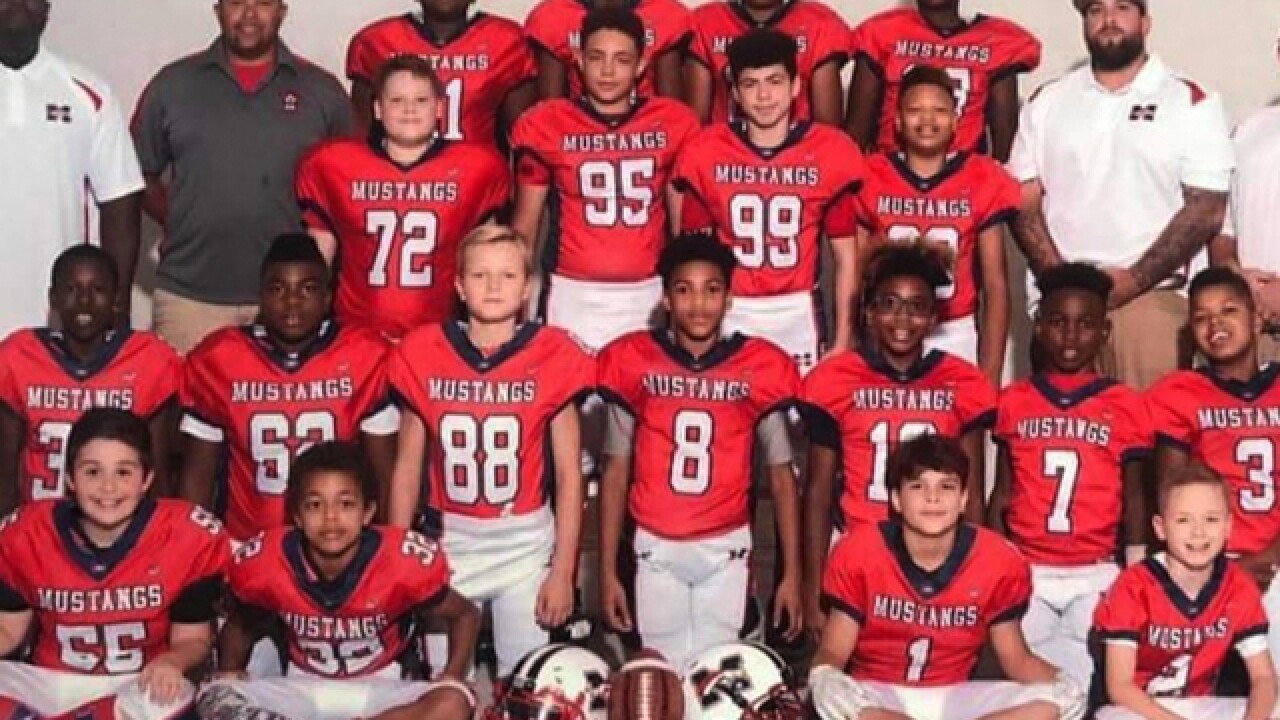 Copyright 2018 Scripps Media, Inc. All rights reserved. This material may not be published, broadcast, rewritten, or redistributed.
<p>Photo provided by Dan Holmes</p>

A youth football team banned from playing in the playoffs will now get their chance to play in a tournament outside of Maryland.

The Reisterstown Mustangs joined the Carroll County Youth Football League for the first time this year and was undefeated, but right before playoffs, they found out they were banned from the postseason. The CCYF says they were banned for behavior issues, but team leadership says it was because of racial bias.

After finding out they wouldn't be competing in the playoffs, a GoFundMe page was set up for the team so they could compete in a tournament outside of Maryland.

The page was set up with a goal of $6,000 to help get the teams in a postseason bracket, and they accomplished their goal thanks to a $1,000 donation from Ravens legend Ray Lewis.

When the team was kicked out of the postseason, WMAR-2 News spoke with one of the Coaches, Dan Holmes, who was livid they could not compete. Now, he says he is so thankful for all that helped him turn this sour situation into something good.

"I'd like to thank each and every person who supported, shared, and donated to help turn this negative situation into a positive one for these young boys. We have completed registration for the MOT Turkey Bowl in Delaware. Due to the amount of attention this story has gotten, we have been invited to the NFL Hall of Fame World championship youth football tournament. Please continue to donate so these young men can take advantage of this once in a lifetime opportunity," said Holmes.

The MOT Turkey Bowl goes from November 23-25 and will be in Middletown, Delaware.