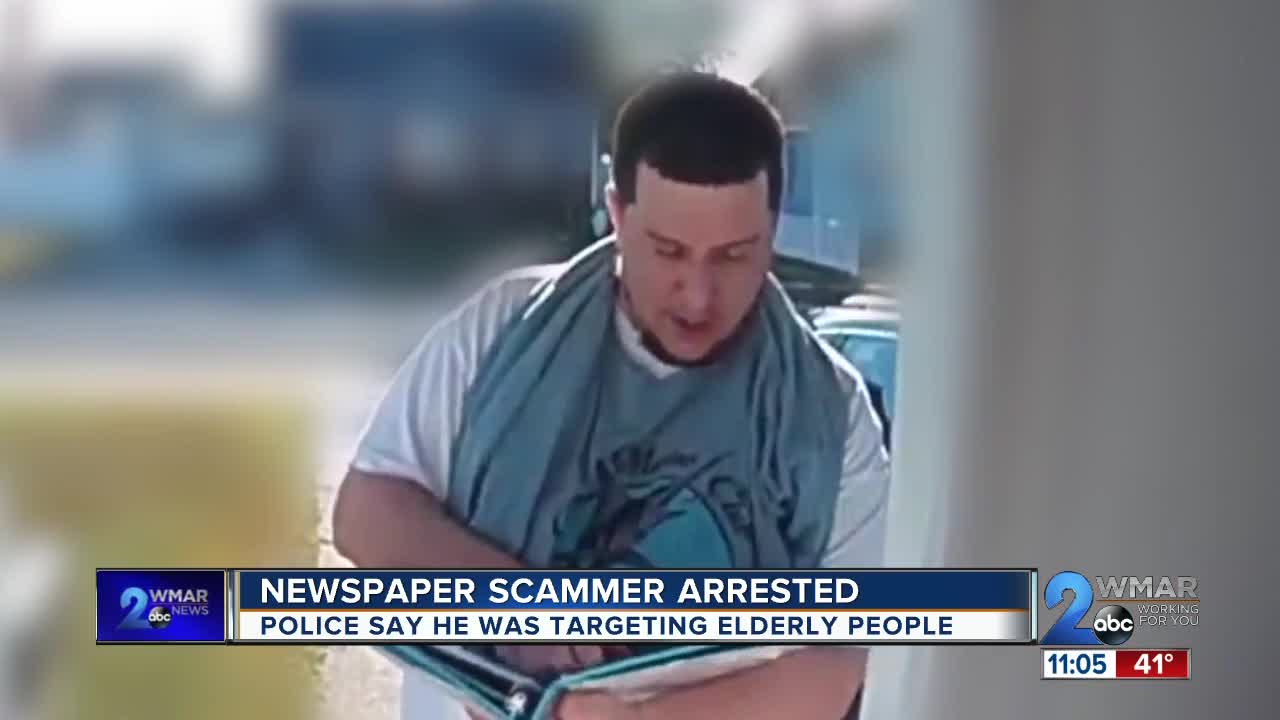 For a year a man was promising a great deal for a subscription to the local paper ---but the only paper exchange has been people losing their hard-earned cash.

DUNDALK, Md. — For a year a man was promising a great deal for a subscription to the local paper ---but the only paper exchange has been people losing their hard-earned cash.

Gary McArdle lives next door to Aldao and said he was woken up by the tactical unit breaking down his neighbors door this morning.

“People pounding on the door saying we know you’re in there we got a warrant,” McArdle said. “I guess it went on for about an hour. “

Ironically Aldao was met with the violent knocks because of the door knocking he's accused of doing.

Police say he spent the last year going door to door all over Baltimore County promising to sell discounted newspapers.

On Tuesday his biggest issue is the charges he's now facing.

A woman who didn’t want to be identified reached out to us saying she has been following Aldao and his scam for around a year.

“He puts a lanyard on he carries a binder with him with a list of names and he goes door to door and he scopes out seniors by watching whose out in the community,” she said. “He decides to go up and start communicating and showing off his badge.”

Aldao has been charged for theft of less than $100 over 30 other times this year.

On Tuesday his neighbor watched, not knowing that he was living next to someone who was targeting so many people.

“That’s ignorant to me, people around here work hard for their money,” said McArdle. “To have someone scam ya like that? No I don’t go for that at all.”

If you think you’ve been a victim of this scam call the Dundalk Precinct at 410-887-7320 and ask for Officer Lacovo.

You can also reach him via email at piacovo@baltimorecountymd.gov