Baltimore County Fire Crews say a 75-year-old woman died after being trapped inside of a house fire in Randallstown Wednesday morning.

An early morning fire just after eight o'clock on Winands Road came with a report of a person trapped inside, but help would not arrive in time to save the life of 75-year-old Lana Miller.

Word of Miller's death quickly spread through the Woodlands of Deer Park community where neighbors, like Janice Land, report hearing a disturbing sound in the moments before the fire.

"I heard this explosion.  I was bringing the groceries in, and I was like, 'Oh my God!  What's that?” said Land, “and I dropped the groceries and I turned back around and the place was engulfed in flames and the smoke was coming down towards the house so I told my husband, 'I think the neighbor's house just blew up!'"

A Baltimore Gas and Electric crew arrived on the scene as firefighters began searching for clues to what may have sparked the fire.

"We're aware that there were reports of explosions,” said Armacost, “We can't confirm that there was an explosion."

But others remain convinced of what they saw and heard.

"This is something like you see on television,” said Land, “Boom!  It shook the house.  So in my opinion, it was a gas explosion."

And now people are balancing grief for the victim...

"We used to see her in a wheelchair and it's just so heartbreaking," said Brenda Wright-Harris.

...with concern that their own homes may no longer be safe.

"It's upsetting., especially for senior citizens like us living alone,” added Willie Owens, “You know you have that to be concerned about."

Click the picture below to see more pictures from the scene: 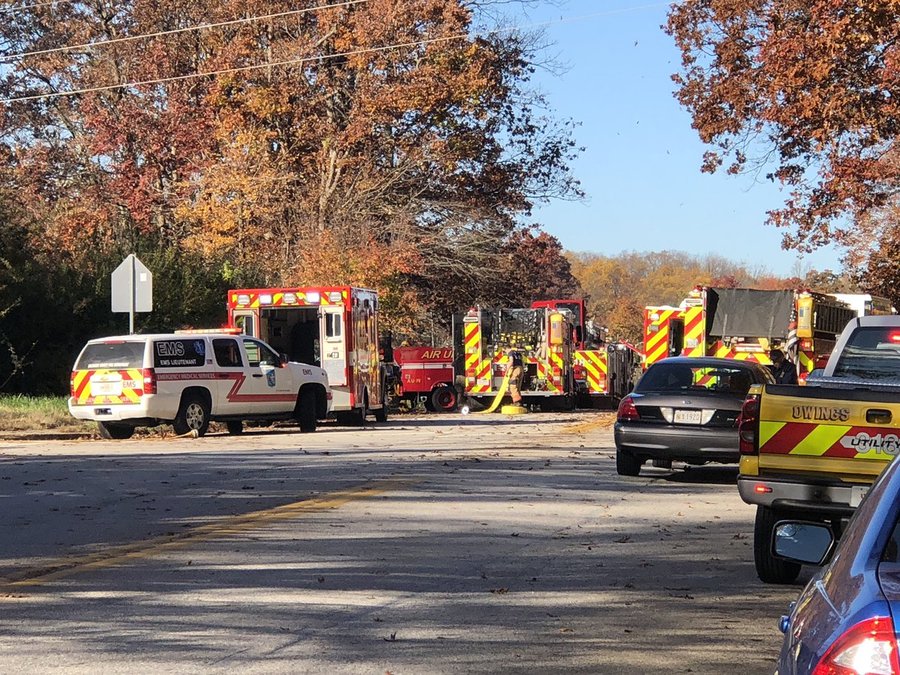