One dead, others rescued after explosion demolishes homes in NW Baltimore
NewsRegionBaltimore County 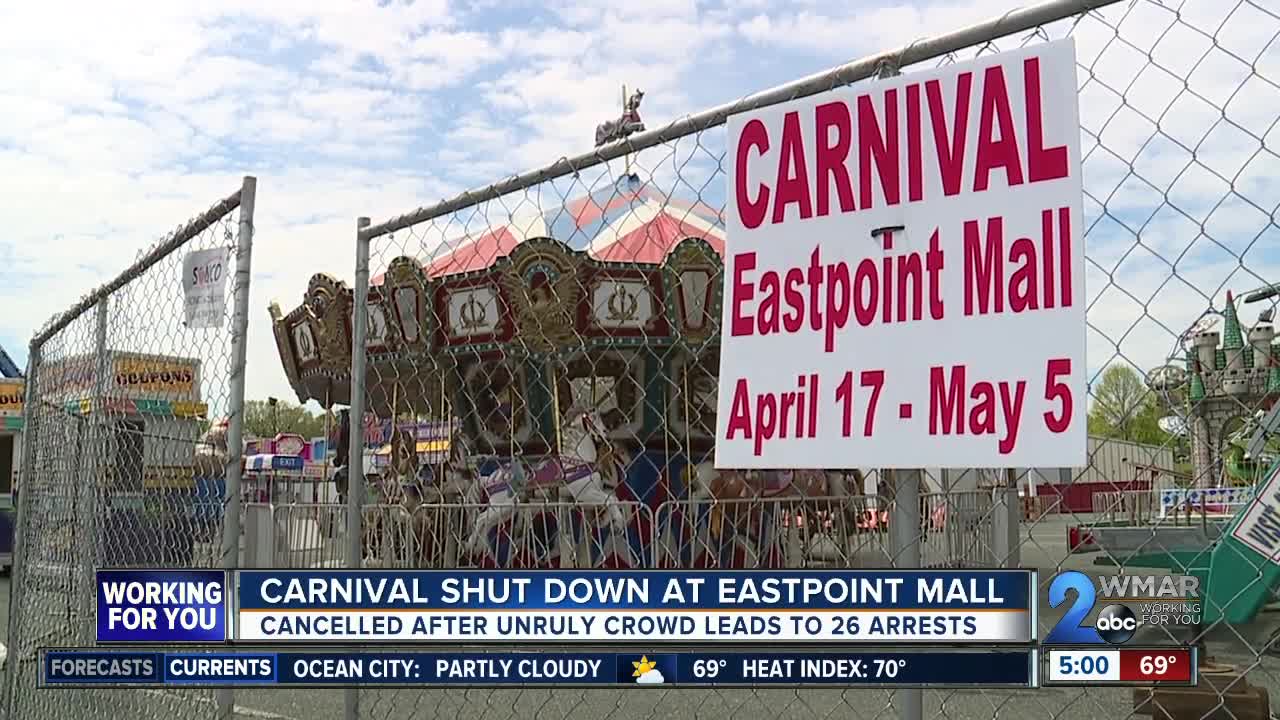 Baltimore County Police responded to a large disturbance at a carnival outside of Eastpoint Mall in Dundalk Sunday night. 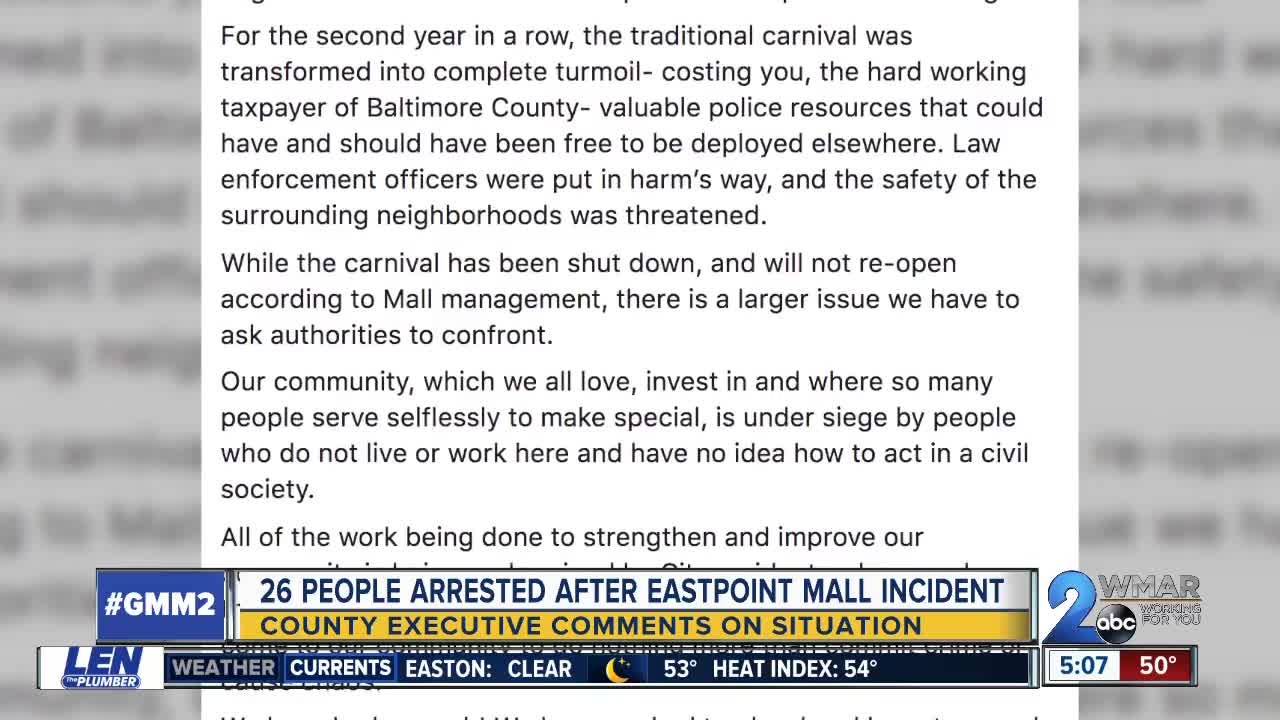 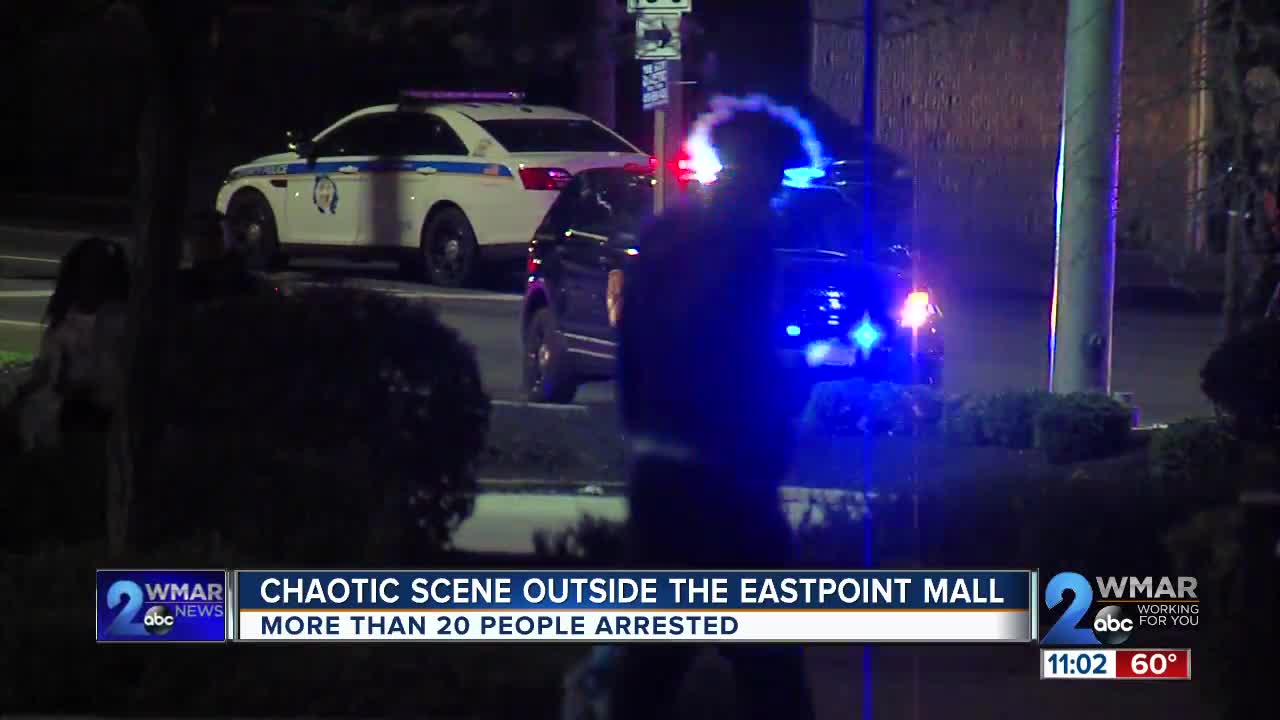 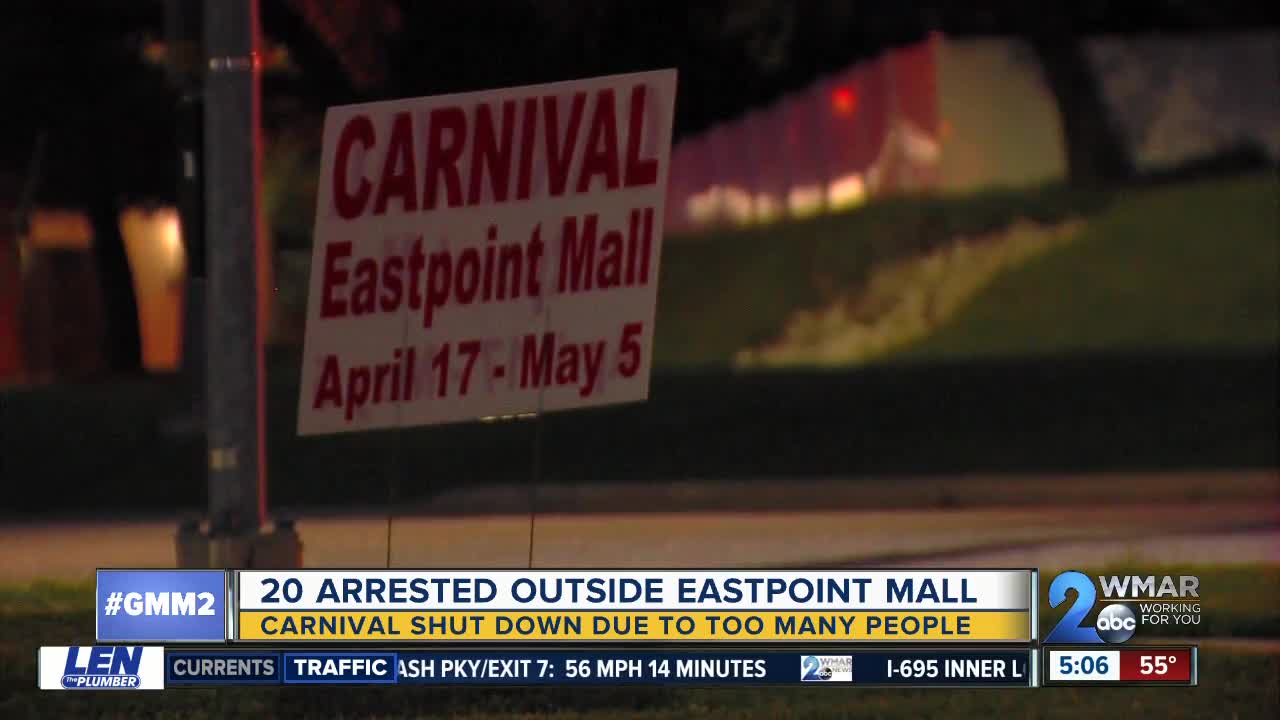 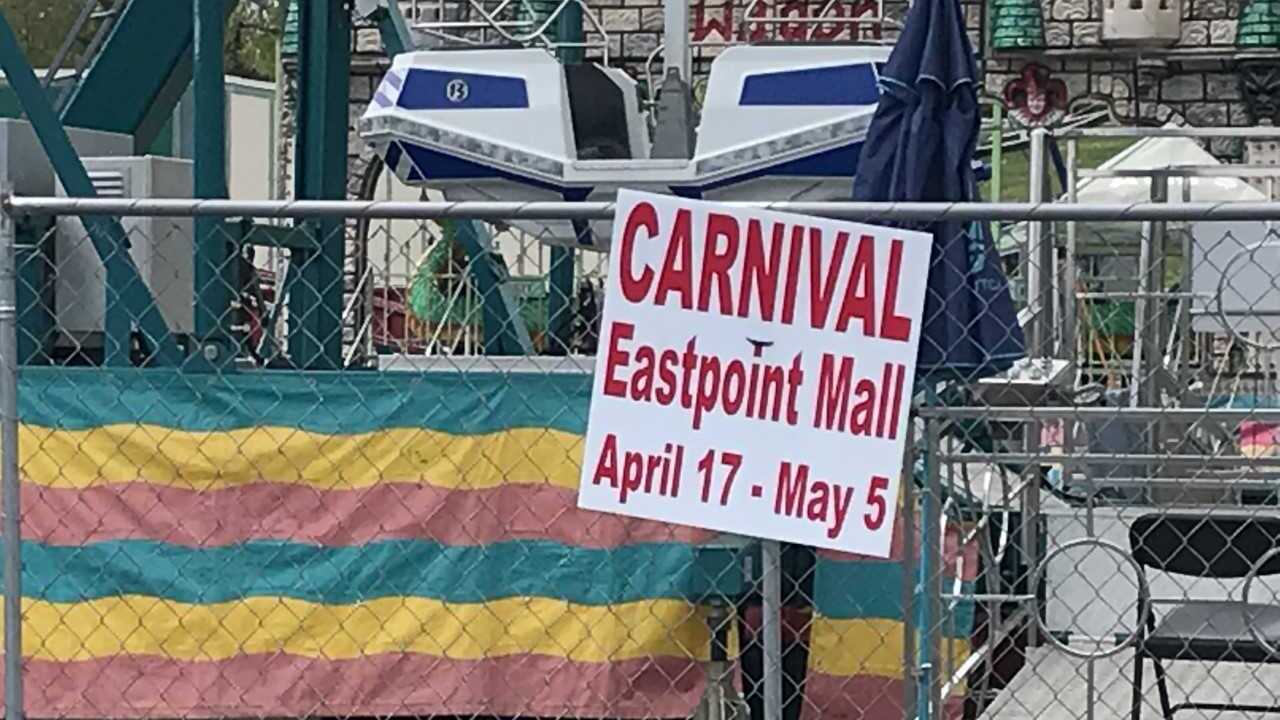 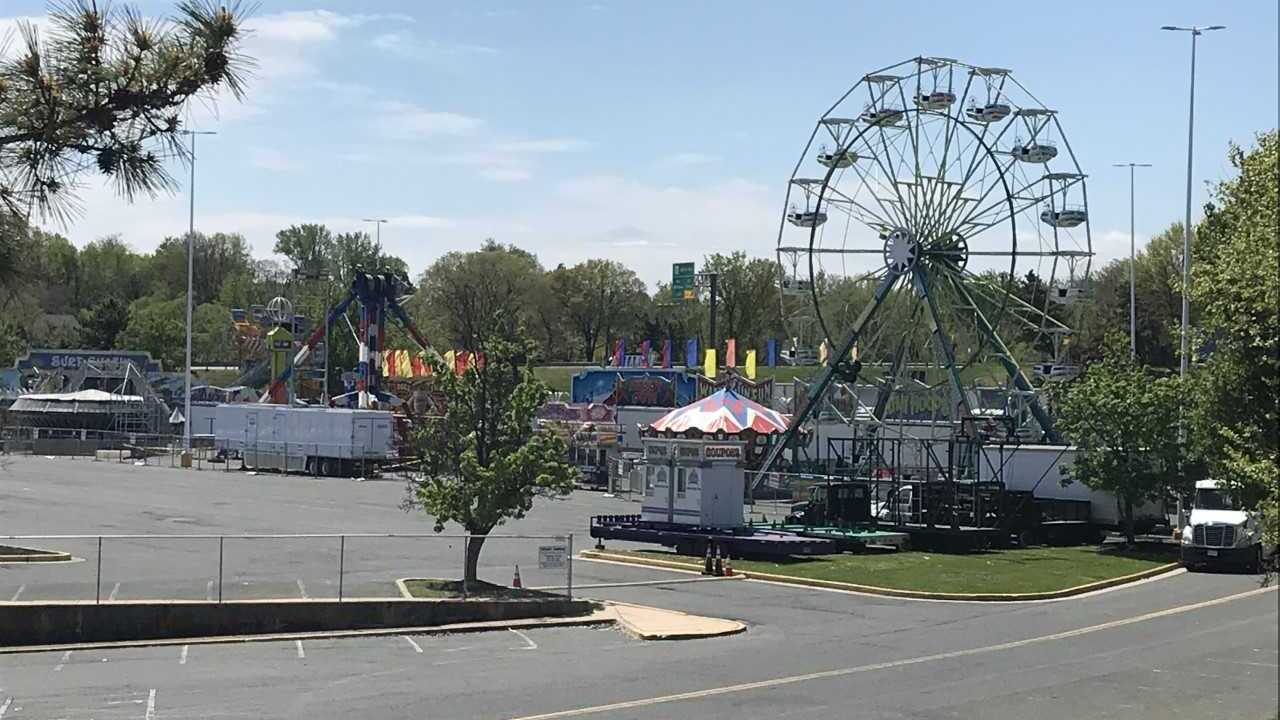 DUNDALK, Md. — With a police helicopter overhead and 50 uniformed officers on the ground, emptying out the carnival in the parking lot of Eastpoint Mall produced some tense moments and 26 arrests on Sunday.

"The majority of our arrests were just disorderly individuals,” said Cpl. Shawn Vinson of the Baltimore County Police Department, “We did use pepper spray. Several of the people who were told to leave the area weren't leaving the area."

A carnival worker said a fight inside, coupled with hundreds of people waiting to squeeze into the venue, prompted police to shut it down and clear the people out.

"Most of our young people are doing the right thing, but anyone who is attending an event or a festival to cause a fight or a disturbance will be held accountable, and I think we saw that last night," said Olszewski.

In light of a series of fights and subsequent arrests last month at a March Madness event outside the mall, this second event makes two too many for the county's top administrator.

"Today, we've already reached out to the mall's leadership,” said Olszewski, “My understanding is the mall has decided to close the carnival for the duration, which I support that decision. That's where the immediate decision has been made in terms of making our community safe and avoiding a repeat of the incident."

While the mall's general manager, John Hess, refused to go on camera, he told WMAR-2 News Eastpoint Mall already has a curfew in place, and these incidents outside the mall make it a different problem than that experienced by Towson Town Center and the White Marsh mall.

He adds the carnival had hired nine security officers, including five off-duty police officers, to secure the grounds.

But it appears the sheer number of youths who showed up, many which were not accompanied by a parent, overwhelmed that force, requiring dozens of additional officers to step in.

Police say all of the individuals arrested have been charged as juveniles with disorderly conduct.