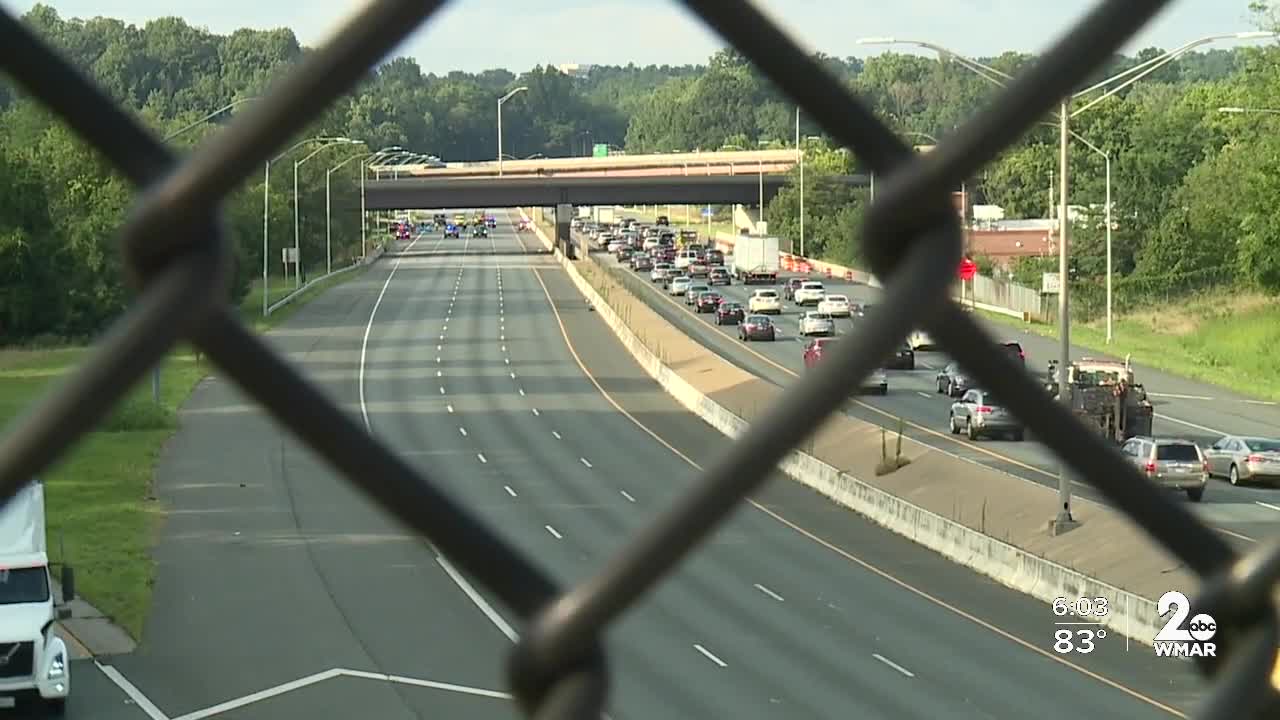 Deadly day on the Baltimore Beltway

BALTIMORE COUNTY — Maryland State Police are investigating a deadly three-vehicle crash that occurred on the outer loop of I-695 at I-795 in Baltimore County.

According to police, shortly before 4 p.m., troopers from the Maryland State Police Golden Ring Barrack responded to the outer loop of Interstate 695 at I-795 in Pikesville, for a report of a vehicle driving erratically.

According to a preliminary investigation, a 2016 Infiniti Q70 drove onto the right shoulder of the road and struck 49-year-old Rodney Shears of Jefferson County, West Virginia. Shears was standing behind a Chevrolet Cobalt on the shoulder of I-695 at the time of the crash.

The Infiniti then traveled across I-695 and struck a 2017 Lexus RX330 before coming to a stop.

No charges have been filed at this time. The Maryland State Police Crash Team is continuing to investigate this crash.