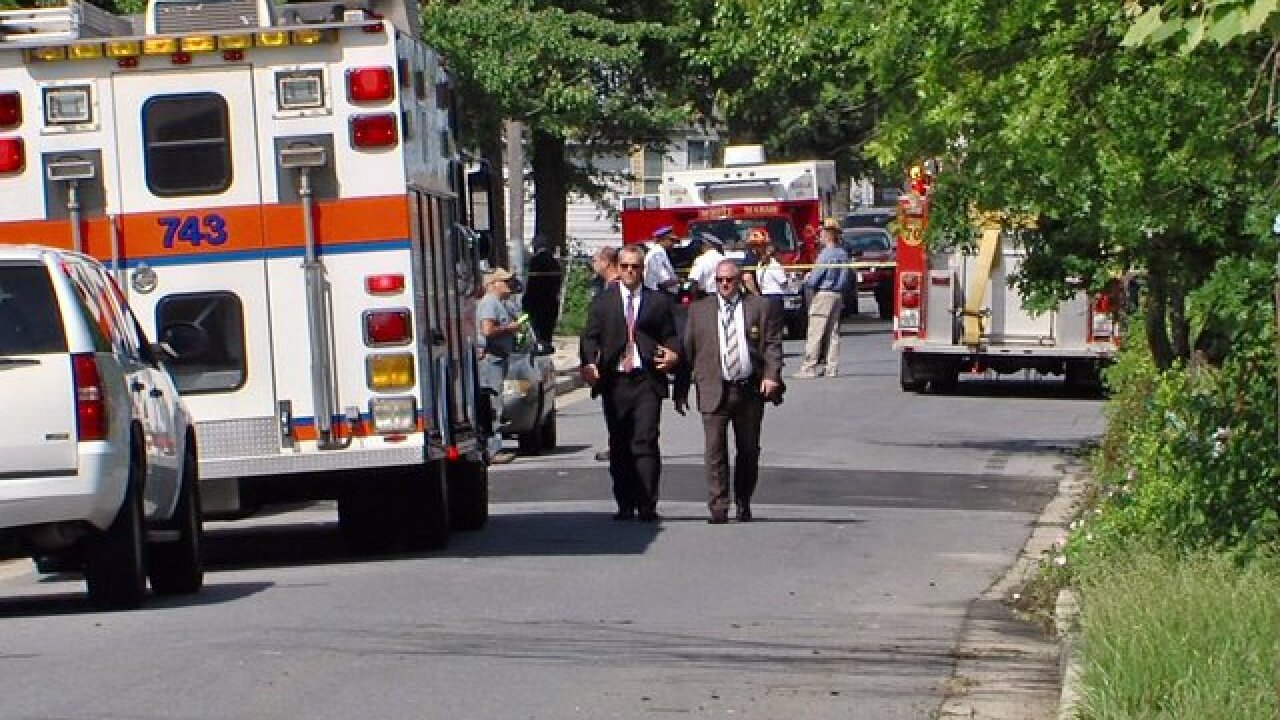 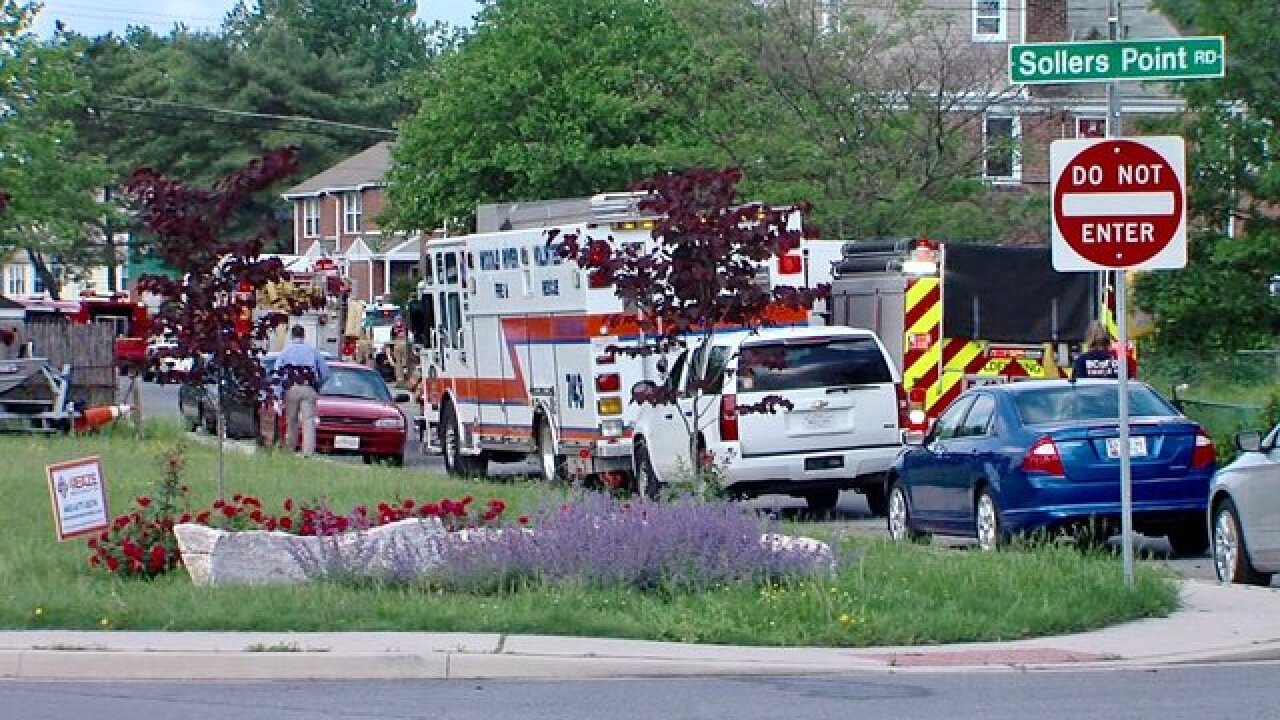 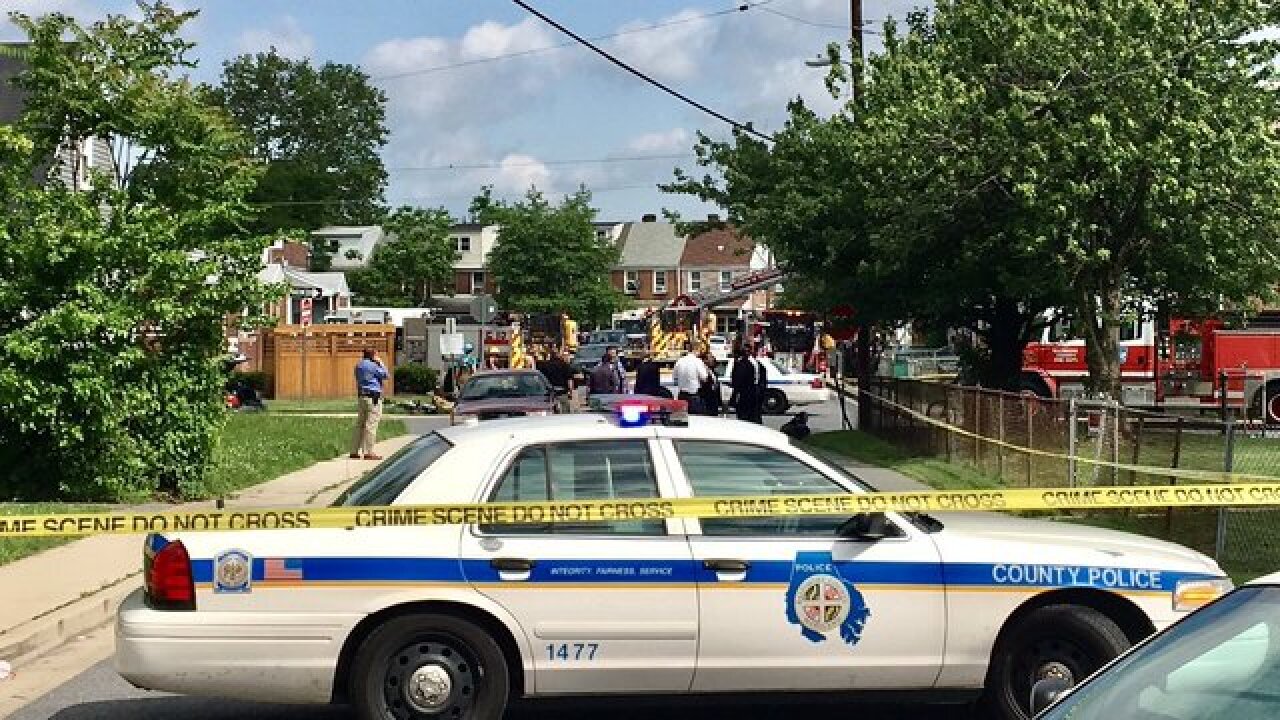 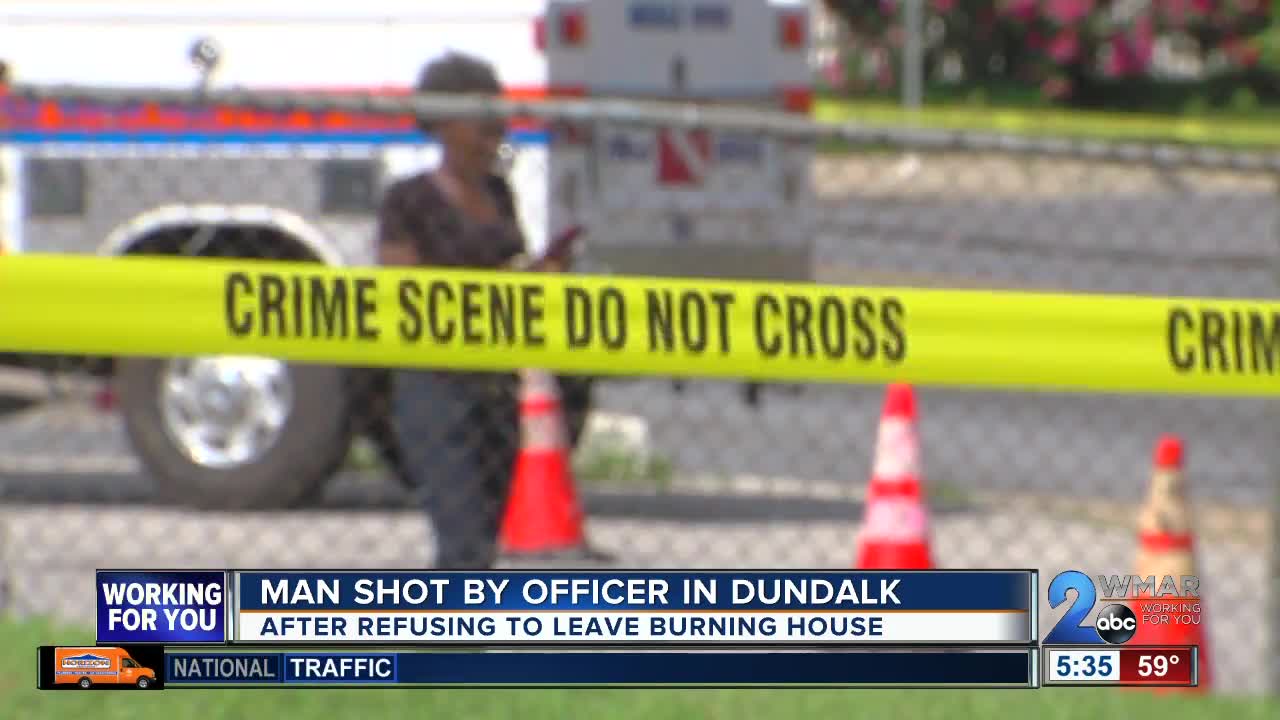 A man was shot by a Baltimore County Police officer after refusing to leave a house fire in Dundalk Wednesday morning.

Crews responded to a house fire in the 300 block of Pine Street in Dundalk around 8:30 a.m. Officials say that a man and woman were inside the house, and the man refused to leave.

The officers and the man had a fight, and then the man was shot in the mid-body. He was taken to the hospital with non-life threatening injuries.

One of the officers was also treated for smoke inhalation.