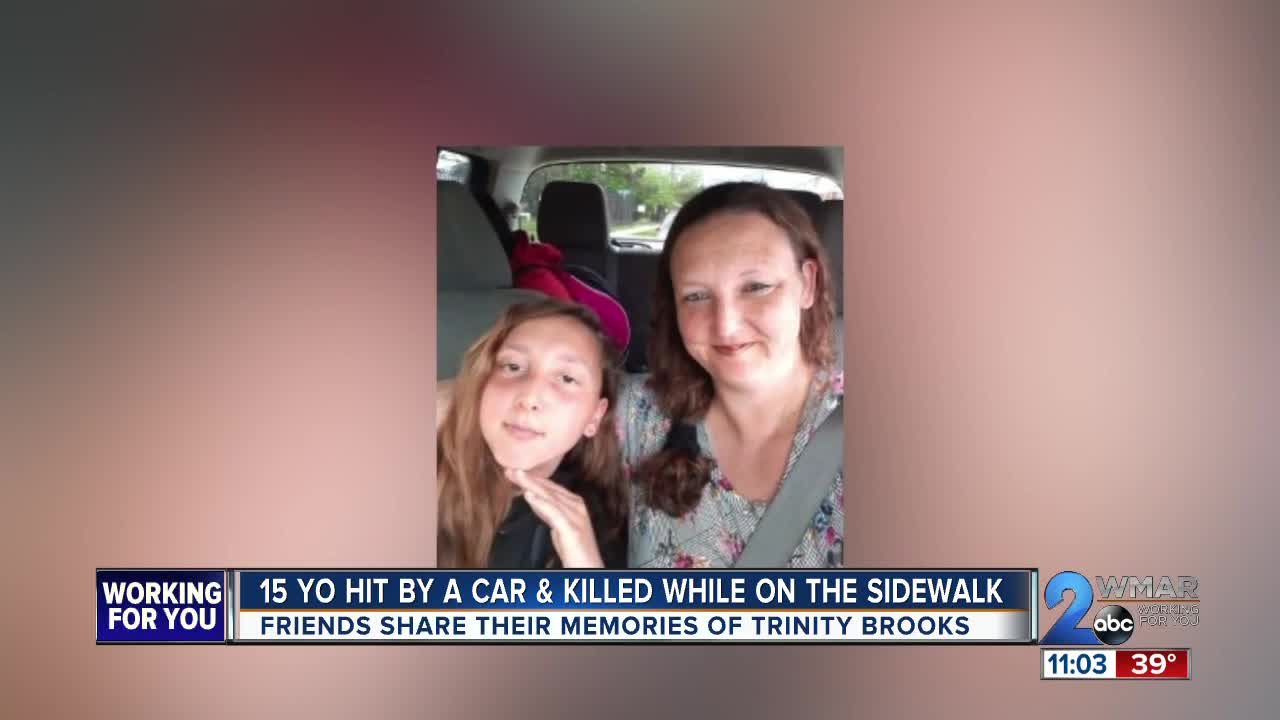 A broken fence and a make shift memorial. That's what you see when you drive on Delvale Avenue in Dundalk near Martell Avenue.

DUNDALK, Md. — A broken fence and a make shift memorial. That's what you see when you drive on Delvale Avenue in Dundalk near Martell Avenue.

That's where 15-year-old Trinity Brooks was hit and killed by a car, while she was just walking on the sidewalk. It happened around 5:30 Tuesday night.

Trinity's family was too devastated to talk about what happened.

"People need to watch out. They need to stop drinking and driving and killing innocent people," said Yori. Yori and other neighbors on scene said the driver was clearly drunk.

Baltimore County police have not confirmed if alcohol was involved but did take the driver into custody. As family and friends wait for justice and mourn this tragic loss, they shared who Trinity was.

"She was an outgoing, smart, beautiful, loving, caring. She was just amazing," said Yori. "She was just down to earth. She put everybody first before herself. If somebody needed something she would try her best to get it for them. If somebody was upset she'd go comfort them."

Another friend who went to school with Trinity said, "She had a heart of gold. She was nice. She was a good person and she will be remembered."

"She just cared about people," said one of the neighborhood friends who said he would play pool with Trinity. "She always had a smile on. She was just a very, very happy person. Even just thinking about it makes me smile."

A smile he said quickly faded once he realized Trinity is gone.

"It still hasn't hit us. We all still think this is a dream but we all know it's not. We all know we're not waking up from this terrible nightmare. That she's sadly gone. May she rest in peace," he said.

The family is hosting a candlelight vigil on Friday at 6 p.m. where Trinity was killed. They said all are welcome. If you'd like to help this family, you can donate to their Go Fund Me page by clicking here.