All cases centered around Pikesville-area 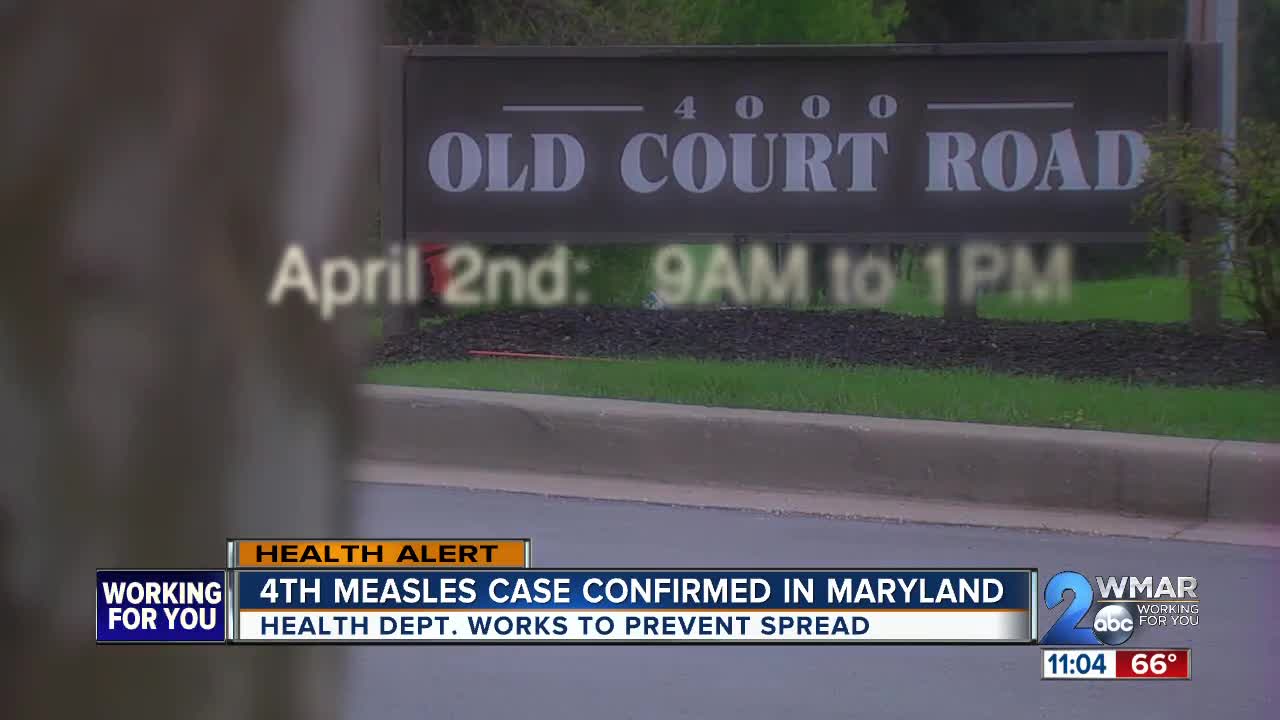 A fourth case of measles has been reported in Maryland, the state's Department of Health confirmed Friday. 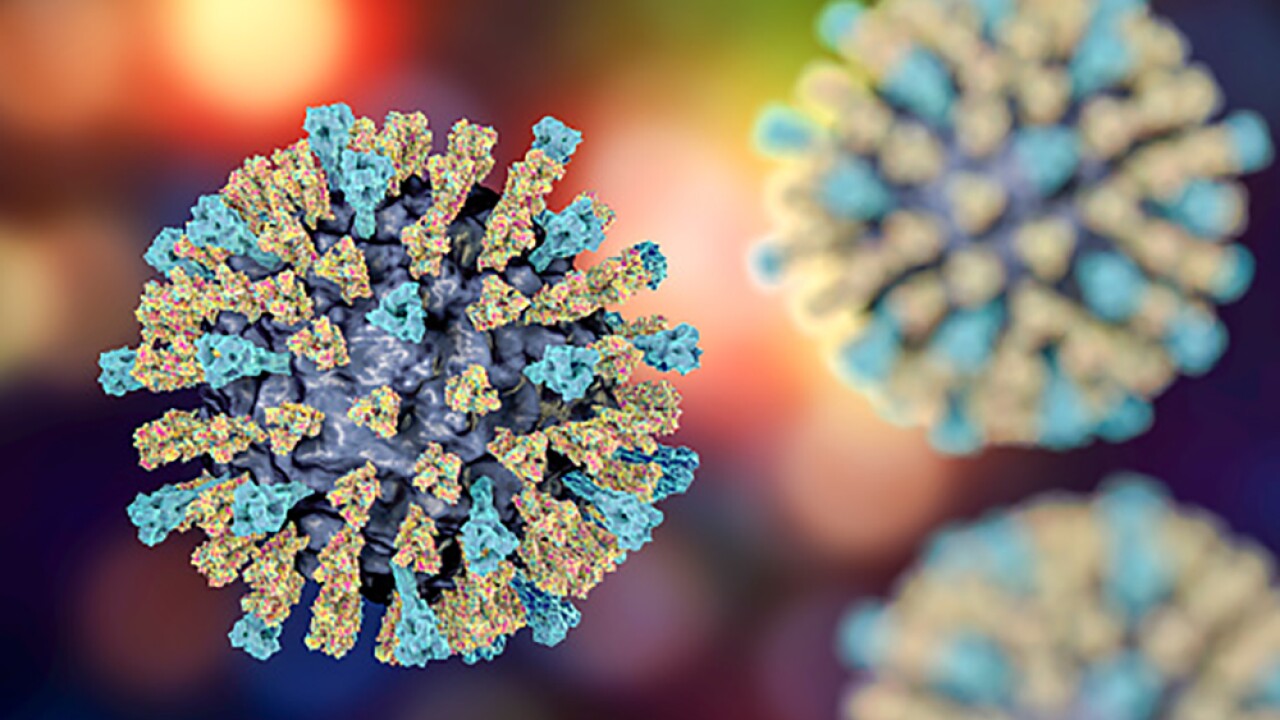 BALTIMORE — A fourth case of measles has been reported in Maryland, the state's Department of Health confirmed Friday.

This is the third time health officials have warned about potential exposure tied to that address. Previously, anyone who had been to that location on April 2, between 9 a.m. and 1 p.m., or on April 14, from 10:30 a.m. until 1:30 p.m. may have been exposed to the virus. Officials also warned of potential exposure for anyone who visited Market Maven from 11:45 a.m. to 2:30 p.m. or Seven Mile Market from 12:45 p.m. to 3:15 p.m. Sunday, April 14. Both locations are in Pikesville.

Officials have contacted people who have been exposed at additional locations.

The health department diagnosed the state’s first measles case on April 2. A second case was discovered April 16. A third case was announced the following day.

“While the outbreak is currently localized to a small area of the state, the best way to prevent measles in Maryland, or anywhere people might travel, is through vaccination,” said Deputy Secretary for Public Health Frances B. Phillips, RN, MHA. “We continue to encourage all Marylanders to get vaccinated or check with their health care providers to ensure they and their families are up-to-date on vaccinations.”

Measles is a contagious vaccine-preventable viral infection which is easily spread to unvaccinated persons through coughing, sneezing and secretions from the mouth. The measles virus may remain in the air for up to two hours.

Early symptoms of measles are a fever of more than 101 degrees Fahrenheit, runny nose, cough and red, watery eyes. If you believe you have the virus, contact your doctor before visiting their office so they can make special arrangements to evaluate you, if needed, without putting other patients and medical office staff at risk.

READ MORE: Measles accelerates to second-highest level in US in 25 years and over 100,000 global cases

For more information on the measles outbreak, click here.