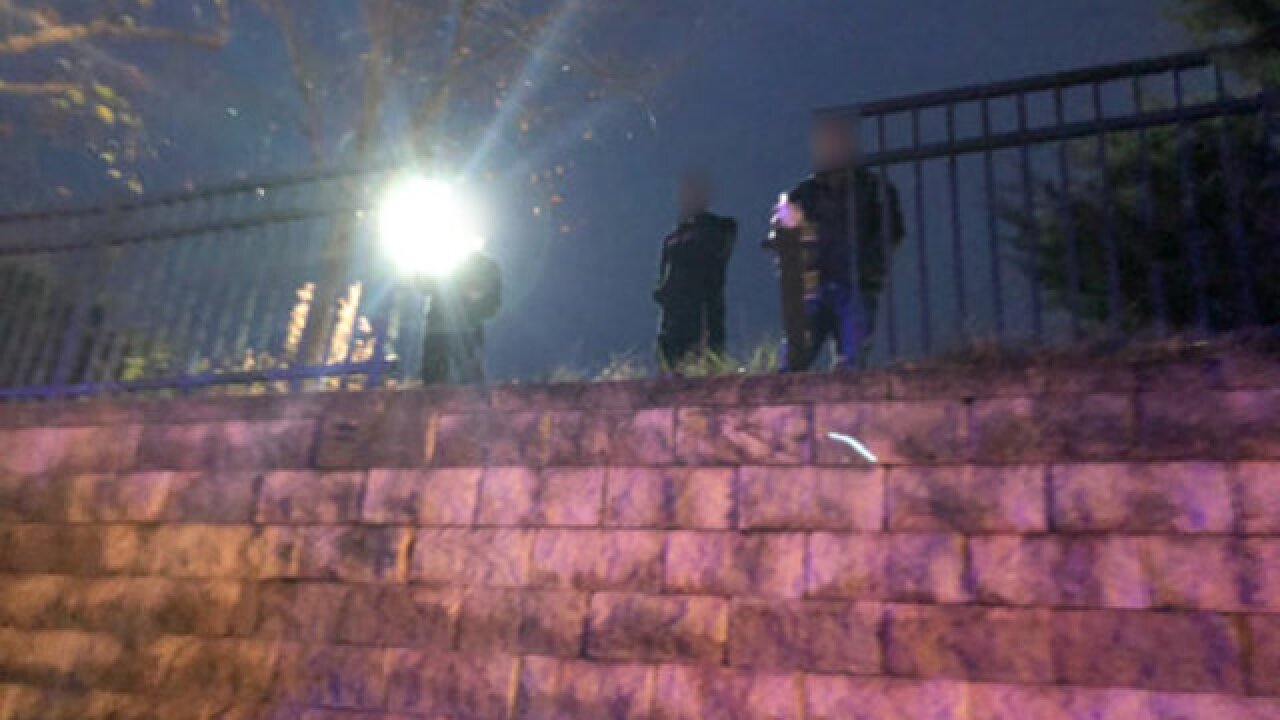 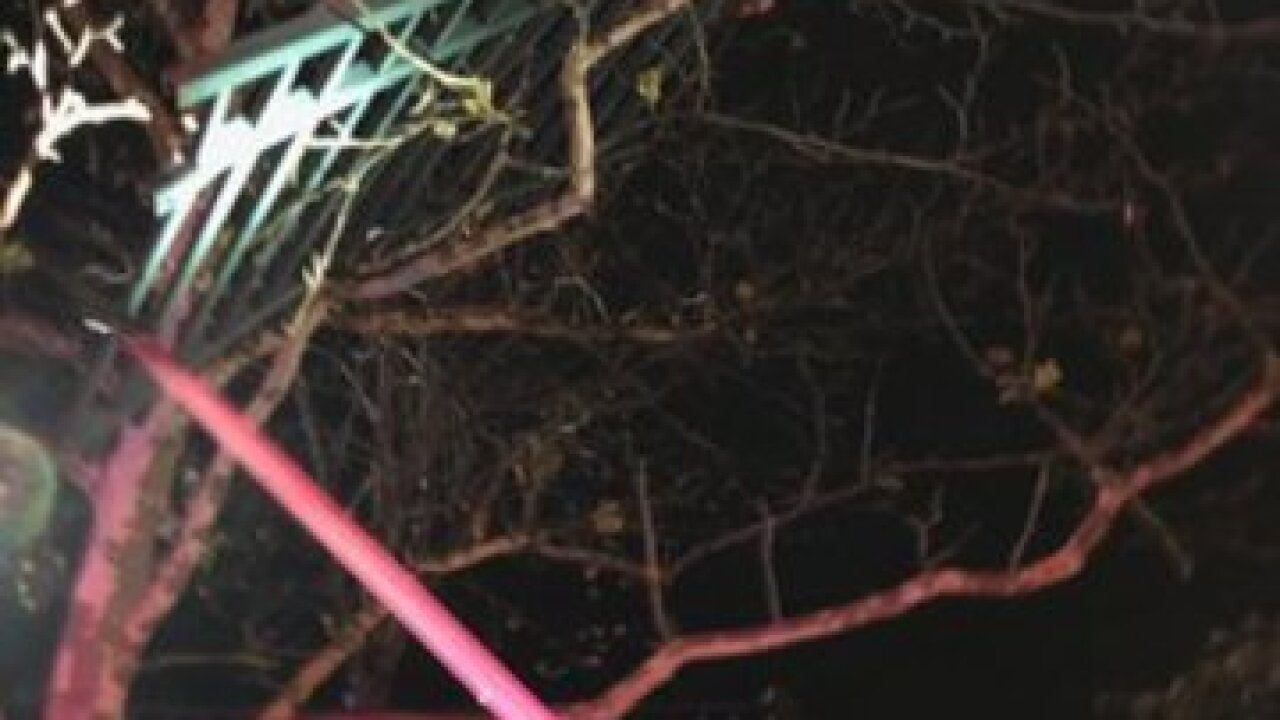 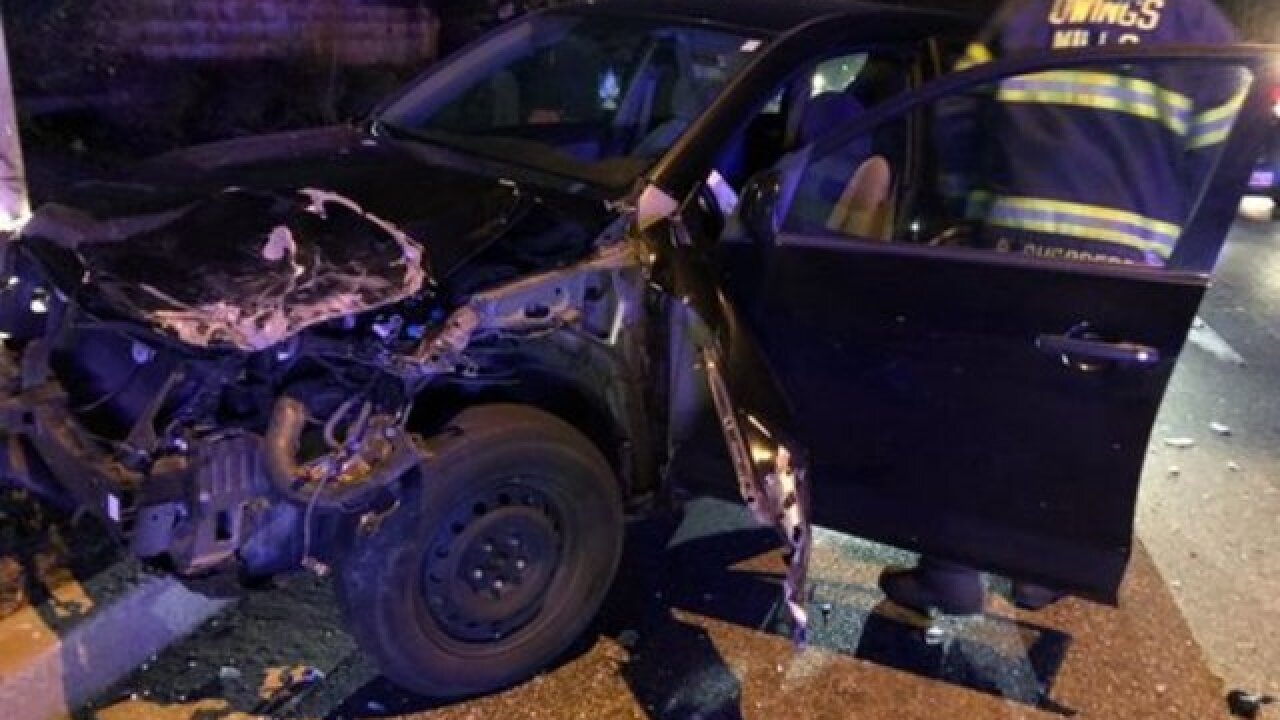 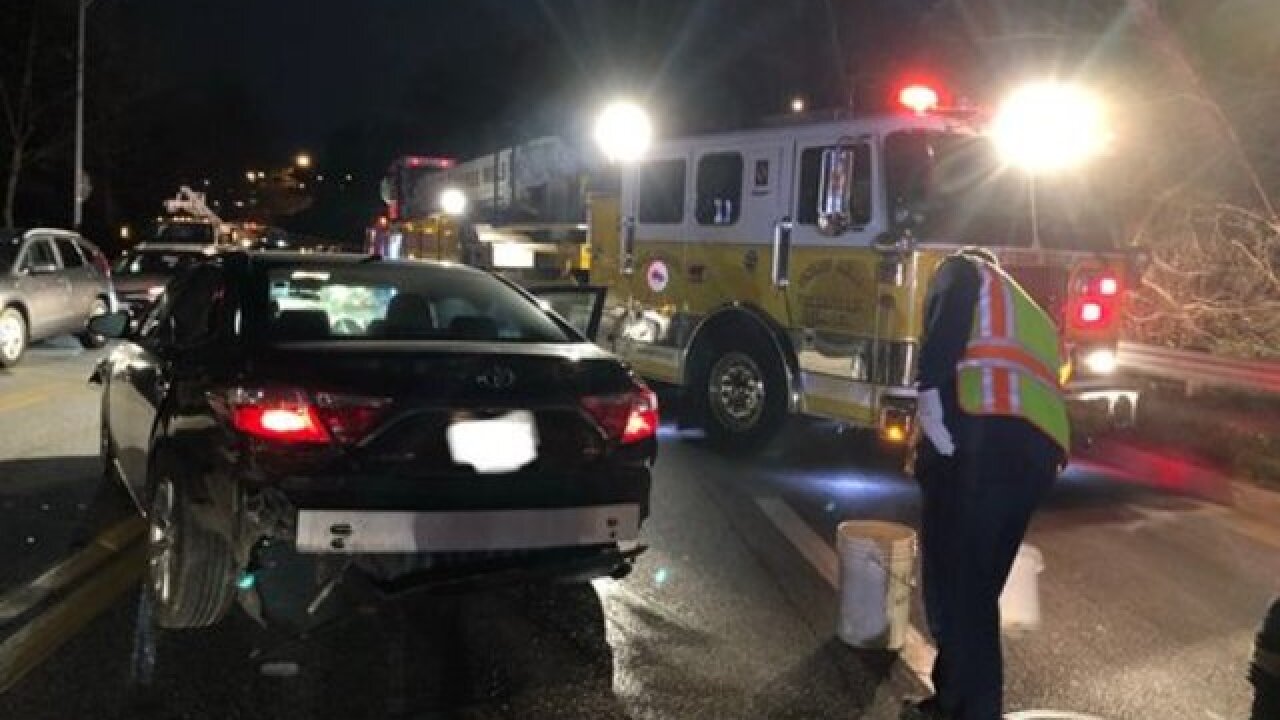 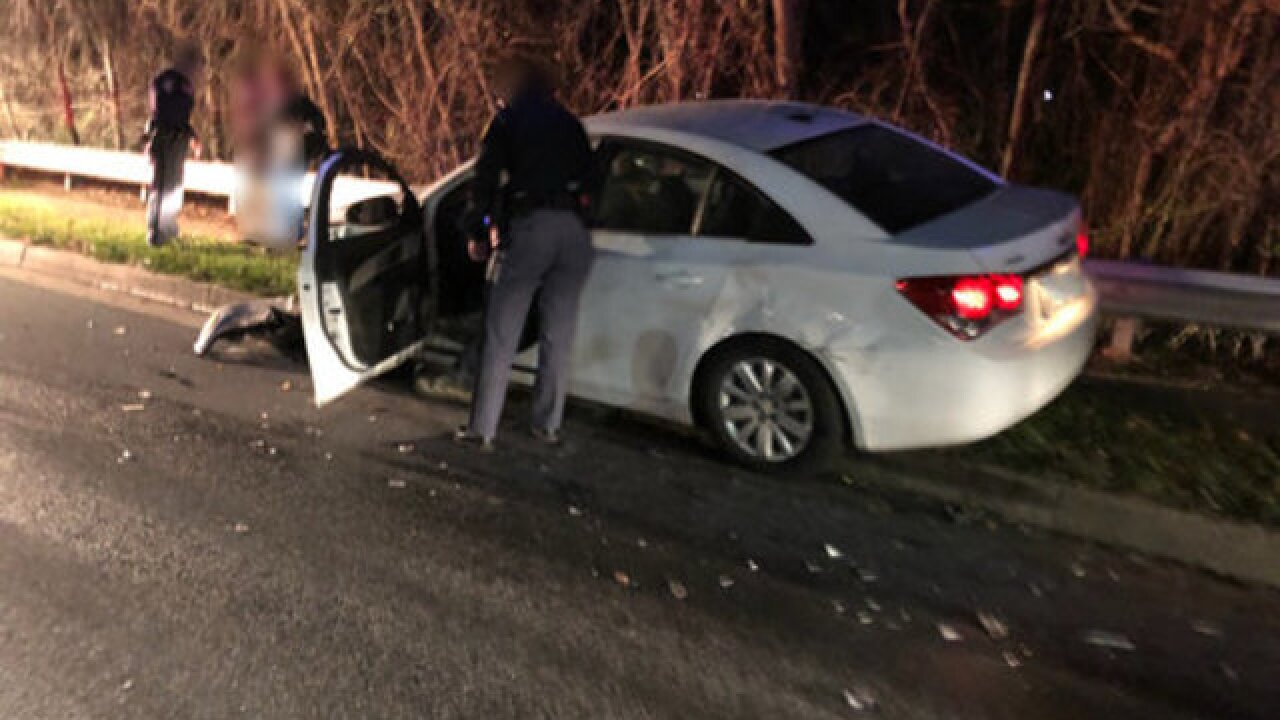 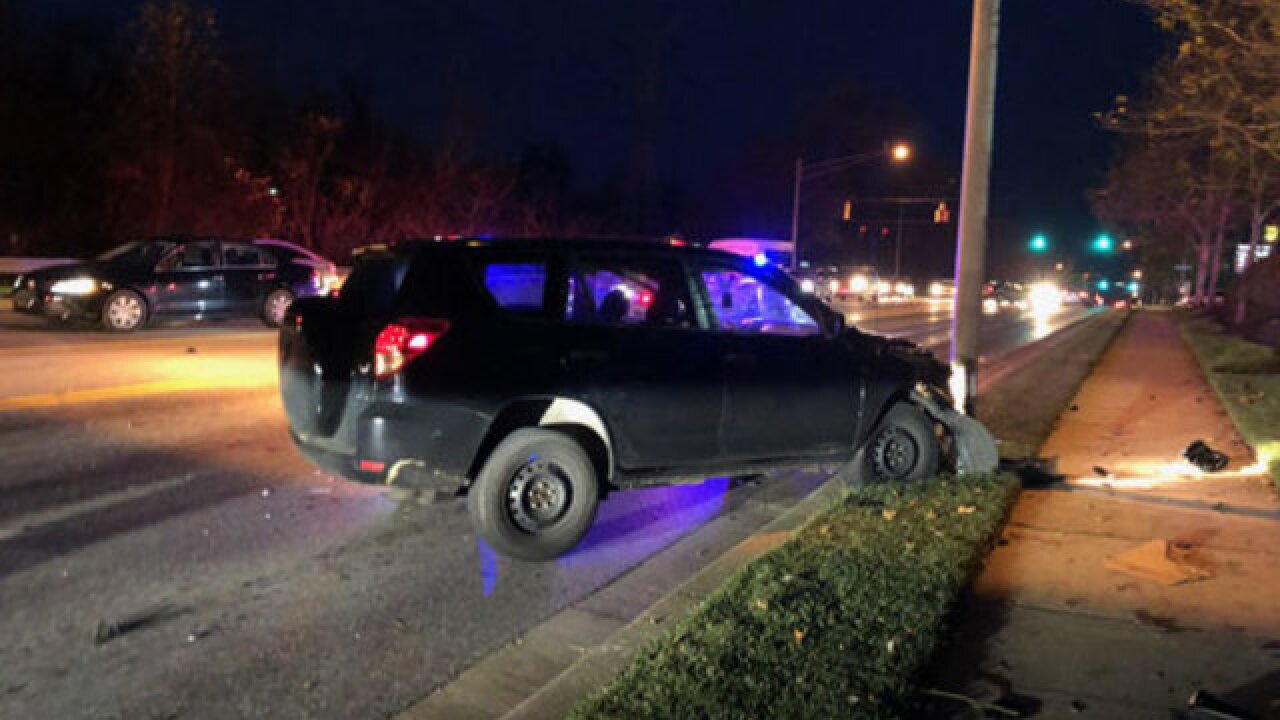 Five people are hurt after a car falls off a ledge.

The Owings Mills Volunteer Fire Company says the incident happened on Tuesday around 5:30 p.m. in a parking lot off of Boulevard Circle.

Officials say a black sedan drove through a parking lot fence and then fell off a ledge landing on Owings Mills Boulevard, where it struck two other vehicles.

Responding units found the broken fence hanging from a nearby tree.

It's unclear what caused the sedan to drive through the fence.