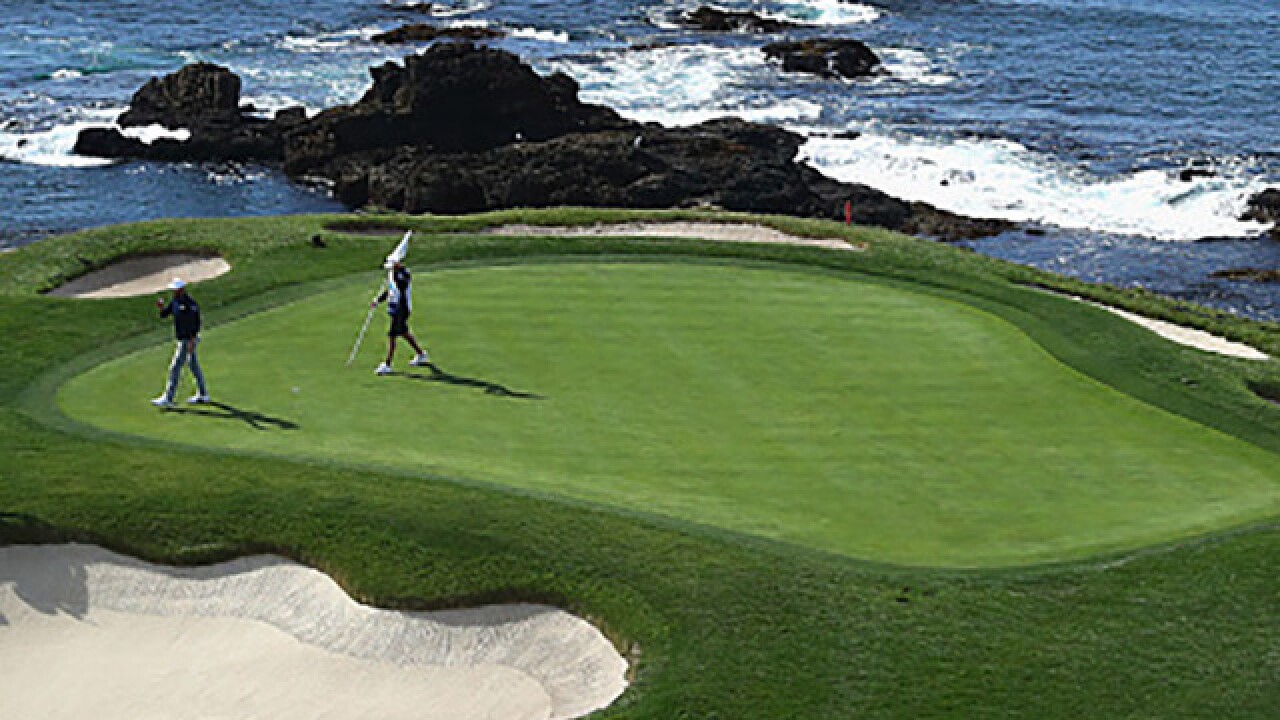 Copyright 2018 Scripps Media, Inc. All rights reserved. This material may not be published, broadcast, rewritten, or redistributed.
Warren Little
<p>PEBBLE BEACH, CA - FEBRUARY 11: Dustin Johnson of the USA acknowledges the crowd on the seventh green during the final round of the AT&T Pebble Beach Pro-Am the Pebble Beach Golf Links on February 11, 2018 in Pebble Beach, California. (Photo by Warren Little/Getty Images)</p>

A Dundalk woman earned a spot in an upcoming PGA Tour event.

Rhianna Stitt, a junior at Sparrows Point High School, received one of 81 spots for junior golfers in the 2018 PURE Insurance Championship Impacting The First Tee. The tournament is held at Pebble Beach Golf Links and Poppy Hills Golf Course in Pebble Beach, Calif., Sept. 24-30. The event will be broadcast internationally on the Golf Channel.

The event pairs the 81 junior golfers with 81 PGA Tour players and 162 amateurs for an official tournament. The junior golfers range in age from 14 to 18. They'll compete for a pro-junior title.

Stitt first joined the First Tee of Greater Baltimore in 2009. She began playing golf at age 5 and now has a handicap of 6.1. She won the Baltimore County High School golf champions for the past two years and hopes to play on the LPGA Tour while also becoming a registered nurse at a pediatric hospital.

Stitt developed a love for the game, saying "it's peaceful and the game of golf brings so much joy and happiness to so many people."