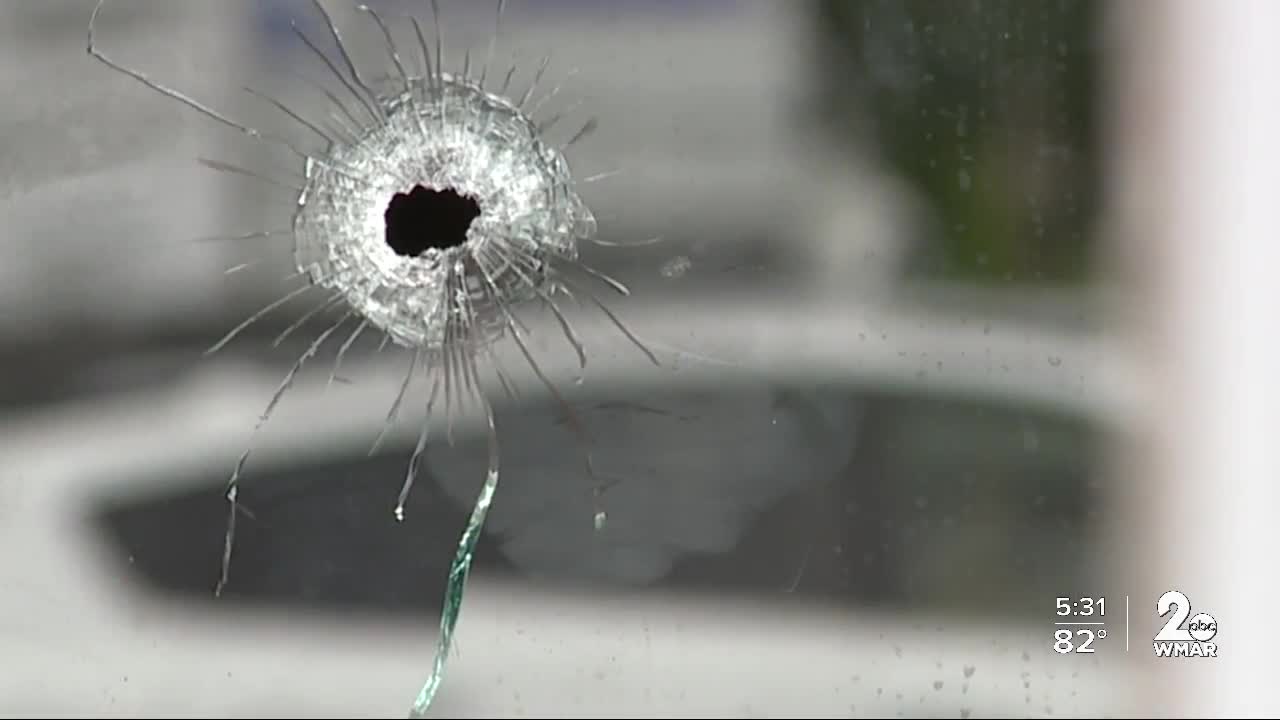 “When the officers got there, they found the two men. One was shot in the upper body. Another one was shot in the lower body,” said Det. Robert Reason of the Baltimore County Police Department. “They’re both two adult males and they were both transported to a local hospital for their injuries.”

One store owner told us police had obtained security video showing a car racing from the scene, but at this point, we don’t know if the shooting itself was captured on camera.

“Right now, detectives are still trying to figure out a motive---why this occurred or what happened prior to make this happen,” said Reason.

The only thing certain for now is that someone gunned down the two men and somehow they escaped the shooting with their lives.

“As of last night, they were non-life threatening injuries and I do believe they are expected to survive,” said Reason.

“Have they been cooperative?” we asked.

“I don’t know the extent of the detectives’ investigation as far as who they’ve spoken to and as far as they’ve gotten,” he responded.