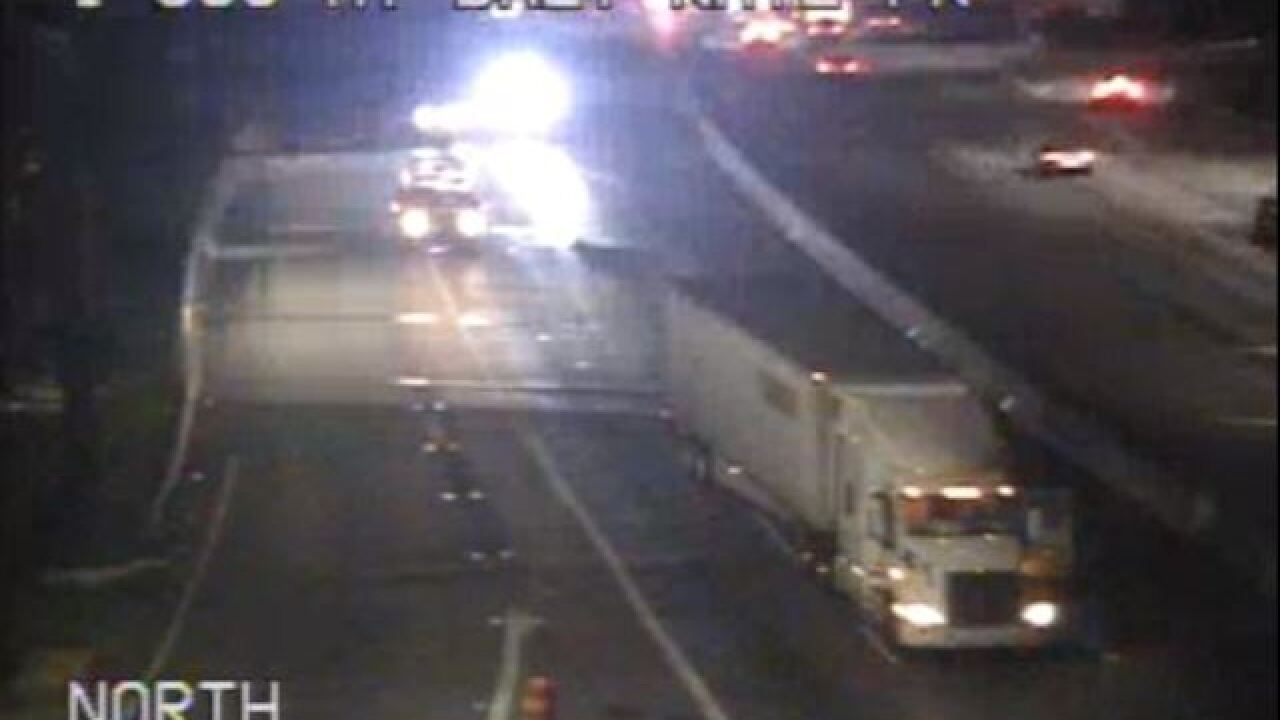 Maryland State Police say a man was hit by a truck after jumping out of his car on the highway Wednesday night.

Police say a preliminary investigation shows that a driver, later identified as Michael C. Dent, hit a car from behind while on the Security Boulevard ramp on the outer loop of I-695 around 8 p.m. Witnesses say Dent then continued to drive on the beltway towards Route 40 before opening his car door and jumping onto the highway.

A tractor-trailer was driving in the lane next to where Dent had jumped out. The driver told police he saw Dent, tried to swerve to the left, but then Dent was hit with the rear tires, ultimately killing him.

Dent's unoccupied car continued for a short distance before stopping on the right side of the highway. According to troopers, no other vehicles were struck and no other injuries were reported.

Police are still trying to figure out why Dent jumped out of his car.