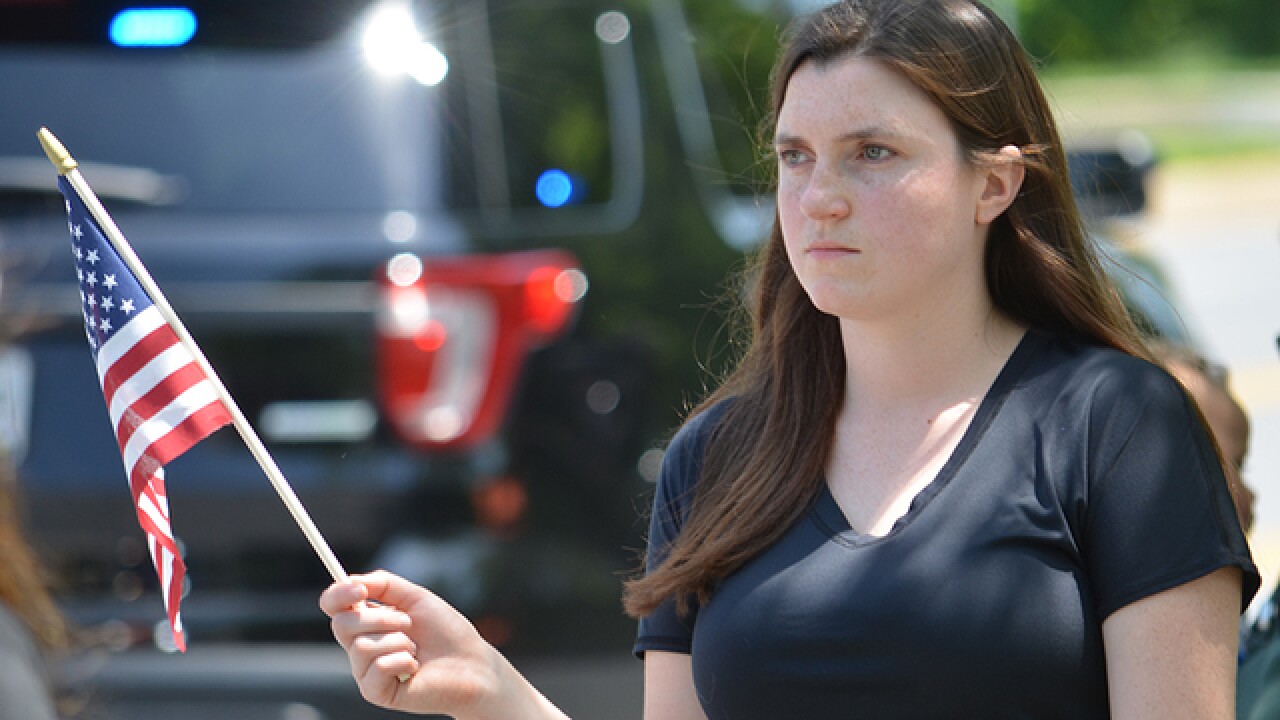 Baltimore County Police Officer Amy Caprio was memorialized and laid to rest Friday, and the law enforcement community and many Marylanders came out to honor and remember the young woman whose life was cut short Monday.

Caprio died after being hit by a car while she was investigating potential burglaries in Perry Hall, Md. The driver of the car who struck her, 16-year-old Dawnta Harris of Baltimore, faces first degree murder charges, as do the three fellow teenagers he was with, in an incident that has left more questions than answers about the juvenile justice system, institutional failings, and how a death like this could have been prevented.

Those who lined the funeral procession's route as it navigated the Harford and Baltimore County communities at its start and end grappled with emotions of sadness, respect, and frustration that what seems like such a senseless death could occur. But more than anything, they wanted to let Caprio, her family, and her brethren in blue know they were supported.

“I think it’s really sad these days, cops are just, you can’t even do your job without being afraid for your life and losing your life, especially as a cop, trying to defend people," said Amy Brown of Timonium, Md.  "I’m just here to support the Baltimore County Police and the police in general.”

Those with ties to law enforcement felt a particular poignancy seeing the cascade of police vehicles roll by.

“It just touches very close to the heart, the loss that the police department has suffered in this family. I wanted to come and pay my respects," said Karen Kennedy, a Baltimore County resident whose son-in-law is a police officer. “I feel very strongly that the police do a very good job, and where the system goes from there needs a really hard look at that, because it’s not working, clearly.”

"My entire family is full of police officers and military, so it hits a little too close to home," Karen Brackin said. "This fella shouldn't have ever been out there. That probably hurts the most as far as the system broke down."

Unfortunately, death leaves many reflecting on moments they can no longer seize. Kelli Boxler said she had seen Caprio at a Dunkin' Donuts in Sparks, Md., and was going to by her some breakfast at the time, but, "I thought I would catch her next time," Boxler said. "I haven't had the chance to do that since. I'm just coming out to pay my respects.

For residents who lived near Caprio's jurisdiction, they felt they owed it to her memory to stand vigil on the procession.

"Since it happened almost in our backyard, we just wanted to come pay our respect and just let her know that her and her family and her officer family are all supported out here," said Lisa Redmond, who lives in Parkville, Md., the precinct where Caprio was stationed. "Just waiting to watch the procession go by and say a prayer."

"I believe in angels, and I'm sure she's one looking down on her friends and family, and colleagues and her police family," said Tammy Blevins, "and you just have to believe."

Click the picture below to see images from the funeral procession: 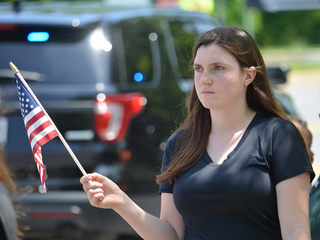