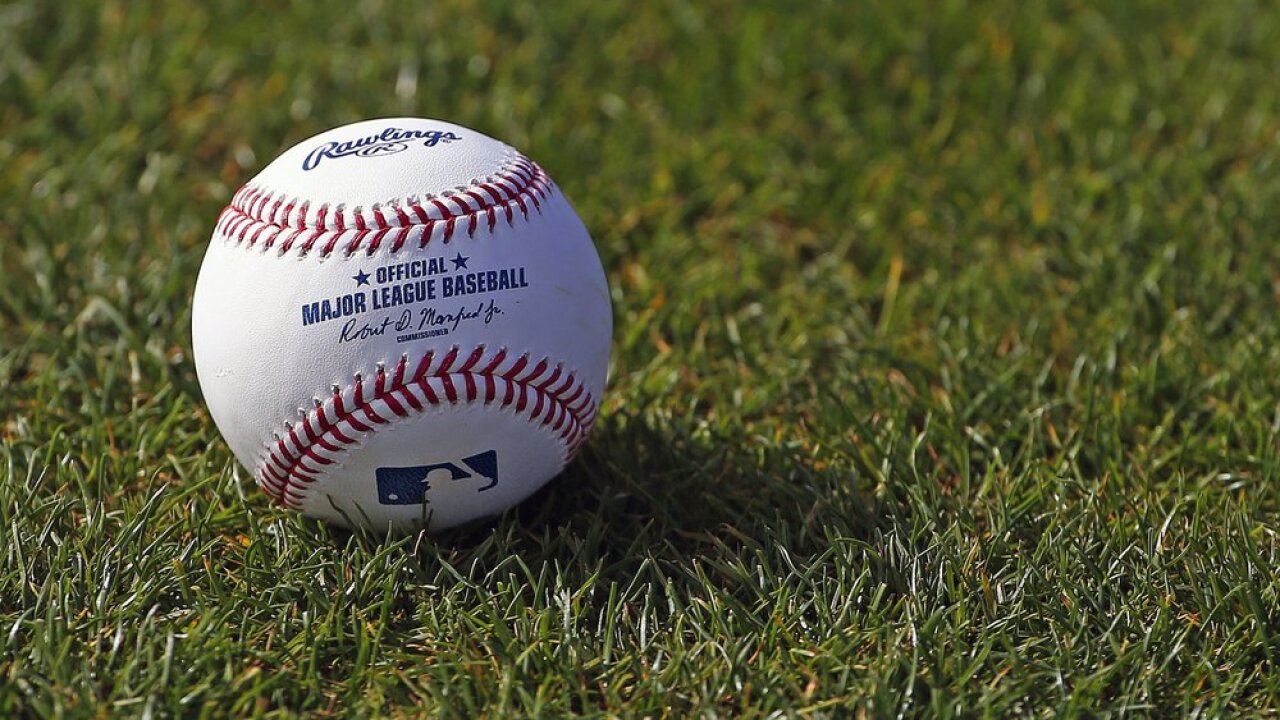 FILE - In this Feb. 17, 2017, file photo, a baseball is shown on the grass at the Cincinnati Reds baseball spring training facility in Goodyear, Ariz. Major League Baseball rejected the players&#39; offer for a 114-game regular season in the pandemic-delayed season with no additional salary cuts and told the union it did not plan to make a counterproposal, a person familiar with the negotiations told The Associated Press. The person spoke on condition of anonymity Wednesday, June 3, 2020, because no statements were authorized. (AP Photo/Ross D. Franklin, FIle)

After graduating from Catonsville, the now 31-year-old left hander went to College Park to play with the Terps before getting selected by the New York Mets in the 11th round of the 2010 Major League Baseball Draft.

This season is Kolarek's fourth in the big leagues. So far he's compiled a 9-3 win loss record with a 3.71 career ERA between the Dodgers and Tampa Bay Rays.