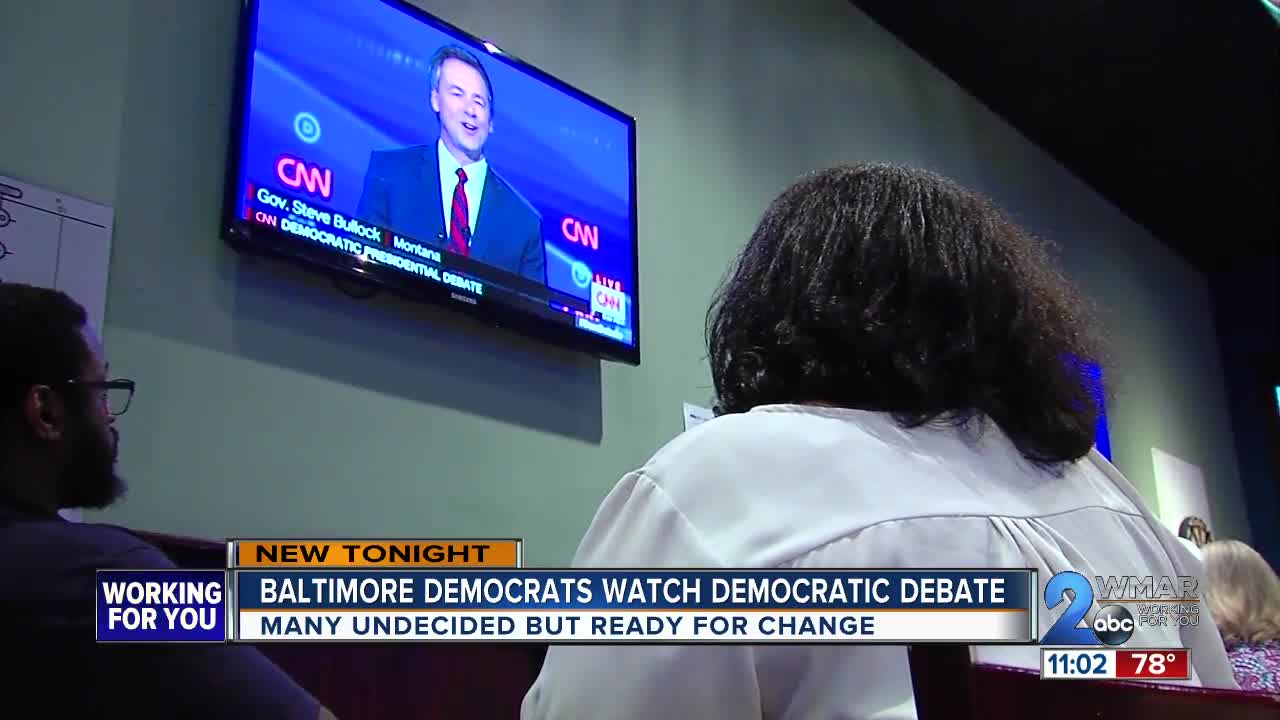 Tuesday night was the first half of the second democratic debate in Detroit, where 10 of the 20 Democratic candidates took to the stage.

BALTIMORE — A group of people gathered in Hunt Valley on Tuesday night for first night of the second Democratic Presidential Debate. Eyes were glued to TVs as 10 candidates took the stage.

Vanessa Carrington, with the North Baltimore County Democratic Club, wasn't surprised by the first two topics that took up most of the first hour, healthcare and immigration. Wrapping up the first hour was a discussion of gun violence, focusing on mass shootings.

Baltimore wasn't discussed. Carrington and others watching the debate hoped it would be discussed since Baltimore has been making national headlines after President Trump made negative comments about the city and Representative Elijah Cummings.

Later in the debate, it was briefly mentioned, but there was never a discussion about the city or the president's actions.

"Obviously Baltimore has huge challenges and huge problems to solve but the solution isn’t to trash the city and call it rat infested. The solution is to call for new ideas, new leadership and to make a positive approach," said Henry Callegary, the President of Baltimore County Young Democrats.

His focus is on the impact this election will have on the younger generation.

Callegary wants to see all cities fixed. With a year left until the election, he's excited to hear from all the candidates.

"It gives people a chance to make up their mind," said Callegary. "I’m still undecided, and it’s exciting to have candidates."