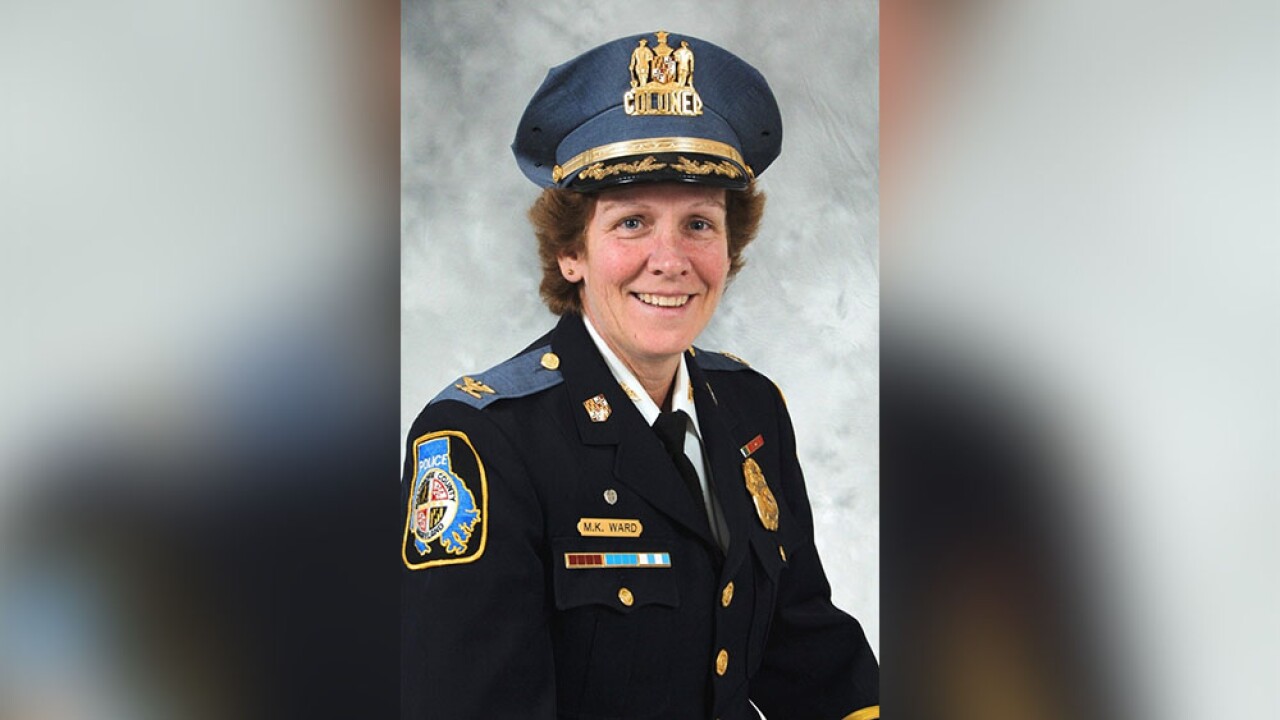 Colonel Ward began her career with the Baltimore County Police Department in 1981. When she retired after 33 years of service in 2015, Colonel Ward was the highest ranking female officer in the history of the department, and remains so only to the exception of the appointment of Chief Hyatt in 2019.

Funeral and mass services for retired Colonel Ward will be held privately, but a prayer service and eulogies will be held immediately following, open to the public at: